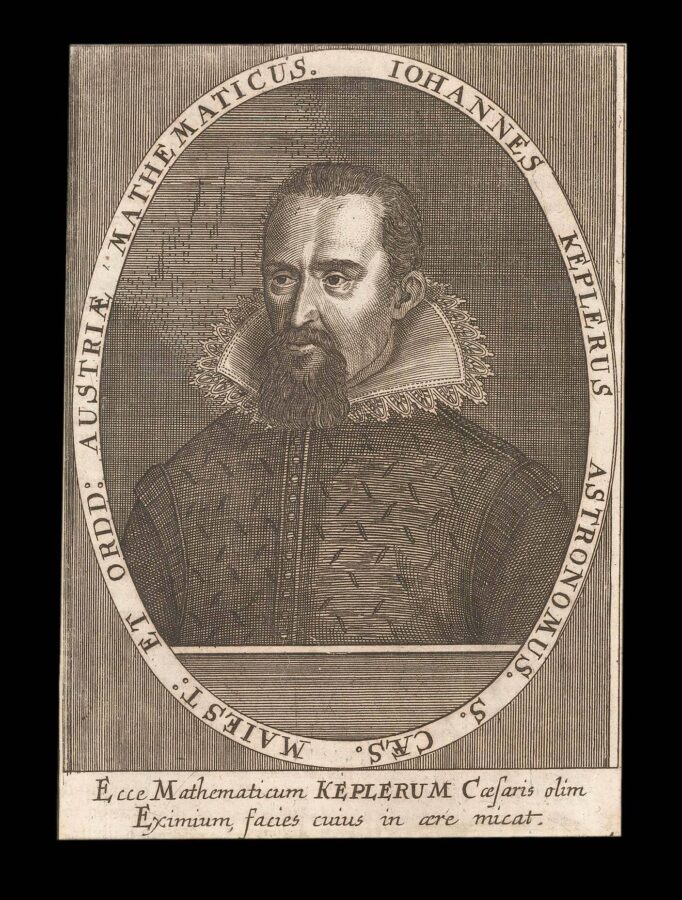 Johannes Kepler(1571–1630) established three laws of planetary motion after observing the elliptical orbit of Mars. He first published his theories on two laws in ​‘Astronomia nova’ (1609) after spending nearly ten years as Tycho Brahe’s assistant in Prague; and concluded with a third in ​‘Harmonice mundi’ (1619).

Recognising something close to the theory of gravity, Kepler proposed that the sun controlled the planets by magnetic force, and published his ​“Rudolphine Tables” of planetary motion in 1627, which remained in use into the eighteenth century.