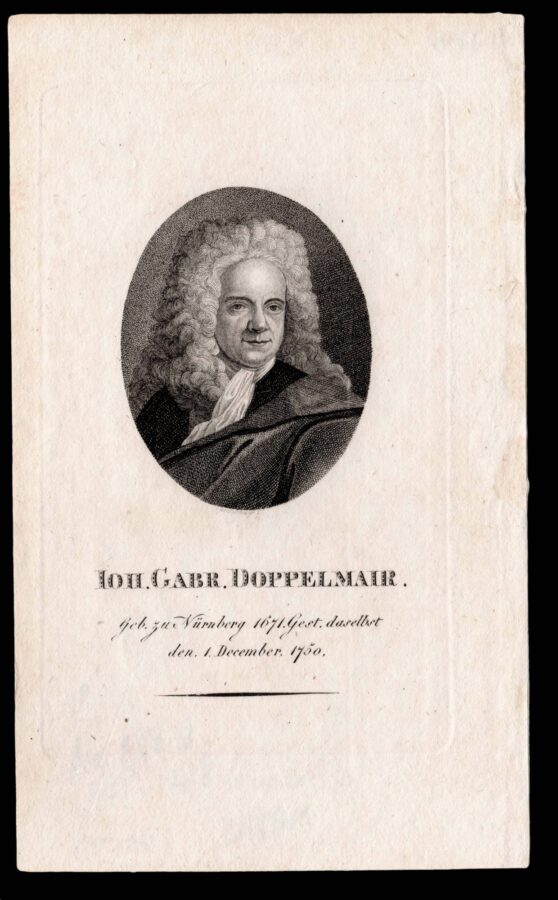 Among the many portraits engraved for Zach and Bertuch’s ​‘Allgemeine Geographische Ephemeriden’ during the early nineteenth century was one of German mathematician, astronomer and cartographer, Johann Gabriel Doppelmayr (1677–1750). Doppelmayr’s ​‘Atlas Coelestis’ was published by his close friend Homann in 1742; it contained 30 plates, 20 of which depicted astronoomical themes and systems, including those of Copernicus and Tycho Brahe. His astronomical contributions resulted in both a lunar crater and a minor planet being named after him. Depicting Doppelmayr in academic robes and a voluminous peruke, the portrait may have been based on an earlier engraving publilshed in Nuremberg in 1727.