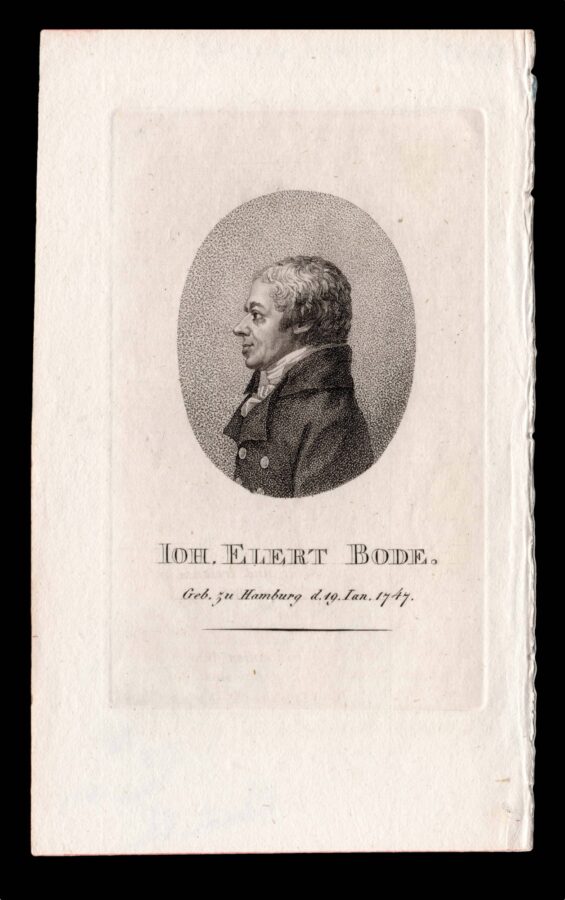 Volume 23 of the ​‘Allgemeine Geographische Ephemeriden’ published in 1807 contained a portrait of German astronomer Johann Elert Bode (1747 — 1826). As director of the Berlin Observatory, Bode named Uranus after it was determined to be a planet in 1783. His star atlas of 1801, which he named the ​‘Uranographia’, was the largest to date and contained the positions of more than 17,000 stars. In fact, it was one of the last scientific astronomic atlases to depict the traditional figures for constellations.

His portrait in the ​“AGE” shows Bode wearing a formal coat and cravat. His profile positioning was probably intended to hide the obvious damage done in his youth to his right eye by a disease. Beneath the portrait, set in an oval, his name and date of death are given.