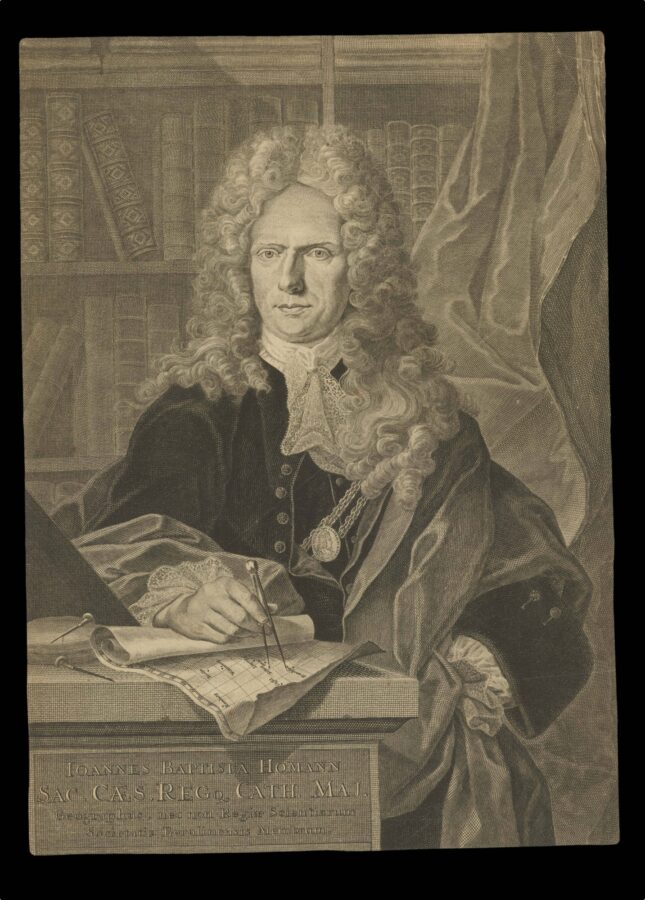 Johann Baptiste Homann (1664–1724) was a German map publisher who founded a firm in Nuremberg in 1702, after studying in Vienna. In 1715, he was appointed to the prestigious position of imperial cartographer to the Holy Roman Emperor, Charles VI, and in the same year also became a member of the Royal Academy of Sciences in Berlin. Having published hundreds of individual maps, Homann’s first atlas appeared in 1707, and in 1716 he published the ​‘Grosser Atlas uber die ganze Welt’, which would come to be known as his masterpiece. After his death, the firm was taken over by his sons, who continued to produce cartographical materials.

This portrait shows Homann seated at a desk in front of a large bookcase, wearing elaborate robes and a great powdered wig. He is using a pair of compasses to plot a chart unfurled on the surface in front of him. The engraving was probably made between 1716 and 1724, by German printmaker Johann Wilhelm Winter, and was based on a painting by Johann Kenckel, executed while Homann was still alive.