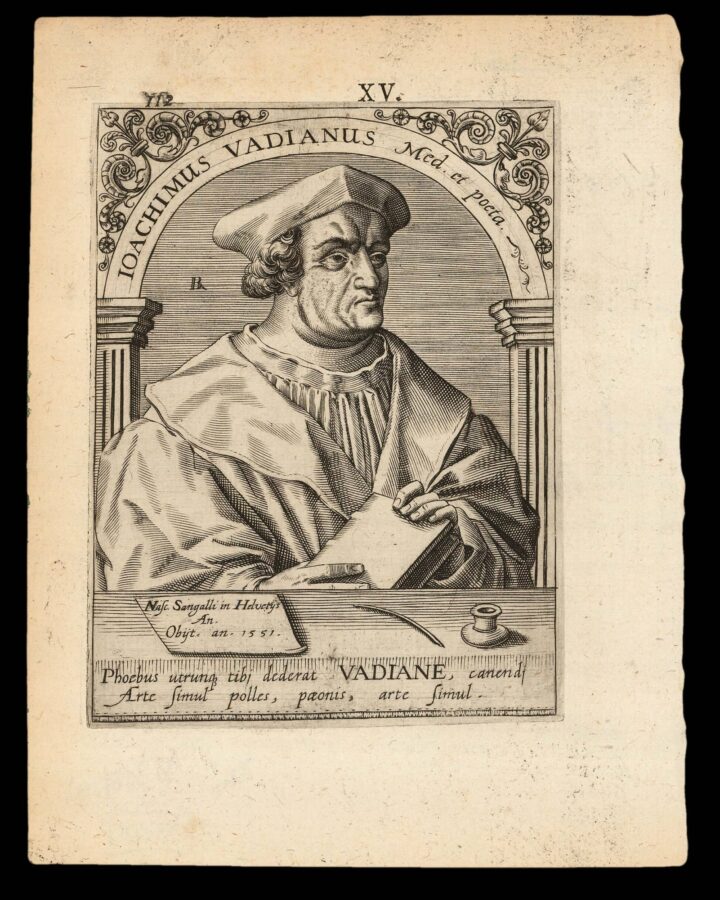 Joachim Vadian, born as Joachim von Watt (1484–1551), was Swiss Humanist and scholar. In 1534 he published his ​‘Epitome trium terrae partium, Asiae, Africae et Europae compendiariam locorum descriptionem continens’, a rare but influential description of the world, containing a world map which was one of the first to show the complete outline of South America.

Vadian was among the Humanists to feature in Boissard’s ​‘Bibliotheca Chalcographic’, a portrait gallery of hundreds of reformers published in 1627. Like most of the portraits in the work, Vadian’s was engraved by Johann Theodor de Bry and shows the subject seated at a desk wearing a cap and flowing robes. He is holding a book and on the surface in front of him a piece of parchment declares his date of death in 1551. Beneath this is a Latin epithet. 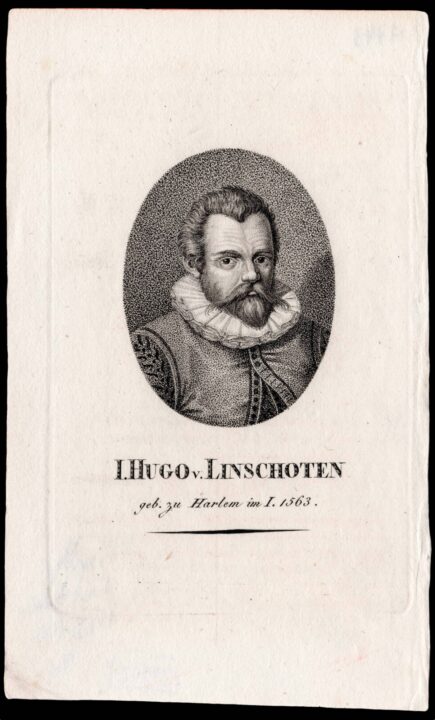