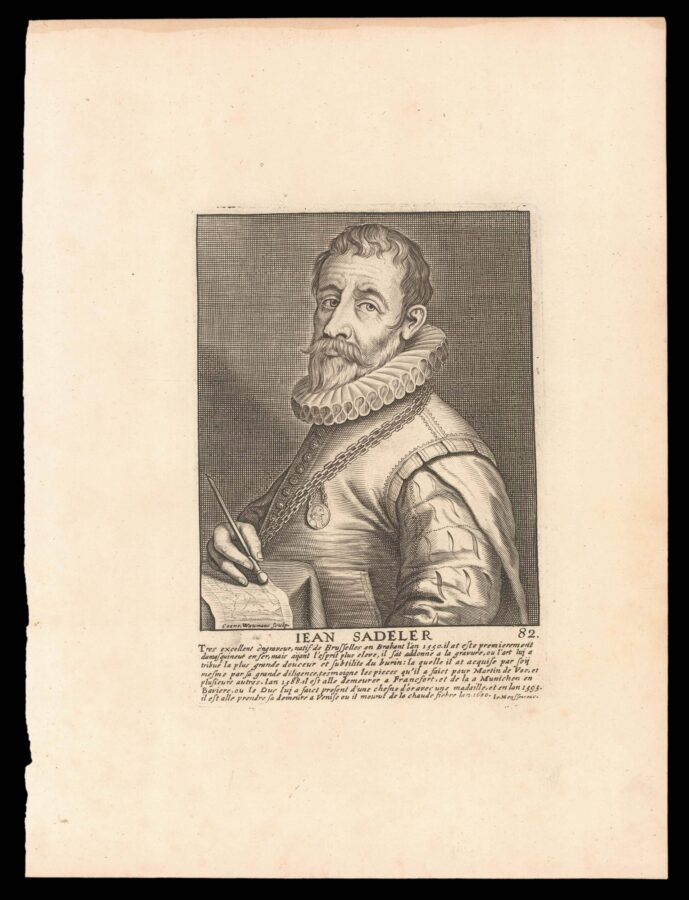 Jan Sadeler (c1550-1600) was an engraver and publisher who worked in his native Antwerp, and then in Cologne where he received an imperial privilege in 1581. He later served as court engraver in Munich between 1588 and 1595, and finally moved to Venice where he received a papal privilege in 1598. Among his notable contributions was his work for Christophe Plantin, the publisher of Ortelius’s ​‘Theatrum’.

His portrait, in three-quarter perspective, shows Sadeler wearing a ruff and doublet, with a chain and medallion around his neck. In his right hand he is holding an tool and working on an engraving. Beneath the image is French text providing a short biography. The engraving by Conrad Waumans was included in Meyssens’ ​‘Images de divers hommes’ in 1649.