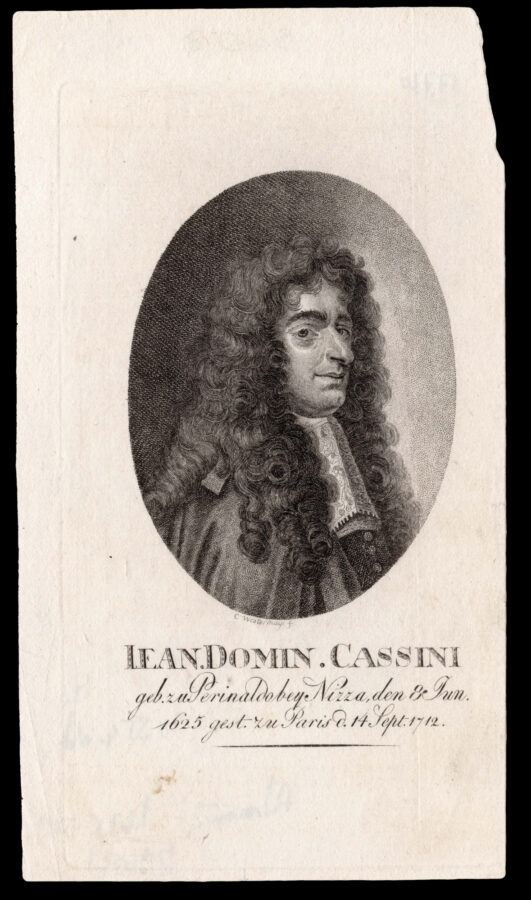 Giovanni Domenico Cassini (1625–1712) an Italian mathematician and astronomer, who, on taking up French citizenship, changed his name to Jean-Dominique. He discovered four of the moons and the Cassini Division in the rings of Saturn in 1675. In cartography he was the first to make successful measurements of longitude by the method suggested by Galileo, using eclipses of the satellites of Jupiter as a clock, a method used to measure France accurately for the first time. On hearing that France was considerably smaller than expected, Louis XIV joked that Cassini had taken more of his kingdom from him than he had won in all his wars.

An 1808 issue of the ​‘Allgemeine geographische Ephemeriden’, the geographical journal published by Zach and Bertuch, contained a portrait of Cassini engraved by German draughtsman Westermayer after a portrait by French artist Jean Henri Cless. The astronomer is shown in three-quarter view wearing robes and a long dark wig.