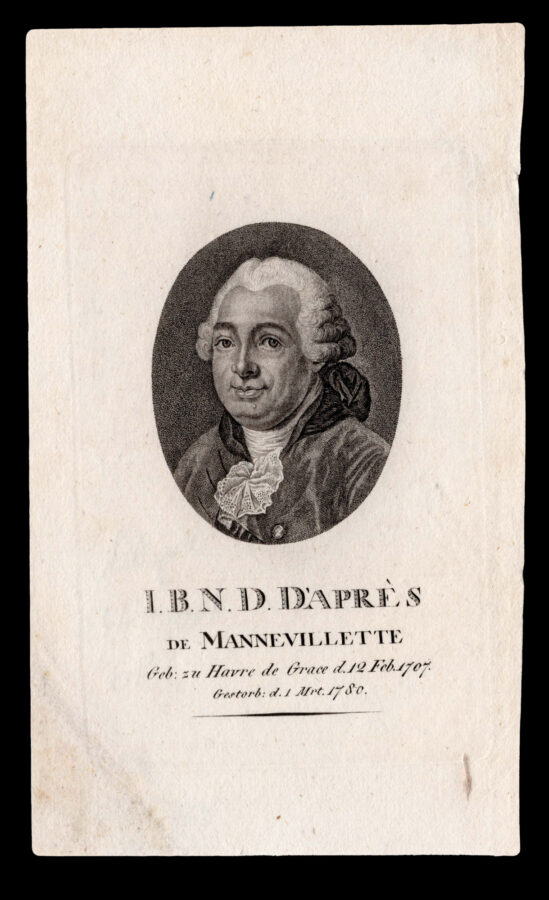 One of the first French hydrographers, Jean-Baptiste-Nicolas-Denis d’Après de Mannevillette (1707–1780), published his atlas, ​‘Le Neptune Oriental’, in Paris in 1745 with the support of the Academie des Sciences. He had gained the information for many of the charts and maps during the voyages he had undertaken as a captain for the Compagnie des Indes. In 1772, helped by his friend Alexander Dalrymple, the Scottish geographer who became the first Hydrographer of the British Admiralty, he published a much-enlarged new edition.

D’Après de Mannevillett’s portrait, based on an earlier image by printmaker Charles-Emmanuel Patas, was reengraved for the ​‘Allgemeine Geographische Ephemeriden’. It shows the hydrographer wearing a powdered wig, a coat, cravat, and, most uncharacteristically for eighteenth century portraits, a smile.