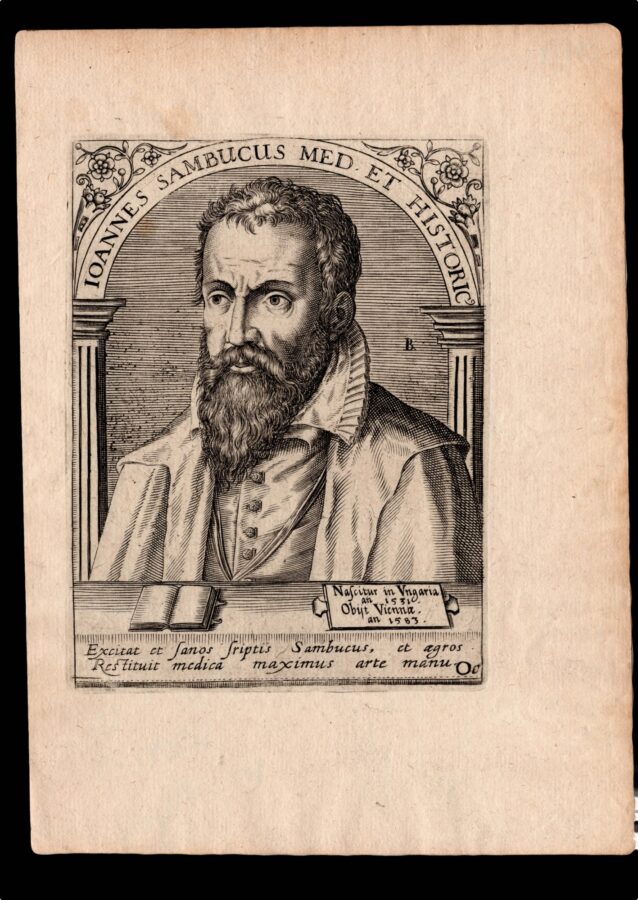 János Zsámboky (1531–81), who later Latinised his name to Johannes Sambucus was a Hungarian humanist scholar and physician who, in addition to serving as court physician to Emperor Maximillian II, produced a number of important publications. His maps of Hungary, Transilvania & Illyria were used by Abraham Ortelius, and his book of emblemata was printed in five editions and translated into French and Dutch. Sambucus was also a poet and avid collector, amassing a great number of coins and pieces of art during his lifetime.

His portrait was included among the series published by Jean Jacques Boissard in is ​‘Bibliotheca Chalcographica’ of 1650. The portrait, engraved by Theodor de Bry, was based on a print by Philips Galle from 1572. It shows the bearded scholar wearing a coat and collar, and de Bry has added in additional details not included on the original portrait in the form of an unscrolled parchment bearing Sambucus’ date of death, and two lines of Latin: ​“Excitat et sanos s[c]riptis Sambucus, et a[e]gros. Restituit medica maximus arte manu.” (‘In his writings, Sambucus rouses both the healthy and the sick. Through skill, this great man revives with his healing hand’). 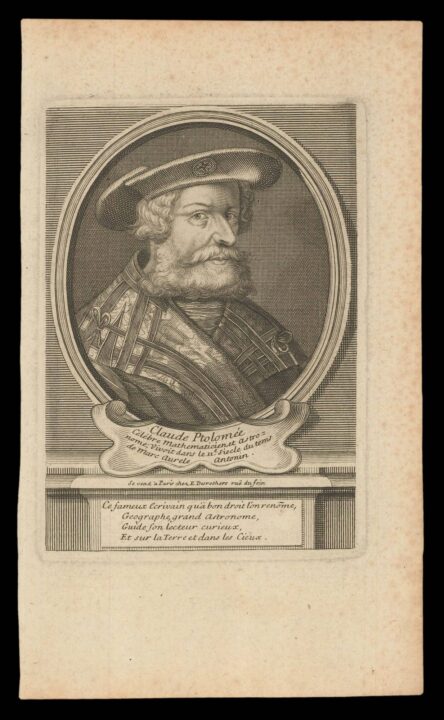