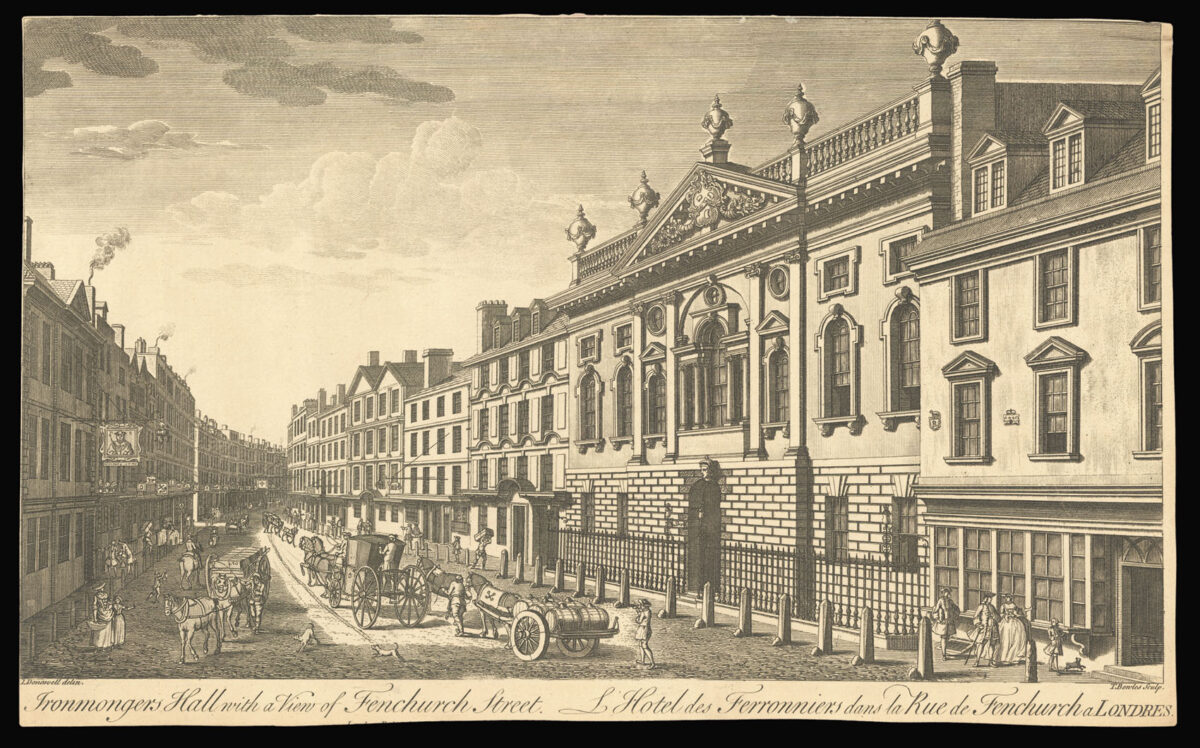 Ironmongers Hall with a View of Fenchurch Street.

A perspective print of Ironmonger’s Hall. A ​‘perspective’ print was designed to be viewed ​“through a double convex lens which gives the illusion of depth”, and normally showed architecture or formal gardens that could be drawn with straight lines converging to a vanishing point (V&A). The lens was sometimes mounted with a mirror so prints could be viewed while flat. Perspective prints were available throughout the eighteenth century and early in the nineteenth centuries although the period of their greatest popularity was c1740 to 1790. The fashion for these prints was international, and prints were often issued, as in this example, with captions in multiple languages.

The publication details have been trimmed from the print. The British Library has a copy printed for ​“Tho. Bowles in St. Pauls Church Yard. John Bowles and Son in Cornhill, R Sayer in Fleet Street, and H Overton without Newgate” and gives the date as 1753. The V&A has a copy printed for ​“Carington Bowles in St. Paul’s Churchyard, John Bowles in Cornhil, and R. Sayer in Fleet Street”, with the number 49 at the upper right corner (also trimmed in this copy) and dates it 1750.