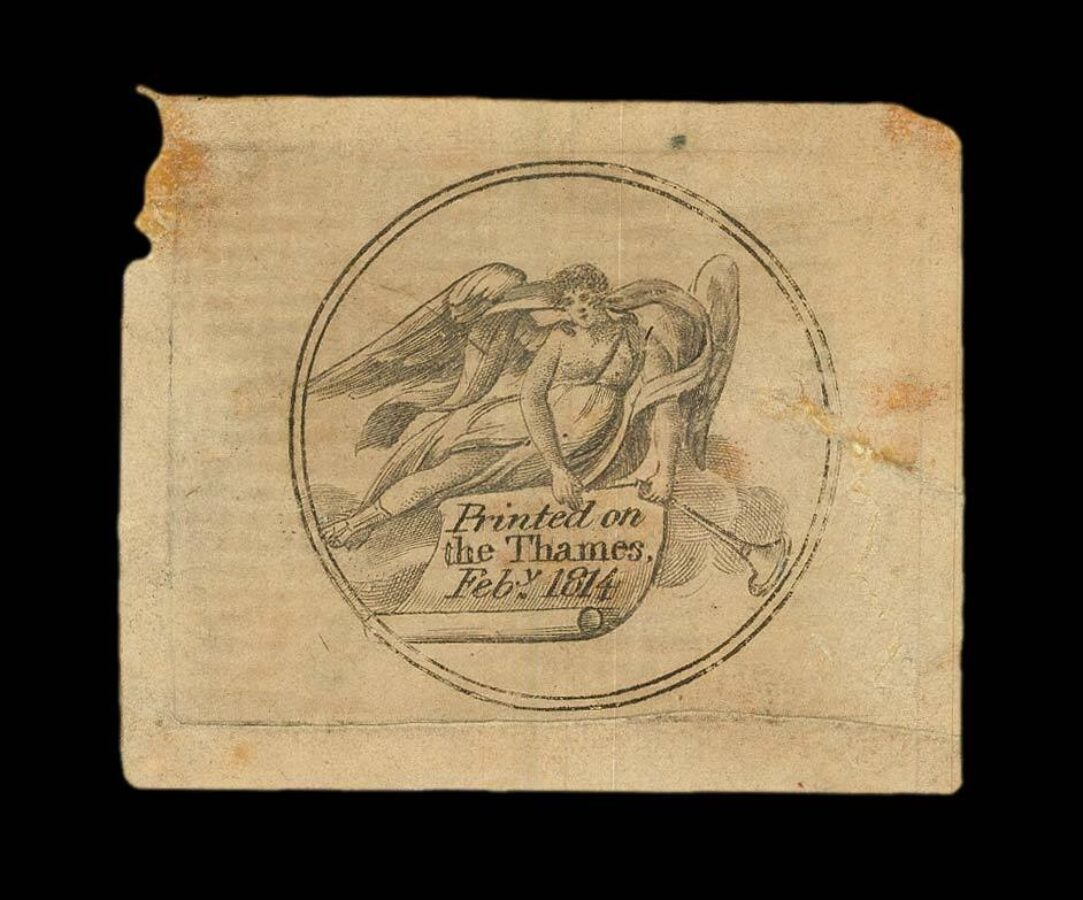 From one of the presses working on the ice this small ticket, depicting the winged messenger of the Gods, Iris, within a roundel, was printed as a souvenir commemorating the Frost Fair on the frozen River Thames of 1814.