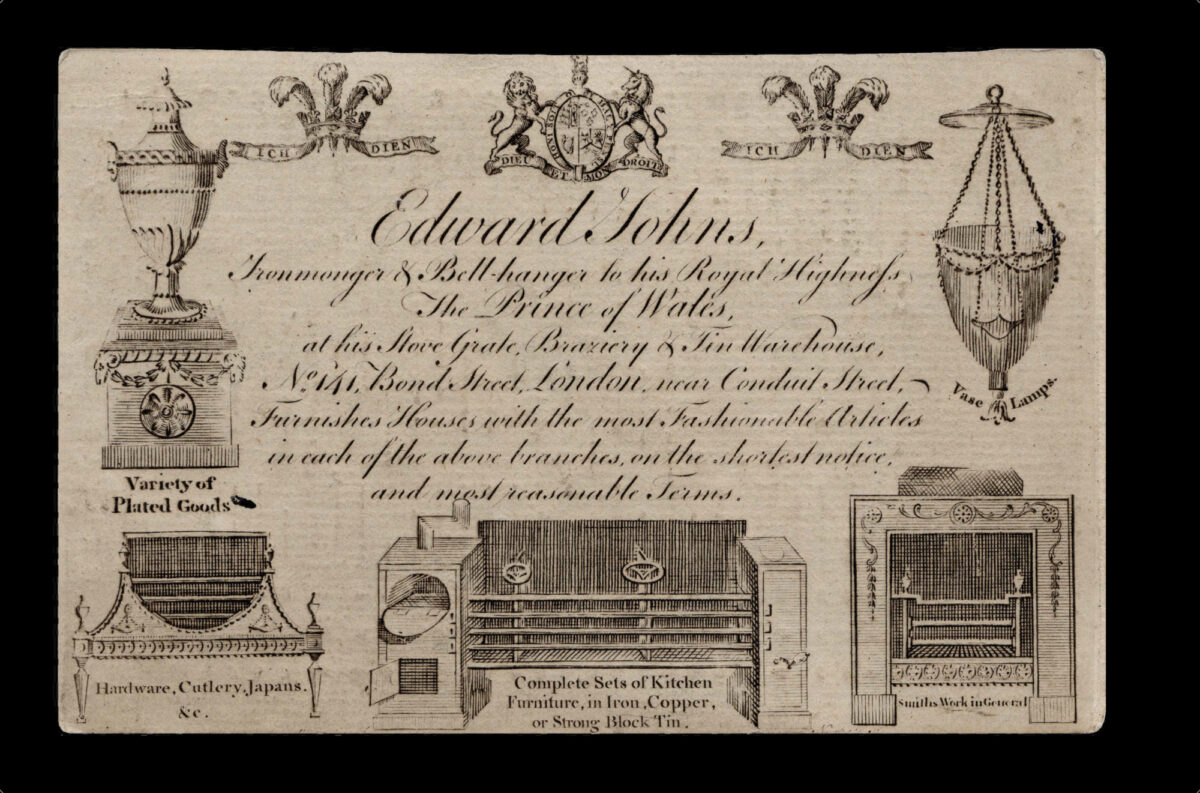 I is for Ironmonger

Edward Johns, Ironmonger & Bell-hanger to his Royal Highness the Prince of Wales,… Furnishes Houses with the most Fashionable Articles in each of the above branches on the shortest notice and most reasonable Terms.

Trade card of Edward Johns, an ironmonger and metalworker who, in 1791, became Master of The Worshipful Company of Drapers, one of the historic Great Twelve Livery Companies, founded in 1361. Originally an organisation for wool and cloth merchants, the company became one of the most powerful in the country and to this day owns an extensive archive of silver and metalwork, dating back to the twelfth century.

Advertisements for his services as an ironmonger, brazier and hardwareman exist from 1778, demonstrating that he was active at his premises at 141 Bond Street during the final decades of the eighteenth century. Illustrating the present trade card, which contains details about his location, wares and services, are small engravings of his various goods, namely: ​“vase lamps”; ​“smith works in general”; ​“complete sets of kitchen furniture in iron, copper, or strong block tin”; ​“hardware, cutlery, Japans, &c”; ​“varity of plated goods”.

Along the upper edge of the card is the Great British coat of arms flanked by the heraldic badge of the Prince of Wales, to whom Johns was an official bell-hanger, a job typically associated with metal workers. 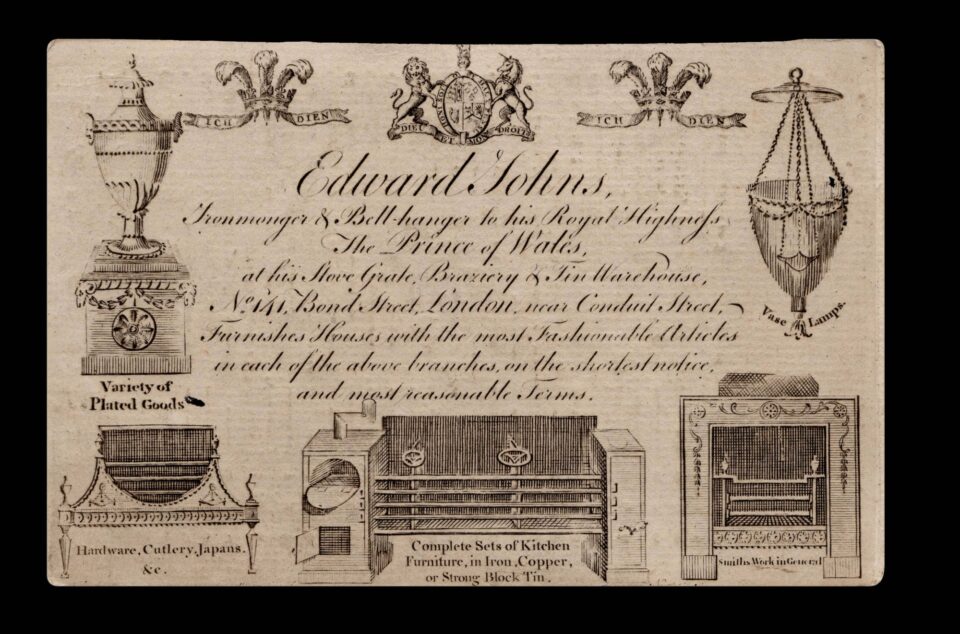