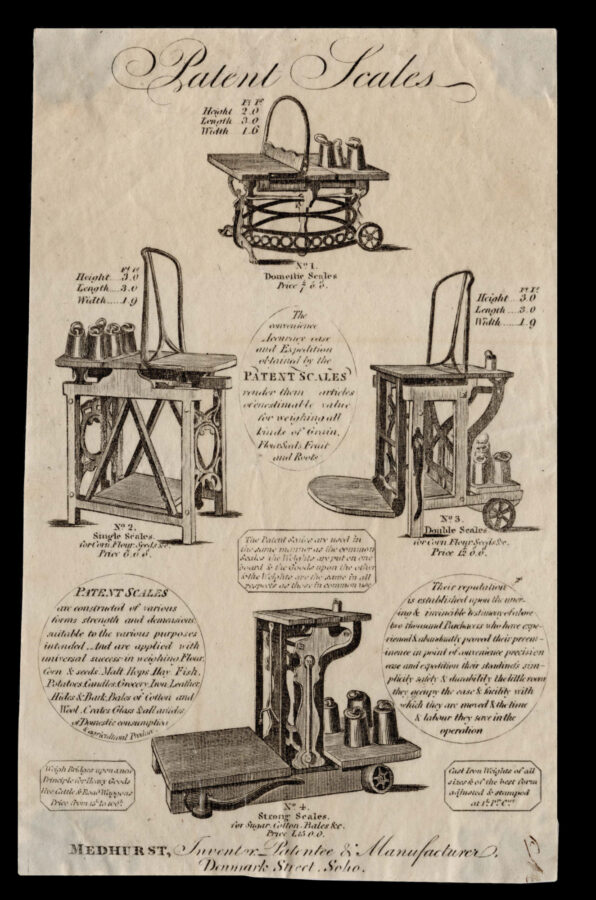 I is for Inventor

Medhurst (1759–1827), founded a weighing machinery business in Oxford Street, in 1800, after originally training as a clockmaker. However, he changed courses, when the imposition of a hefty duty on clocks proved too onerous. His first invention, which he patented, was ​“a wind-mill and pumps for compressing air for obtaining motive power”, and throughout his life he engineered various devices increasingly more efficient at compressing air, for more elaborate uses, including the ​“pneumatic dispatch” which conveyed small packages through tubes at great speed, but which, he imagined could also be used to propel trains through tunnels.

Medhurst’s foundry was based in Denmark Street, Soho, on the site of the earlier scale company run by Valentine Anscheutz and John Schlaff. Medhurst’s own equal balance weighing machine was once ​“found in almost every retail shop” (‘Grace’s Guide to British Industrial History’, online). 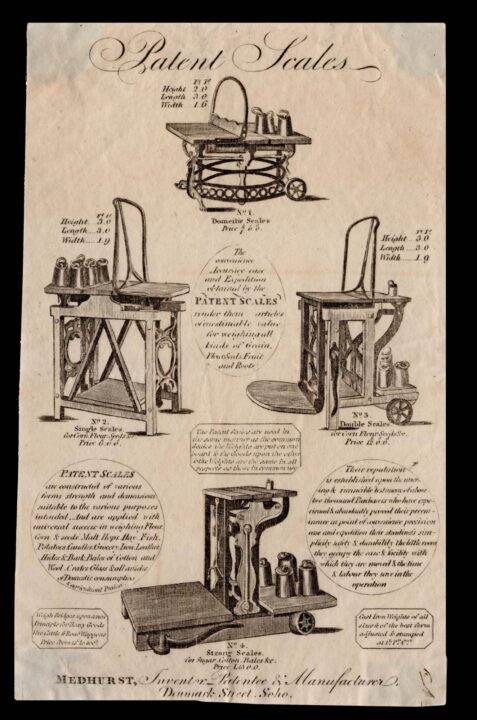