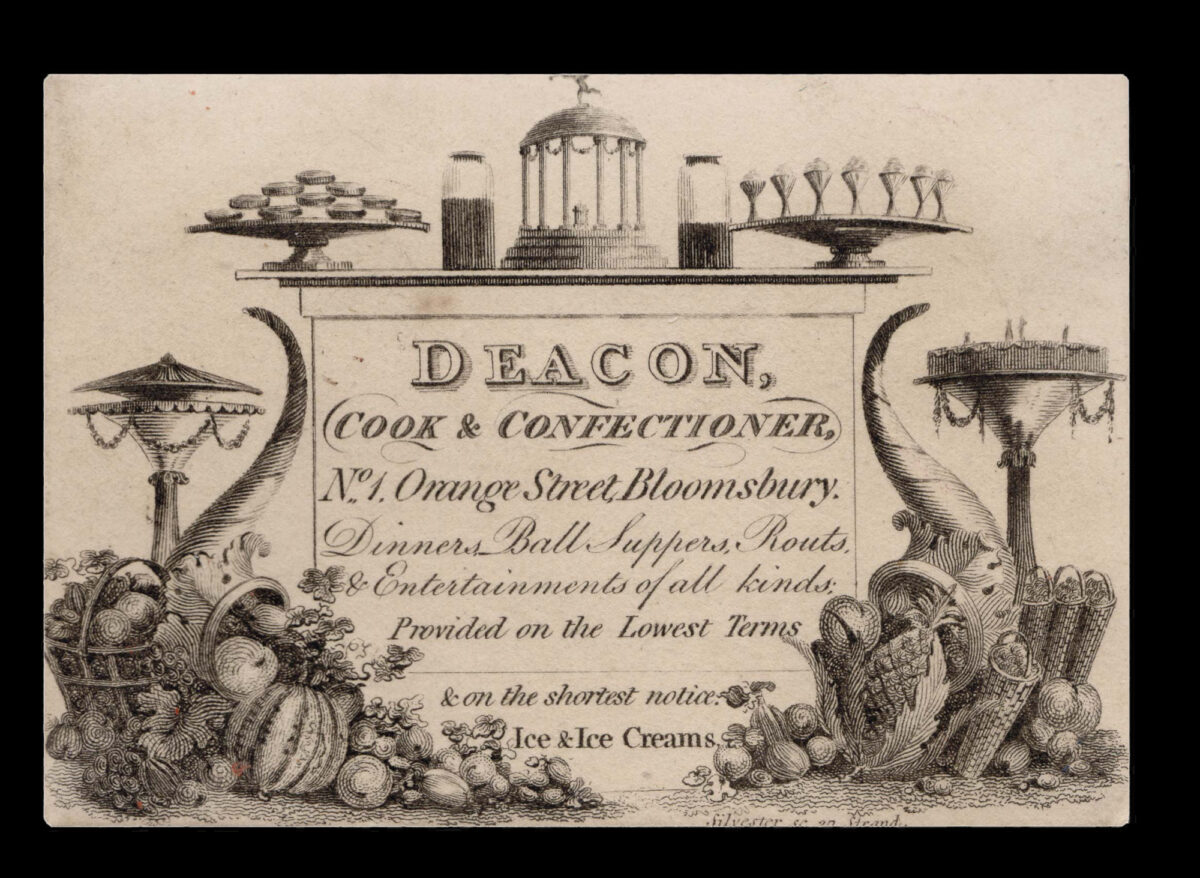 I is for Ice Cream Maker

The career of pastry chef, confectioner and caterer Benjamin Deacon does not appear to have got off to a very good, with numerous newspapers and gazettes reporting his bankruptcy in 1805. Indeed the London Gazette invited ​“the creditors who have proved their Debts under a Commission of Bankrupt awarded and issued against Benjamin Deacon, of. Orange-Street, near Bloomsbury-Square, in the County of Middlesex, Pastry-Cook, Confectioner, Dealer and Chapman, are. desired to meet the Assignees of the said. Bankrupt’s Estate and Effects.…for the Recovery of any Part of the Bankrupt’s Estate and Effects”.

However, despite these financial setbacks, Deacon appears once again operating from the same premises at 1 Orange Street in ​‘Johnstone’s London Commercial Guide, and Street Directory’ of 1818. It is not clear whether the present trade card, which advertises Deacon’s services catering for ​“dinners, ball suppers, routs, & entertainments of all kinds”, was in circulation before his bankruptcy or in the aftermath of his revival. It was engraved by Richard Silvester, an engraver who operated from 27 The Strand from 1802 to 1836. Adorning the outer edges is an engraved abundance of delicacies, with cornucopias spilling with exotic fruits and ornate cakes placed on towering tables.

At the top of the image are platters bearing tarts and ice creams, the latter being proudly specified in a note at the bottom of the card. Ice cream recipes had first appeared in Britain the previous century, with a recipe published in 1718 in ​‘Mrs Mary Eales’s and another in the 1751 edition of Hannah Glasse’s famous ​‘The Art of Cookery made Plain and Easy’. The treat still remained the preserve of the wealthy, who could afford ice houses or to hire a caterer who had access to one, such as Deacon. Later, in 1851, Swiss émigré Carlo Gatti would open London’s first ice cream stand outside Charing Cross station, selling scoops for one penny. 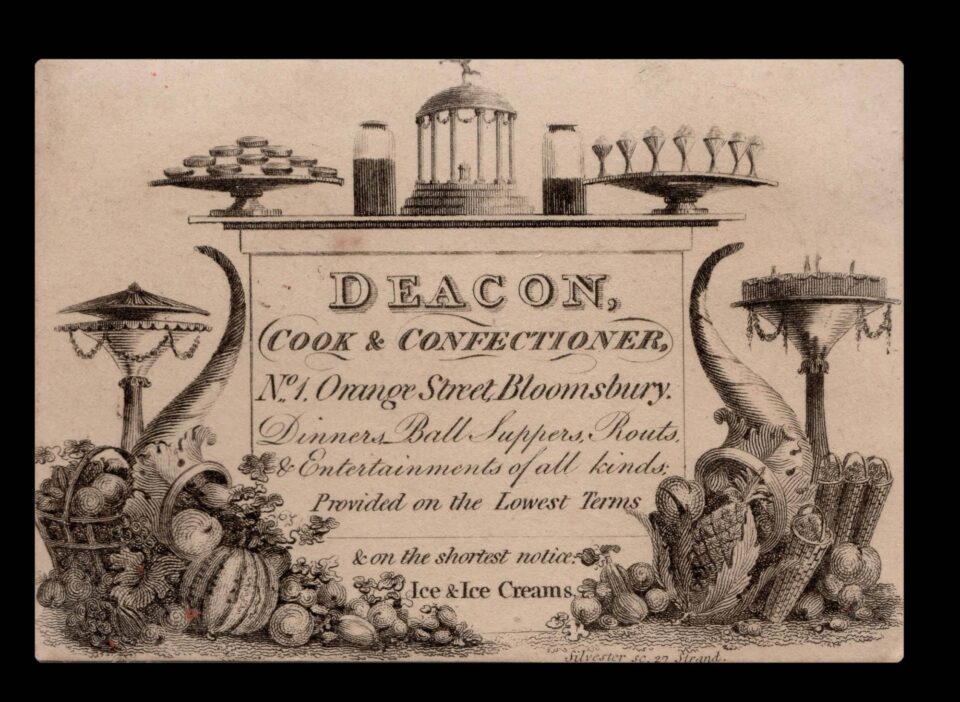