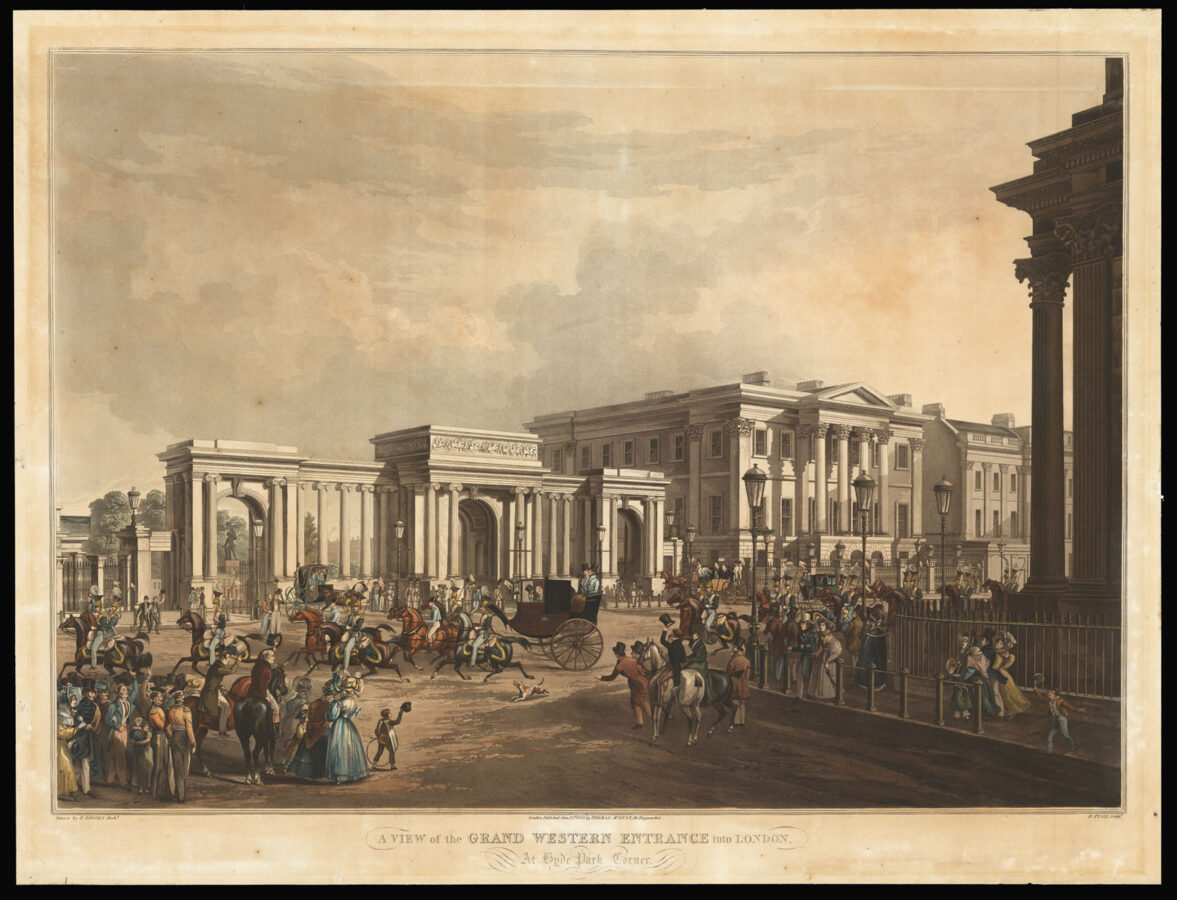 A View of the Grand Western Entrance into London At Hyde Park Corner.

A beautifully coloured print of the gate at the entrance at Hyde Park Corner, with the newly remodelled Apsley House to the right. In the centre is the royal carriage, surrounded by mounted soldiers, pursued by an excited dog and with William IV within, raising his top hat to bystanders. Pedestrians and equestrians alike have moved to the sides of the road to let the royal party through, and those close enough to see the occupant are raising their hats as well, even the small boy playing with a hoop in the centre foreground.

William IV had come to the throne only a year before, after his two elder brothers had died without issue. Never expecting to be king to the throne, he had spent most of his life pursuing his twin passions of the navy and women, and had amassed nine illegitimate children. As well as a new king, the print shows a new structure. The Hyde Park Screen was finished in 1828, designed by Decimus Burton, replacing the toll gate that had been there previously. The frieze visible on the entablature was the creation of the Scottish sculptors John Henning and his son of the same name, who drew their inspiration from the Elgin Marbles, which had gone on private display in Britain in 1807.