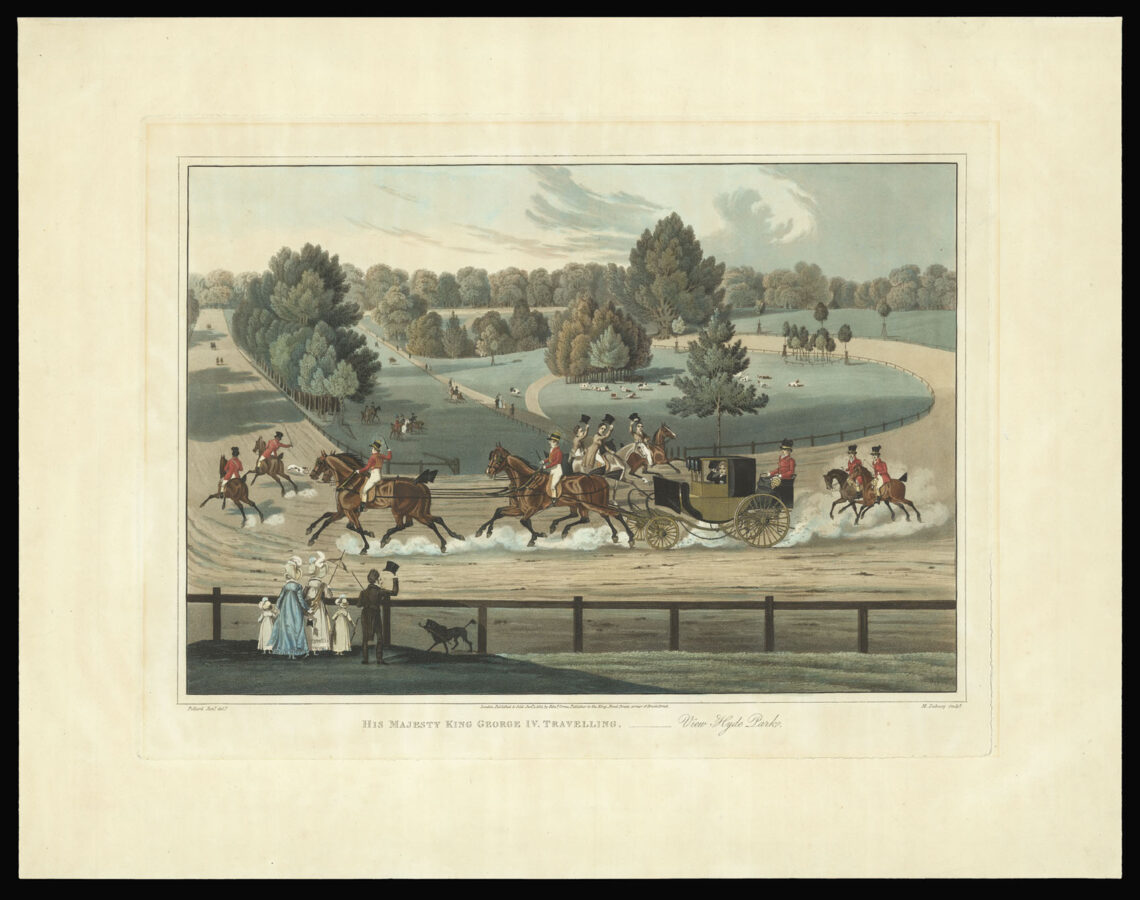 George IV is shown travelling through Hyde Park in a carriage, the year after he became king. The riders and walkers in the park are lifting their hats in greeting and respect. George had spent a long time waiting for the throne. He had been acting as Prince Regent since 1810, after his father George III was stricken by mental illness. The Prince Regent resented his father for not giving him enough money, sending his brothers away for their education, and for making him marry his cousin, Caroline of Brunswick, whom he separated from as soon as they had a child together. He retaliated during his regency by taking several mistresses, the most famous amongst them Maria Fitzherbert, and spending lavishly on grandiose projects like the Brighton Pavilion.

George IV enjoyed Hyde Park, and soon after he came to the throne he initiated a plan of improvements, including a new entrance at Hyde Park Corner, railings and John Rennie’s bridge over the Serpentine.