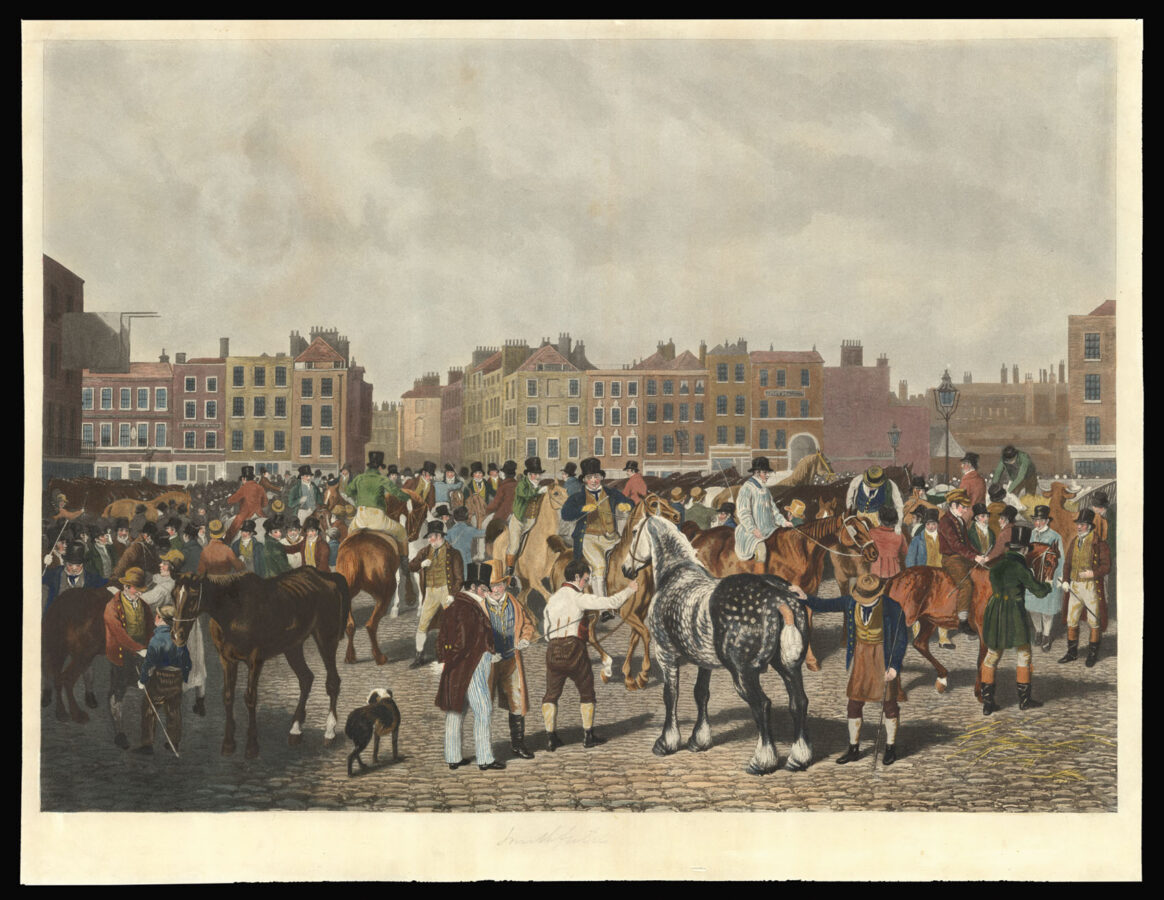 By LEWIS, C[harles] after AGASSE, Jacques-Laurent, 1824

[A View in Smithfield on a Friday afternoon].

The scene depicts horse trading at Smithfield Market from the south side of west Smithfield — looking north to Smithfield Bar and St John Street. C. Lewis aquatinted the view but for forms sake the name of his father F.C. also appeared on the plate.

Charles George Lewis (1808–80) was an English engraver. The second son of Frederick Christian Lewis (1779–1856), the painter and engraver, and brother of John Frederick Lewis (1786–1836), the bookbinder, he was born at Enfield, Middlesex, on 13 June 1808. He was instructed in drawing and engraving by his father. Lewis retired in about 1877, and died suddenly from apoplexy at his residence at Felpham, near Bognor, on 16 June 1880. He was buried in Felpham churchyard.

Jacques-Laurent Agasse (1767–1849) was an animal and landscape painter from Switzerland. Born in Geneva, Agasse studied in the public art school of that city. Before he turned twenty he went to Paris to study in veterinary school to make himself fully acquainted with the anatomy of horses and other animals. He seems to have subsequently returned to Switzerland. A contemporary newspaper says that ​“Agasse, the celebrated animal painter, now in England, owed his fortune to an accident. About eight years ago, he being then in Switzerland, a rich Englishman asked him to paint his favourite dog which had died. The Englishman was so pleased with his work that he took the painter to England with him.“

The original painting is now in the Yale Center for British Art, Paul Mellon Collection.