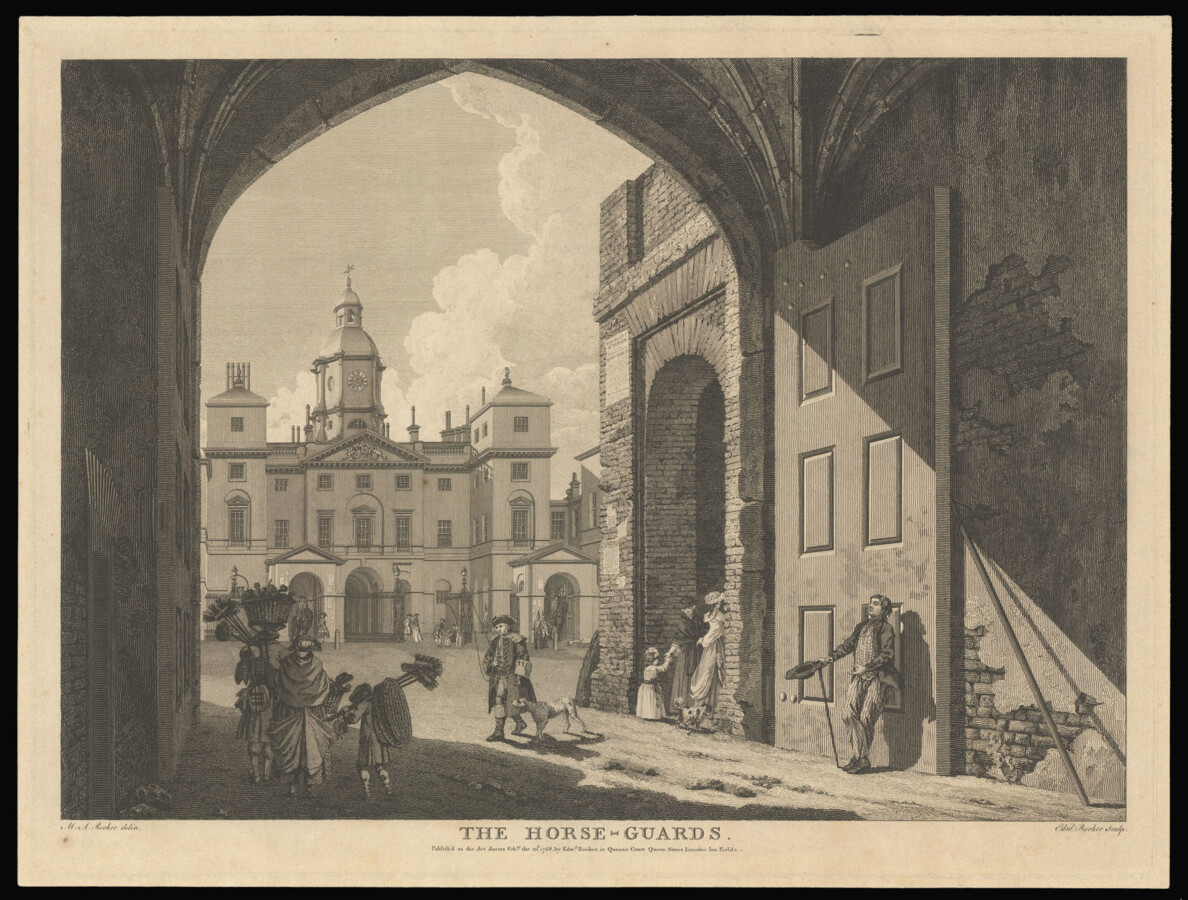 A view of Horse Guards seen from Whitehall through an arch.

From the series ​‘Six Views of London’, by Edward Rooker. Rooker made the series of prints after drawings by the artists and brothers Paul and Thomas Sandby, and his son Michael ​‘Angelo’ Rooker, whose teasing nickname was given to him by the Sandby brothers, and eventually stuck.