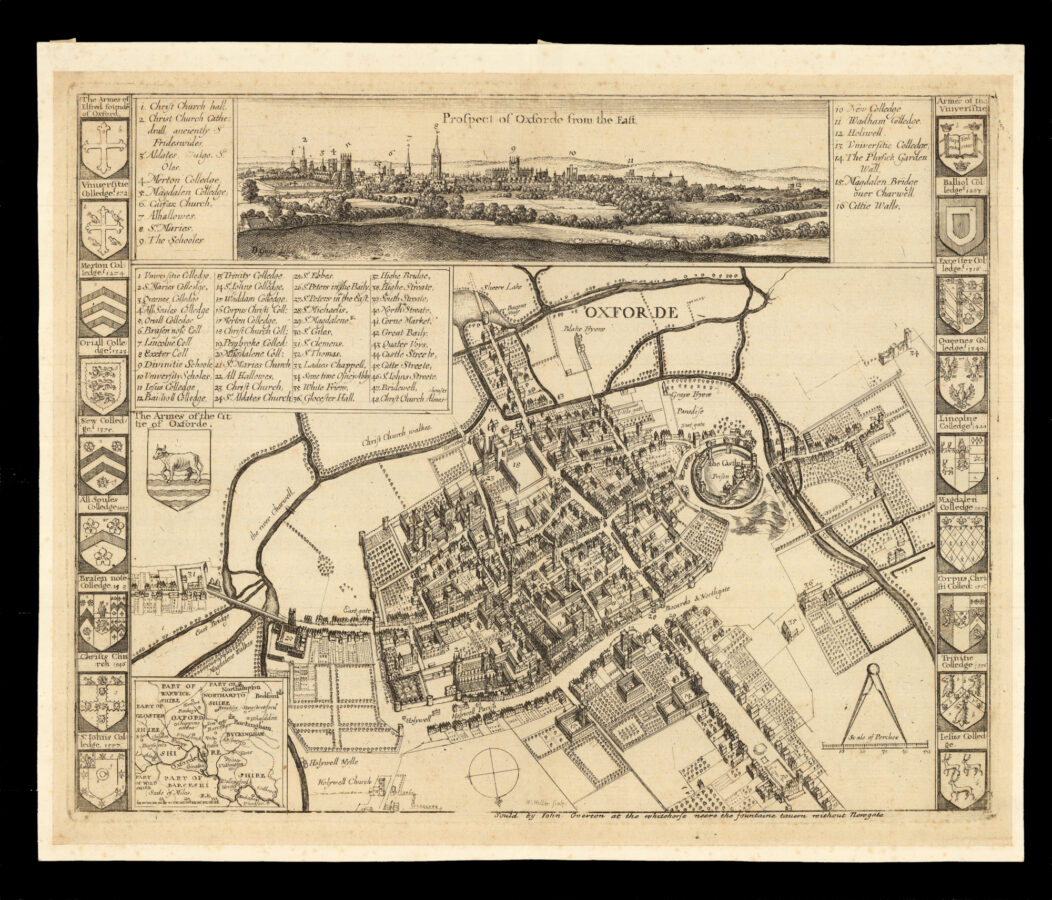 Hollar made the present print of Oxford during the period in which the city was housing the court of King Charles I, after the king’s expulsion from London in 1642. The view is oriented to the south and spans central Oxford from the district of St Clement’s in the east to Osney Abbey in the west, encompassing the city’s many impressive buildings, as well as the surrounding fields. A 48-point key in the upper left-hand corner identified most of the significant structures and sites including the university colleges, churches, markets and bridges. Also prominent on the plan is ​“the castle prison”, a Norman medieval castle which was mostly destroyed in the Civil War and was then used exclusively as a prison.

In the lower left-hand corner is a map of Oxfordshire, with parts of the surrounding counties of Glostershire, Warwickshire, Northamptonshire, Buckinhamshire, Berkshire and Wiltshire also shown. The view also shows ​“the armes of the citie of Oxforde”, a cow, and a scale bar ornamented with a pair of compasses. In the left- and right-hand margins of the print there are eighteen coats of arms for the different colleges, depicted in order from the oldest to newest, which was at this time Jesus College established in 1571. Above the main image is a ​“prospect of Oxforde from the East” in which 16 spired buildings are identified by name, set against a backdrop of rolling hills.