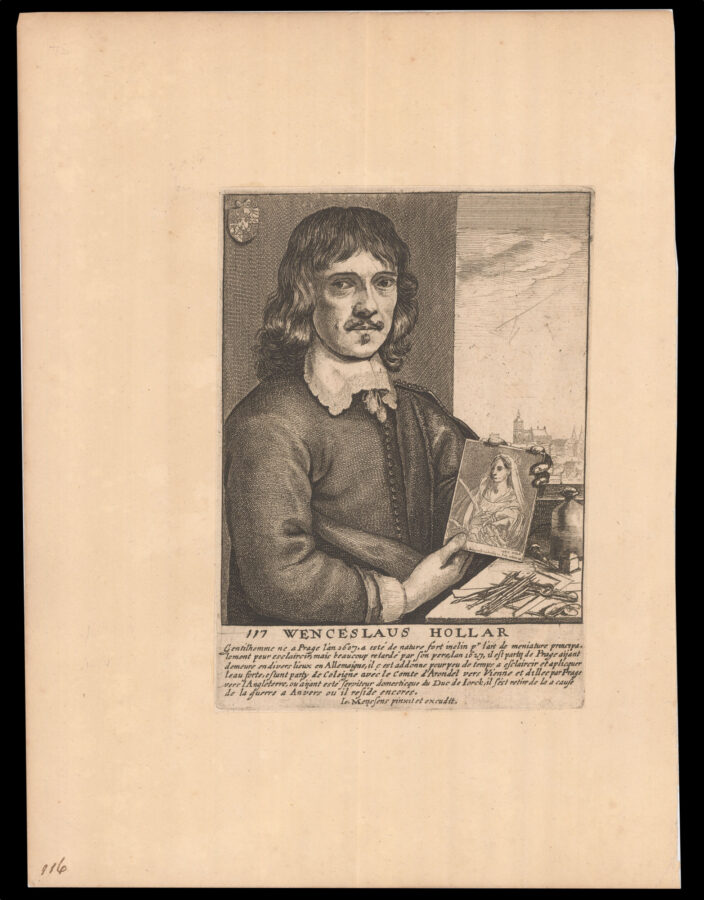 By HOLLAR, Wenceslaus after Joannes MEYSSENS, 1649

The present portrait shows Hollar in half-length almost facing front, wearing a doublet buttoned down the front and open over left shoulder. He is holding a copper-plate of his St Catherine, whose painting was among those in the collection of his English patron, the Count of Arundel. Hollar is standing next to a table covered with etching tools and in front of open window on right with church and roofs seen in distance on the right. The coat of arms showing the emblems of the Hollars of Prácheň and the Löws of Löwengrün appears in the upper left-hand corner. French text beneath the portrait gives a short biography.

The portrait appeared in ​‘Image de divers hommes’ (1649), a collection of portraits of some of the most renowned artists of the time, which quickly became popular in Flanders and England, and was reprinted numerous times. Hollar himself produced the portrait, along with many of the other plates in the book, after a portrait painted of him by Jan Meyssens, the editor of the work.