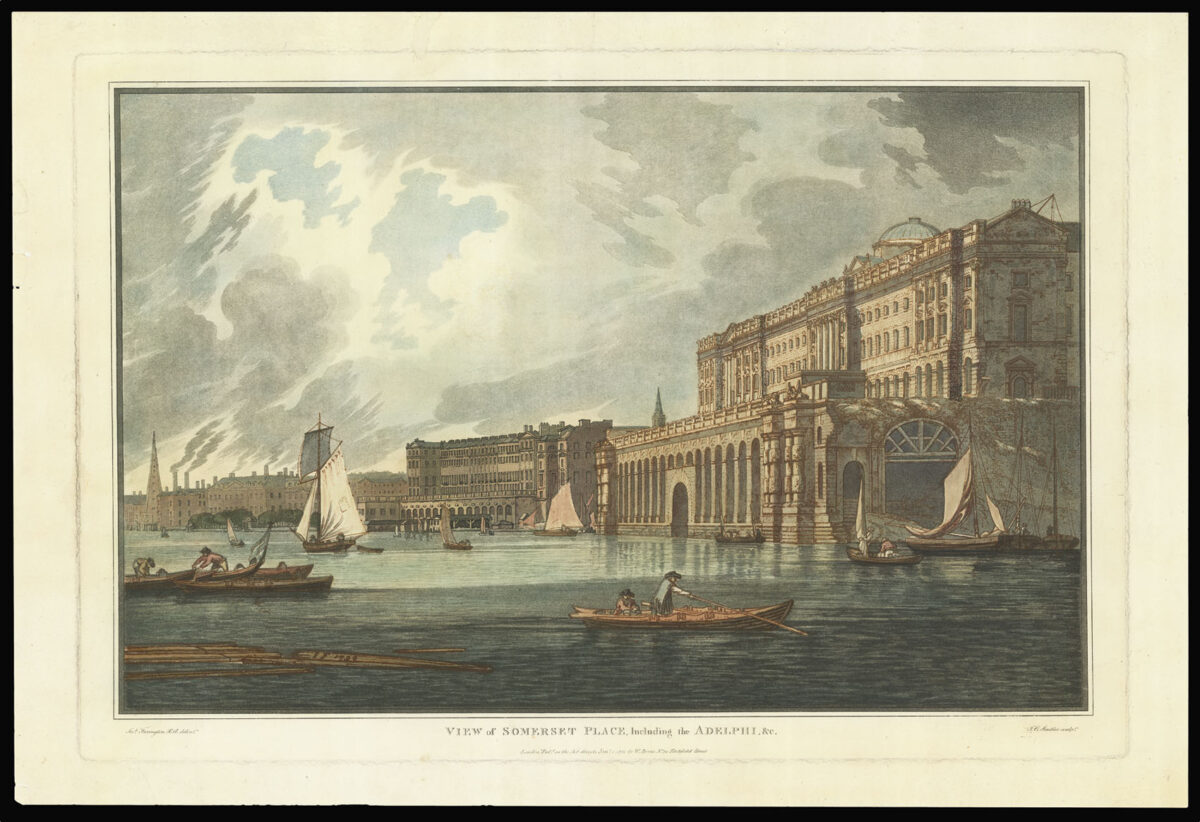 History of the River Thames

[A set of four views]. [1] View of Somerset Place, including the Adelphi, &c; [2] View of London Bridge, Including the Church of St Magnus and the Monument; [3] View of Black-Friars Bridge and St Pauls Cathedral; [4] View of Westminster Bridge including Westminster Hall and the Abbey.

A set of four prints of the River Thames, produced for Joseph Farington’s series ​‘History of the River Thames’. Farington made 76 drawings of the course of the Thames, which required some negotiation: his wife’s cousin, Horace Walpole, wrote to the Earl Harcourt asking for permission for Farington to sketch on his land. There was some delay between the drawings and publication while a suitable author was found to provide the accompanying text; Farington records in his diary on 15th July 1793 that publication ​“will now go on uninterruptedly as Mr. Coombe (sic) has promised to supply… manuscript as wanted” (Farington). William Combe was a somewhat surprising choice. Under his pen name, Dr Syntax, Combe had previously satirised travel books, in particular the work of William Gilpin. However, Combe was also notoriously bad with money, and probably welcomed the work.

The prints show Somerset House, which had been rebuilt only 16 years before by architect Sir William Chambers to be used as government offices, the new London Bridge, Blackfriars Bridge, and the old Westminster Bridge.

Joseph Farington (1747–1821) was an English artist and diarist. He was an original member of the Royal Academy, and helped found the now defunct British Institution. He specialised in topographical views of Britain, which were particularly popular while continental war prevented travel. The ​‘History of the River Thames’ was very successful. A copy was presented to George III, who ​“turned over every leaf ” with ​“approbation” (Farington).

Joseph Constantine Stadler (fl.1780–1822) a German engraver, who settled in London in the 1780s, and specialised in aquatint engraving. 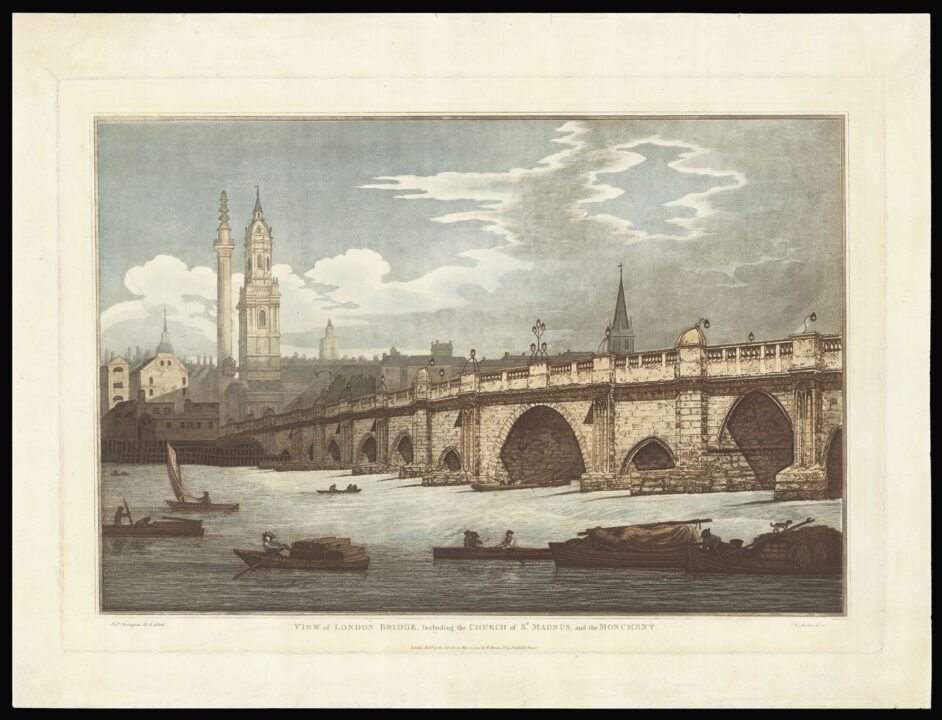 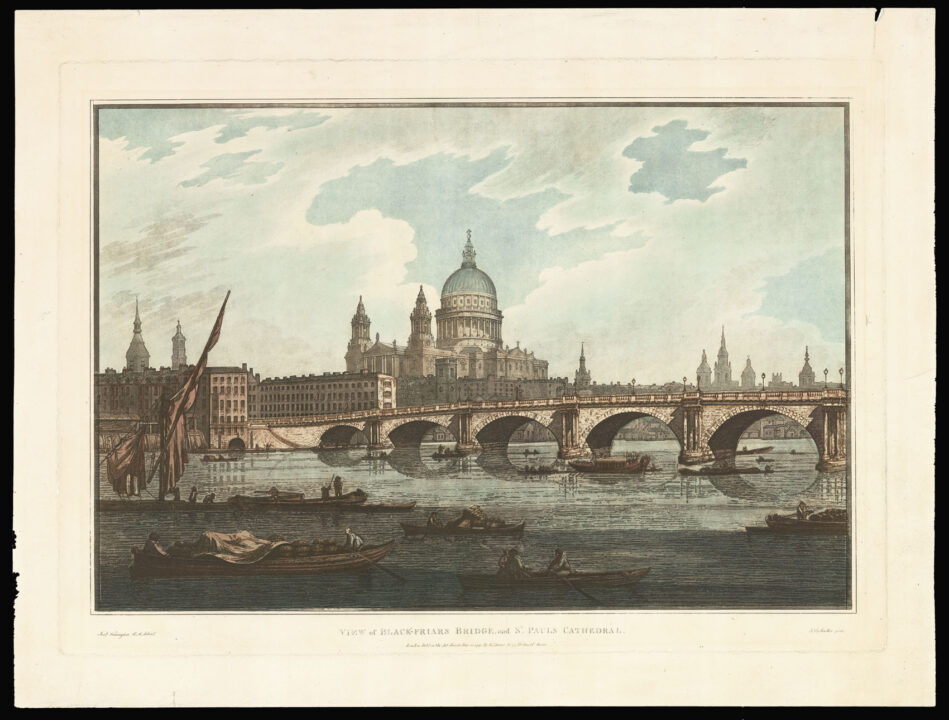 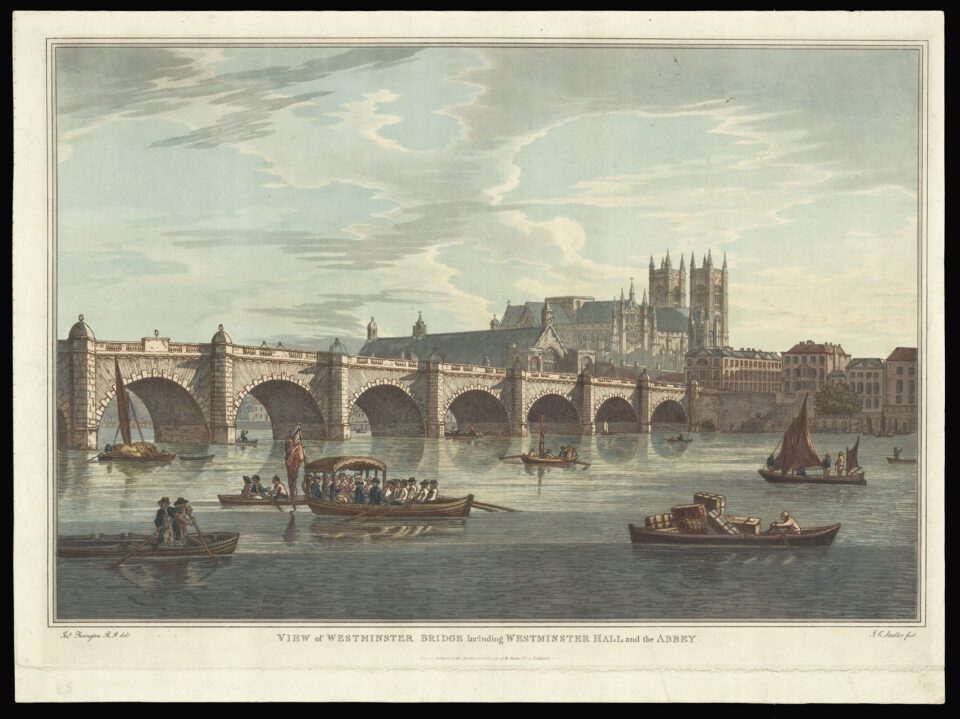