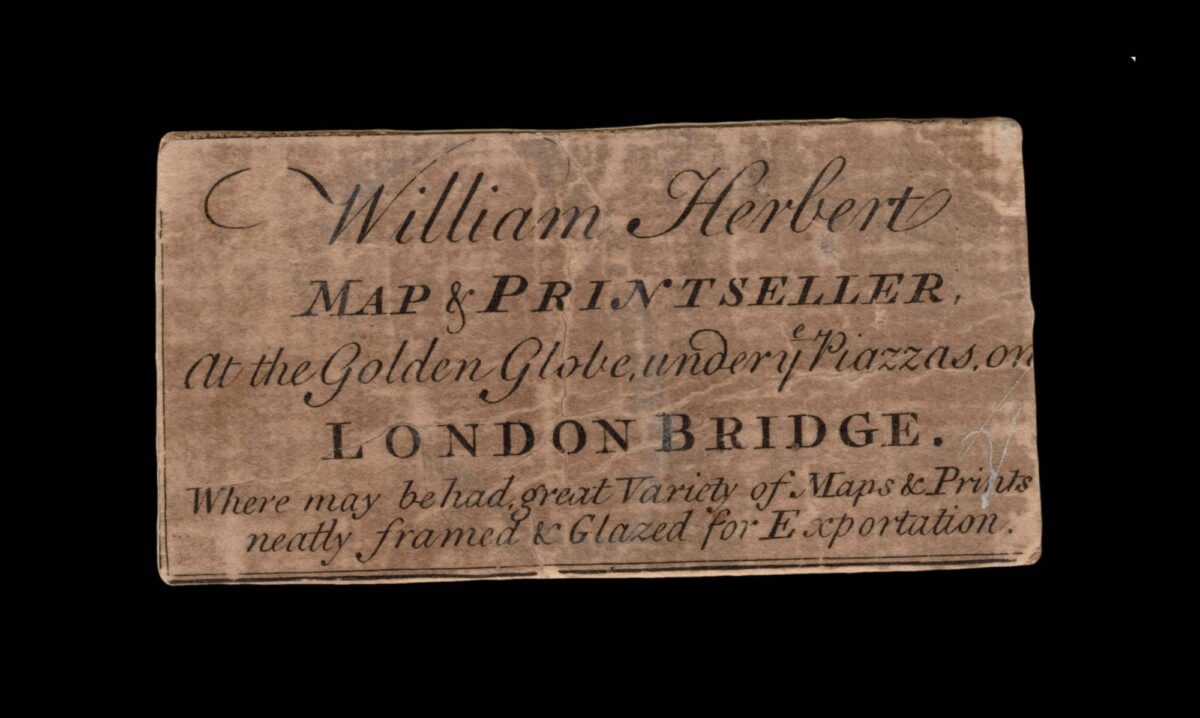 William Herbert Map & Printseller, … Where may be had, a great Variety of Maps & Prints neatly framed & Glazed for Exportation.

After seven years with the East India Company in the subcontinent, and a few false starts on his return (as hosier, dyer, and glass painter), William Herbert (1718–1795) finally settled on being a seller and publisher of prints, maps, and charts in one of the new houses on London Bridge in 1749. He launched his business with the publication of some drawings that he had acquired during his time abroad.

As London Bridge was notorious for burning (and falling) down, Herbert had the bright idea of a floating fire-engine, which suggestion was taken up by the Royal Exchange Assurance company. Nonetheless, the bridge burnt in 1758, and Herbert was forced to move to Leadenall Street, where he published the opportunistic, ​‘A chronological and historical account from the first building a bridge across the River Thames, from London to Southwark, till the late conflagration of the temporary bridge’ (1758).

For the next twenty years Herbert conducted a successful and lucrative business, which he eventually sold to Henry Gregory for 1000 guineas in 1776. He then retired to concentrate on his library, which he had evidently been collecting since his return from India in 1745, when he had a bookplate engraved by John June.

​“His livery company and East India Company connections, and the print and chart dealing, brought him into the centre of a bibliophilic and bibliographical coterie. Surviving correspondence shows that after 1760 he increasingly mixed business with pleasure, book hunting for friends who were also customers or fellow dealers, borrowing books, and, after 1774, offering hospitality at Cheshunt to other learned gentlemen with whom he corresponded. He was given free access to libraries which included that of the king, George III, and the great public collections at Oxford, Cambridge, and Lambeth,… [He gained] entrance to the Stationers’ Company, dined in their hall and through the good offices of his friend, the bookseller Lockyer Davis, was permitted not only to see, but to borrow, the three earliest volumes of their jealously guarded entry books and apprentice registers which he meticulously copied out. His transcriptions, which are now in the muniment room at Stationers’ Hall, provided key material for his revision of Ames’s Typographical Antiquities, which transformed it into the first history of the sixteenth-century English book trade and a major, even seminal work on English book provenance” (Robin Meyers for DNB online). 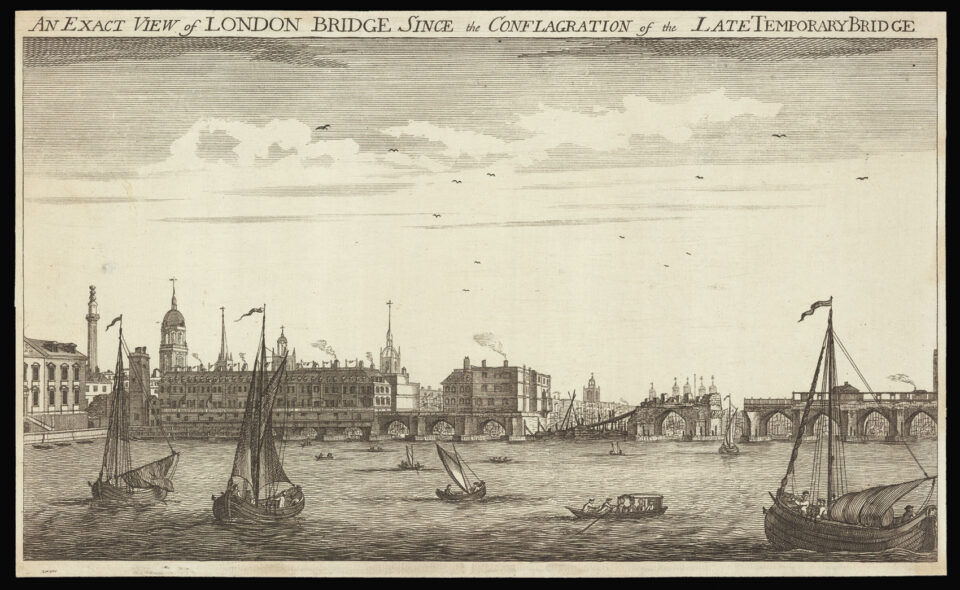 London Bridge is falling down

William Herbert 1758.]
An Exact View of London Bridge since the Conflagration of the Late Temporary Bridge.