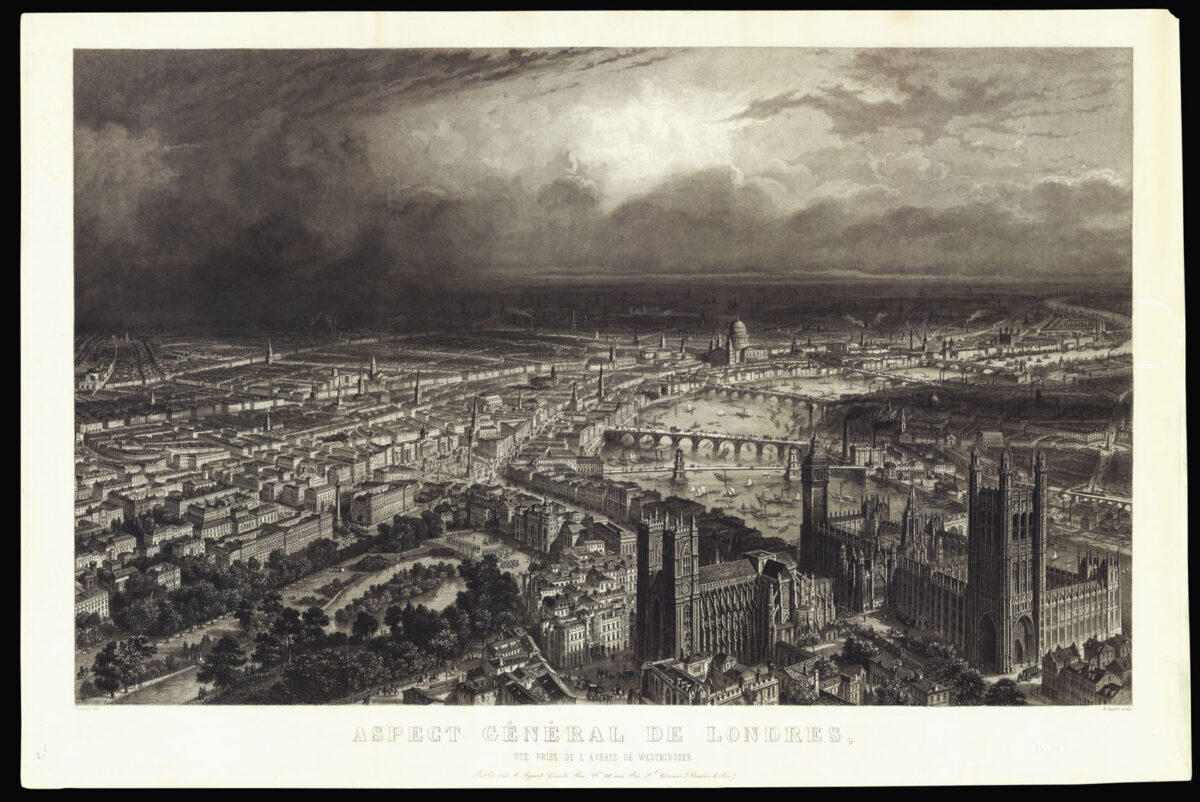 The Houses of Parliament are shown complete, and a clutter of old buildings previously shown immediately to the west of the new buildings has been removed. More traffic is shown crossing Westminster Bridge. Tracery has been added to the south transept window of Westminster Abbey. In the distance King’s Cross Station and Bishopsgate Station have been added.

A previously unrecorded (third) state of Appert’s view. Hyde gives the second state as bearing the imprint ​‘N. RÉMOND, IMP. rue de la Vielle Estrapade, 15, PARIS.’ (as in the Guildhall Library example, for example), and the third state with A. Salmon’s particulars (as below). The present example was published before the addition of Salmon as printer, but with the imprint : ​‘Publiée par A. Appert, Grande Rue, No. 111, aux Paris St. Gervais (Banlieu de Paris)’.