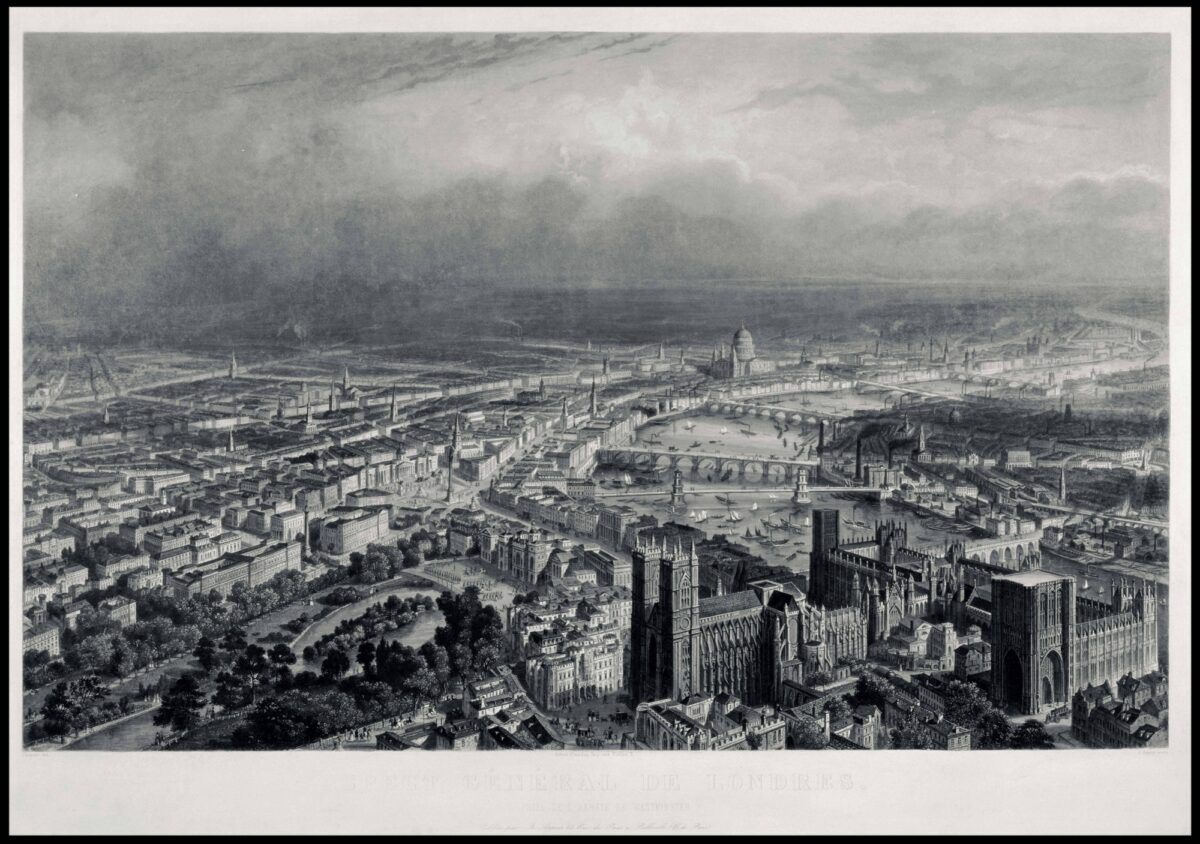 The rare first state of Appert’s bird’s-eye view from above the Palace of Westminster, which is still under construction: The Victoria Tower, the Clock Tower, and the ventilator tower of the Houses of Parliament are incomplete.

Hungerford Suspension Bridge, completed 1845 is shown, but Victoria Street, opened 1851, is not. Two mysterious tents are to be seen on the Lambeth waterfront between Westminster and Hungerford Bridges. Trains run to Waterloo Station, which opened 1848.