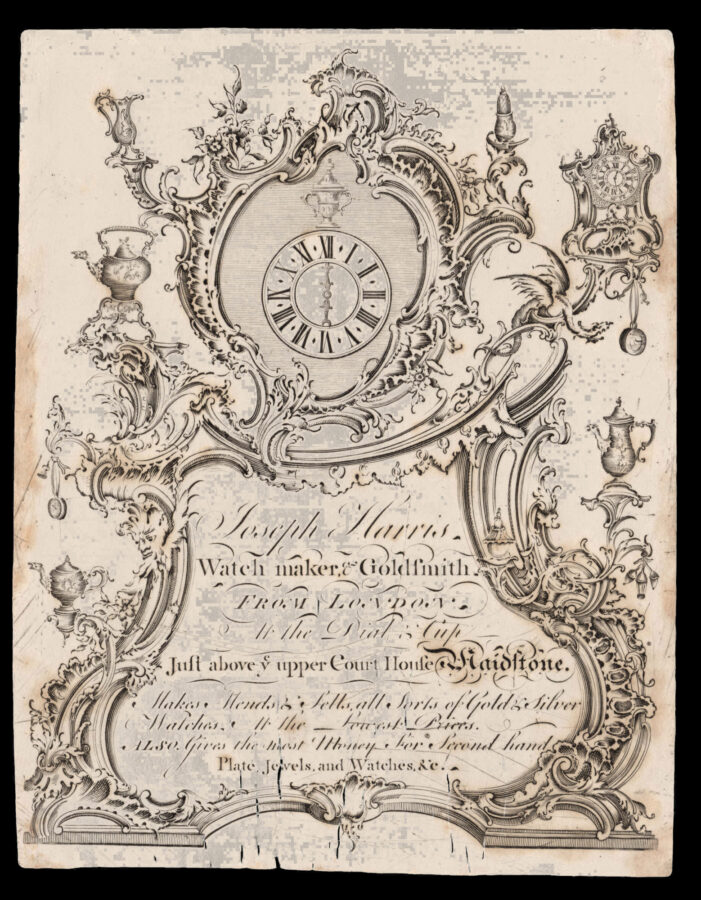 H is for Horologist

By WOOLLETT, William; and Joseph HARRIS, 1760

A magnificent example of the work of William Woollett (1735–1785), ​“The most famous British engraver of his day” (BM). The asymmetrical rococo cartouche is adorned with all manner of jugs, teapots, kettles, urns, sugar sifters, watches and clocks. Some of Woollett’s earliest work was engraving trade cards such as this one.

However, ​“he rose to fame with his print of the ​‘Destruction of the Children of Niobe’ (1761); after the painting by Richard Wilson (c1759–60), which was a bestseller. While he earned £150 for making the plate, the publisher John Boydell is said to have made £2000, partly from continental sales. His technique aimed at conveying a full range of tones and surfaces, and involved extensive preliminary etching to different depths, followed by engraving. His work was admired by French engravers, who had traditionally enjoyed a higher reputation than their English counterparts. He was a friend of George Stubbs and made prints of the ​‘Spanish Pointer’ (1768); and the quartet of paintings ​‘Shooting’ (1769–71). In 1769 the painter Thomas Jones was moved to call Woollett ​‘the first Landscape Engraver in the World’. He was involved with the Society of Artists in the period 1765–77 as variously a Fellow, a Director and Secretary. Just before the publication of another major work, the ​‘Death of General Wolfe’ (1776) after Benjamin West’s painting (1770) of a contemporary subject treated in the manner of a history painting, Woollett was named Engraver in Ordinary to George III. Benjamin West and John Boydell were among the contributors to the cost of erecting a marble monument by Thomas Banks in Woollett’s honour in the West Cloister of Westminster Abbey” (Elizabeth Miller for Grove Art online). 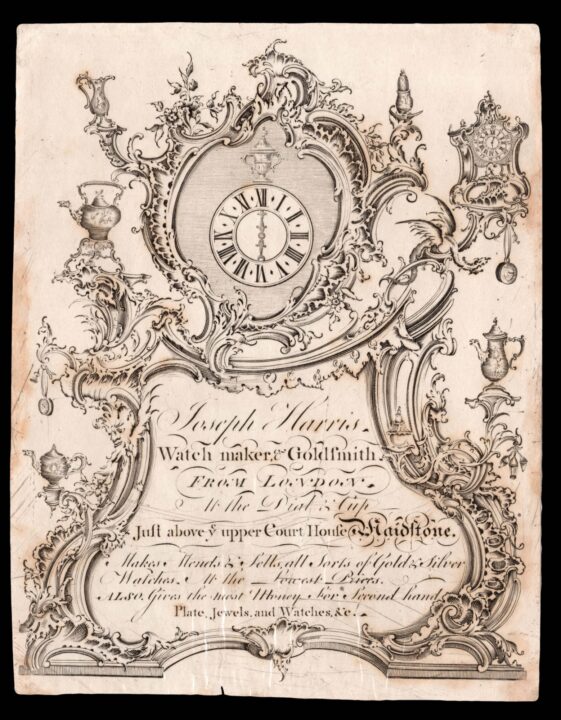