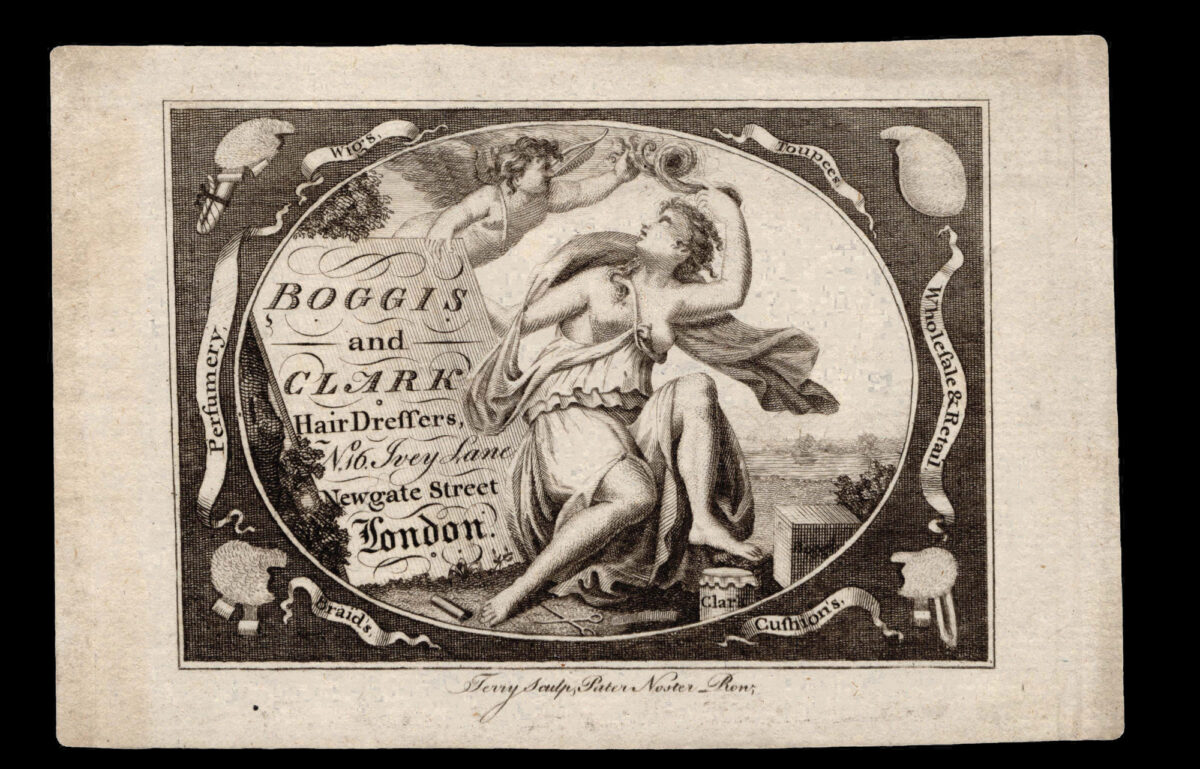 H is for Hairdresser

Trade card for Boggis and Clark, hairdressers of Newgate Street, London. With the exception of the present card, there do not appear to be any existing records of either Boggis or Clark, either in the directories or the newspapers of the day. ​‘The Post Office London Directory’ for 1843 lists a Mrs Susannah Clarance operating as an egg merchant from 15 Ivy Lane, Newgate Street, where her husband appears to have previously worked, according to a record from 1828. However, the fact that the trade card was engraved by Garnett Terry during his time on Paternoster Row shows that it must have been made between 1770 and 1796, when he was active at that address.

In addition to a list of goods and services available from Boggis and Clark, namely ​“wigs”, ​“toupees”, ​“perfumery”, ​“braids” and ​“cushion’s” ​“wholesale & retail”, the card is illustrated with an image of a bow-bearing putti appearing to attempt to steal a lock of hair from the head of a bare-breasted woman. At her feel are a comb, pair of scissors and containers labelled ​“Clark” and ​“Boggis”.

Terry testified as an expert witness in several Old Bailey trials for forgery, stating that he is ​“the engraver employed by the Governor and Company of the Bank of England, I engrave the plates for the one and two pound notes”. ​“At his own expense he built a nonconformist meeting- place in Curtain Road, Shoreditch, where he preached for many years and to which he bequeathed over £6,000” (BM).
The Heal collection holds a number of trade cards for Terry. 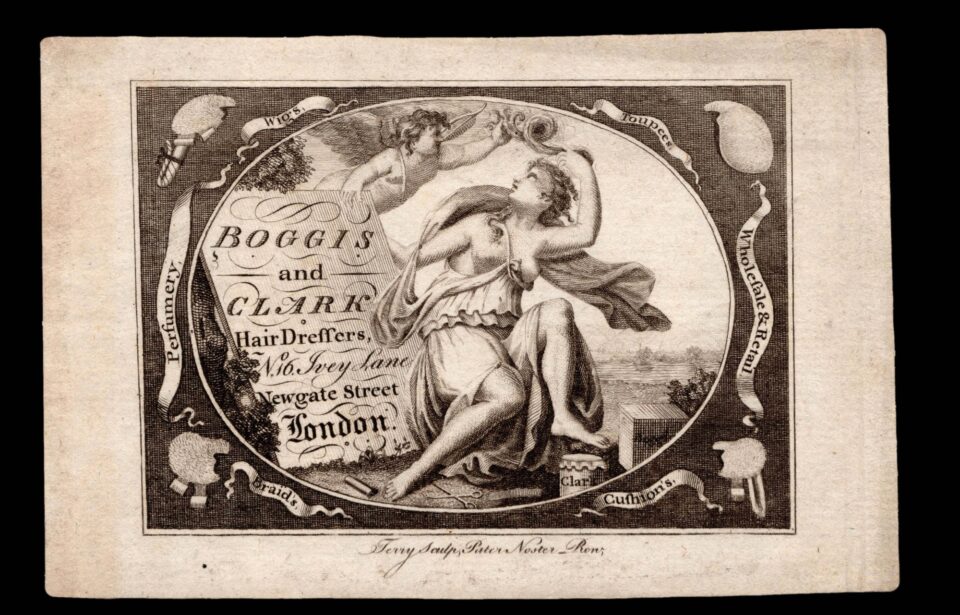