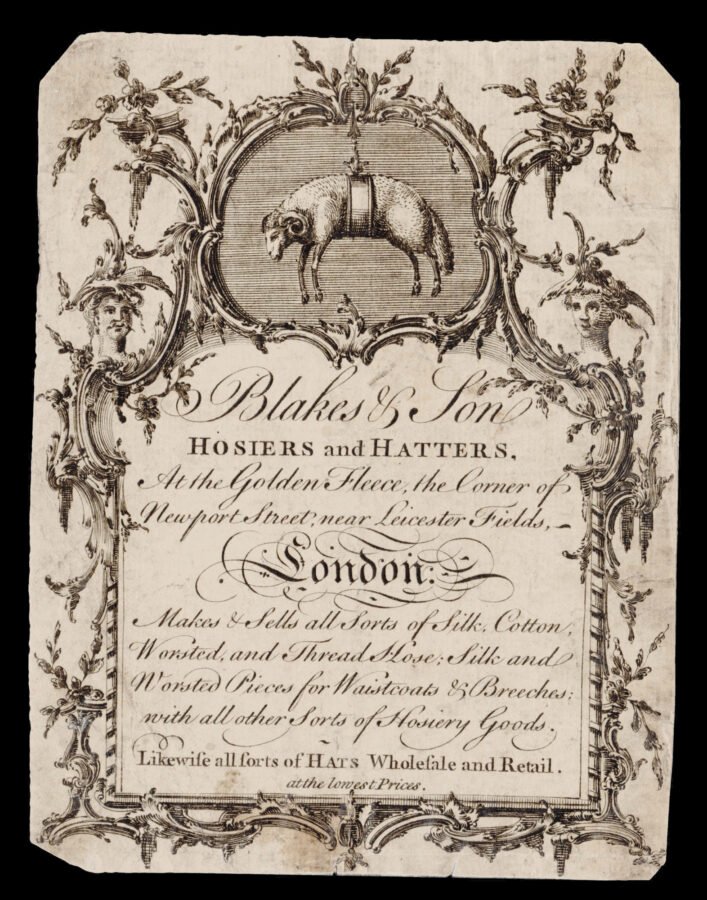 H is for Haberdasher

Active in London during the late eighteenth century, Blakes & Son ran their hosier business under the sign of the golden fleece, which was perhaps chosen not for its heroic implication but for its literal meaning. The present card advertises that the company ​“Makes & Sells all Sorts of Silk, Cotton, Worsted and Thread Hose ; Silk and Worsted Pieces for Waistcoats & Breaches ; with all other Sorts of hosiery goods.” Despite the implications of its name, worsted is actually a high-quality wool yarn, being stronger, finer and smoother than woollen yarn, even though both are made from sheep’s wool. Thus the sign of the golden fleece would have aptly conveyed the luxurious nature of the yarn sold by Blakes & Son.

Also illustrated on the trade card are two busts, a male and a female, wearing remarkable headdresses that appear more like exotic plants and flowers than the hats supplied by Blakes & Son ​“wholesale and retail at the lowest prices”. In 1793 and 1794, the ​‘Directory of London and Westminster, & Borough of Southwark’ listed Blakes & Son as hosiers & haberdashers at 28 Broad Street, Carnaby Market. It is not clear whether the present trade card, on which their occupation is listed as ​“hatters” rather than haberdashers, is from an earlier or later period in their career. 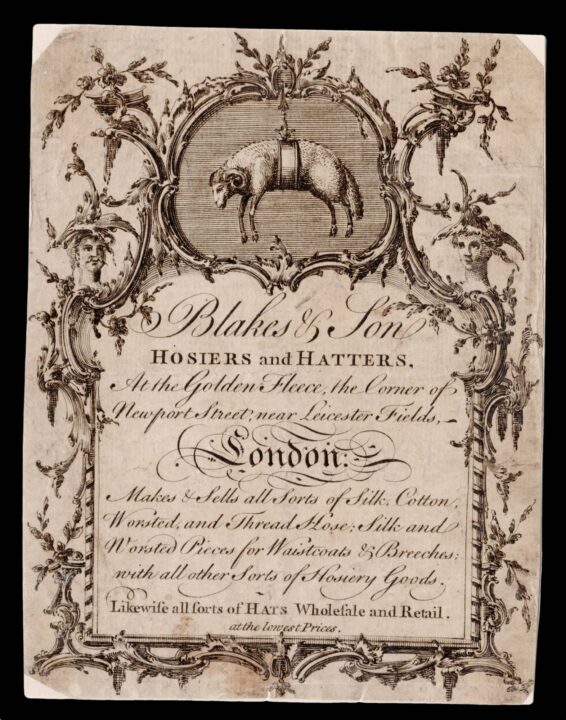