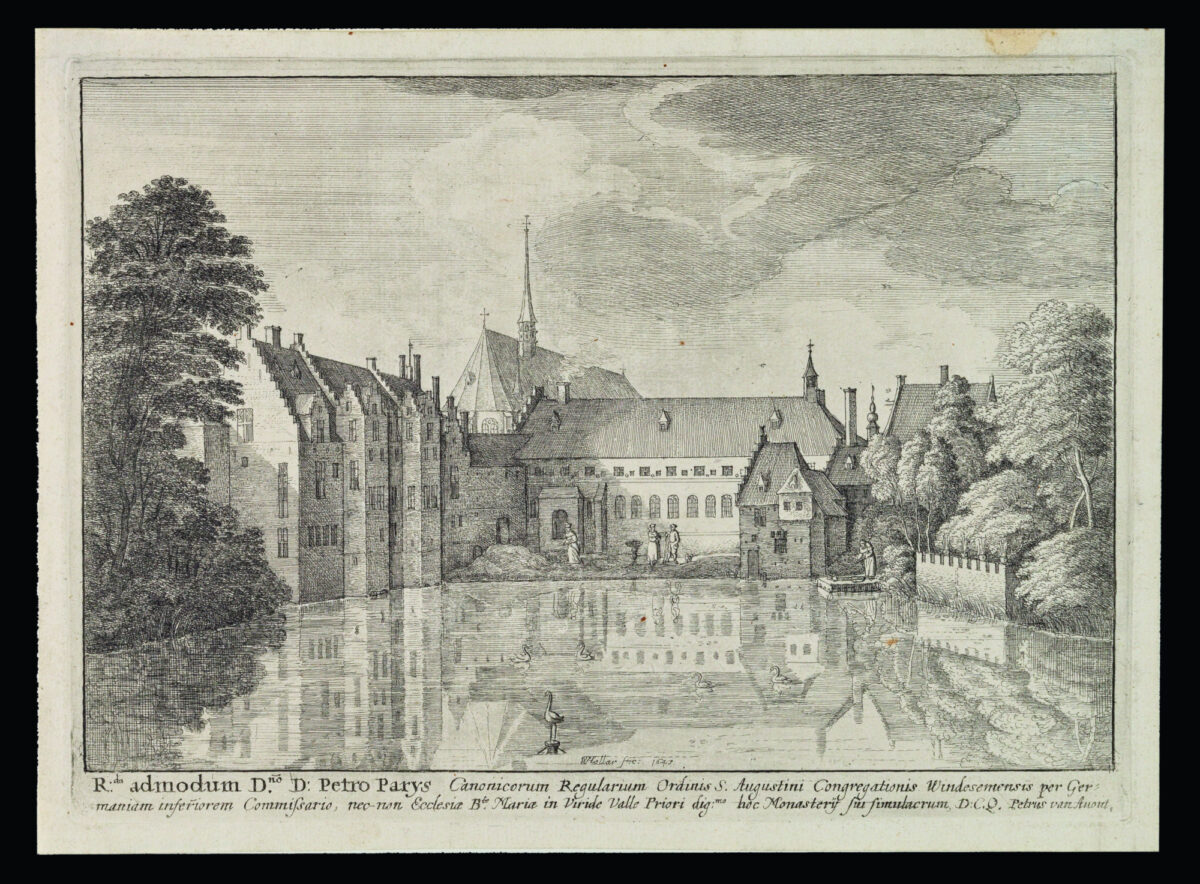 The Abbey of Groenendael

The Abbey of Groenendael was founded in 1350 on the site of a hermitage. During the fifteenth century the abbey and its famous library were sacked by Calvinists but later restored under imperial authority. Hollar’s print of the Abbey was made during the peace negotiations between the Spanish Empire and Dutch Republic that resulted in the Treaty of Münster, officially closing the Eighty Years’ War. Much of modern-day Belgium, including Brussels and the site of Groenendael Abbey, became part of the Spanish Netherlands.

The present print shows the Abbey’s long hall with the top of the church rising behind it. A lake fills the foreground, with swans swimming on its surface, monks wandering on its banks and one fishing on the right-hand side. Along the lower edge an inscription reads ​“R.do admodum Dno. D: Petro Parys, Canonicorum Regularium Ordinis S. Augustini Congregationis Windesemensis per Ger / manium inferiorem Commissario neo-non Ecclesiae B. Mariae in Viride Valle Priori dig:no hoc Monaterij sui simulacrum D..C.Q. Petrus van Arnout”. Here Hollar explains that he has based his depiction of the site ​“Of the canonical clergy of the order of St. Augustine at the Windesheim congregation, through lower Germany” on a design by Flemish artist Pieter van Avont.