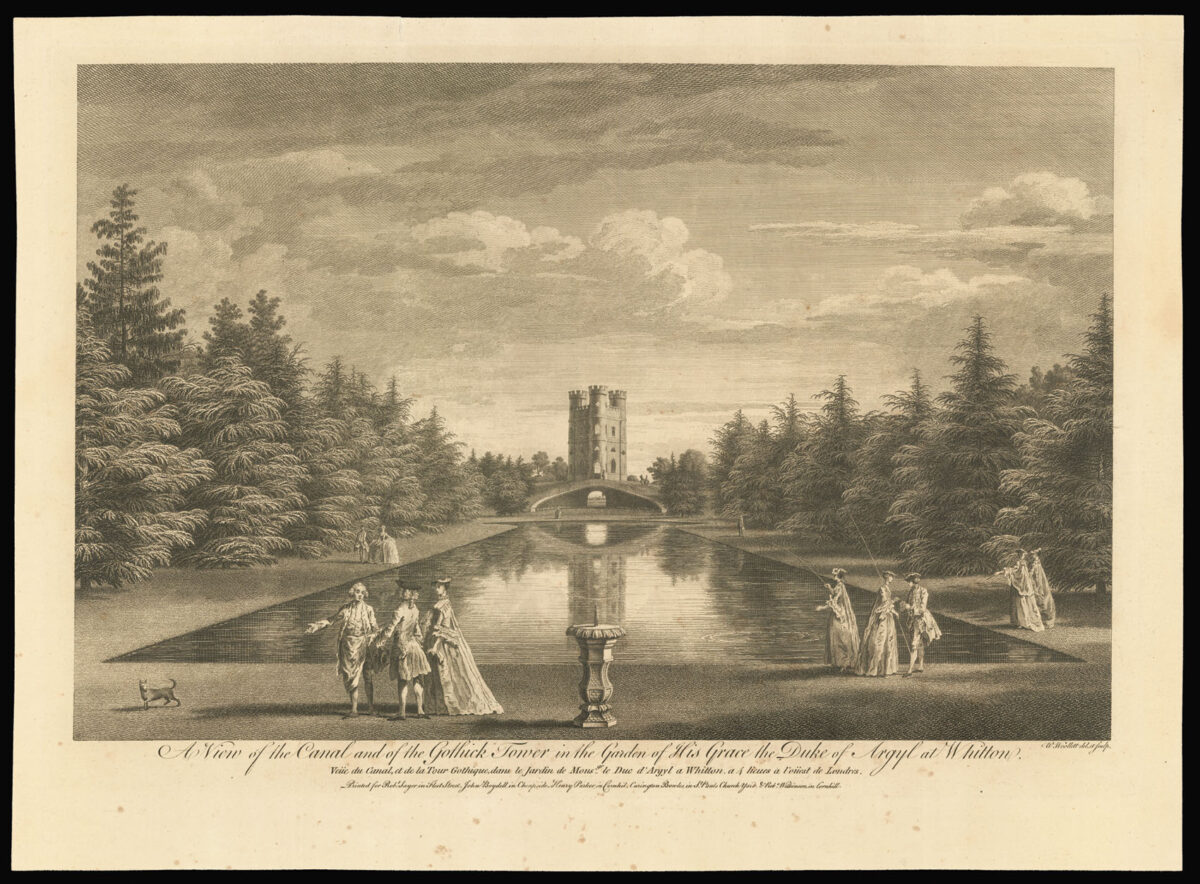 A View of the Canal and of the Gothick Tower in the Garden of his Grace the Duke of Argyl at Whitton. Vue du Canal, et de la Tour Gothique, dans le Jardin de Monsgr. Le Duc d’Argyl a Whitton, a 4 lieues a l’ouest de Londres.

Archibald Campbell, 3rd Duke of Argyll, was known as the ​‘King of Scotland’ — he was the most powerful Scottish politician of his generation, gaining a seat on the Privy Council in 1711 after supporting the Act of Union between England and Scotland. He bought an estate at Whitton, near Hampstead Heath, in 1722. The Duke was interested in horticulture, particularly exotic plants. His collection of rare trees, including pistachio and palm trees, was given to Princess Augusta after his death to lay the foundation for what is now Kew Gardens.

The view shows ​‘the Gothick Tower’. During the Gothic Revival, it was highly fashionable for landowners to put faux-medieval follies and ruins in their landscaped parks, especially if they were, like the Duke, Whig politicians, for whom the Gothic style represented the continuity of British political and religious institutions. Whitton’s tower was designed by Roger Morris, who also designed the Column of Victory at Blenheim Palace.

William Woollett (1735–85) was an English engraver, best known for his prints of the works of Benjamin West and George Stubbs. He was appointed engraver-in-ordinary to George III in 1776.