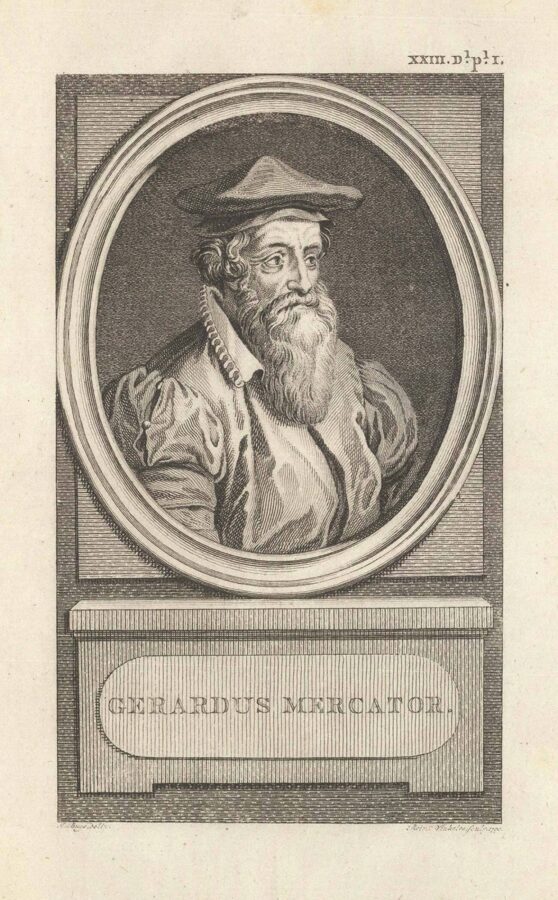 Gerard Mercator (1512–1594) the most influential cartographer of the sixteenth century, with the publication of his world map of 1569, and the printing of the first atlas to be so named.

In 1749 Dutch published Jan Wagenaar produced the first volume of his ​‘Vaderlandsche historie’, a descriptive catalogue of the thousand most important texts in the Dutch canon. Such was its popularity that the ​‘Vaderlandsche historie’ was continued after Wagenaar’s death in 1773, and by 1810 had reached 73 volumes. The early volumes contained numerous engraved plates made by Jacobus Houbraken; those that appeared in the later were often drawn by Jacob Buys and engraved by the artist Reiner Vinkeles. The portrait of Mercator that accompanied the entry on his ​‘Cosmography’ shows the cartographer in three-quarter perspective wearing a large flat cap and a voluminous shirt. His bust, in an oval frame, is captioned with his name.