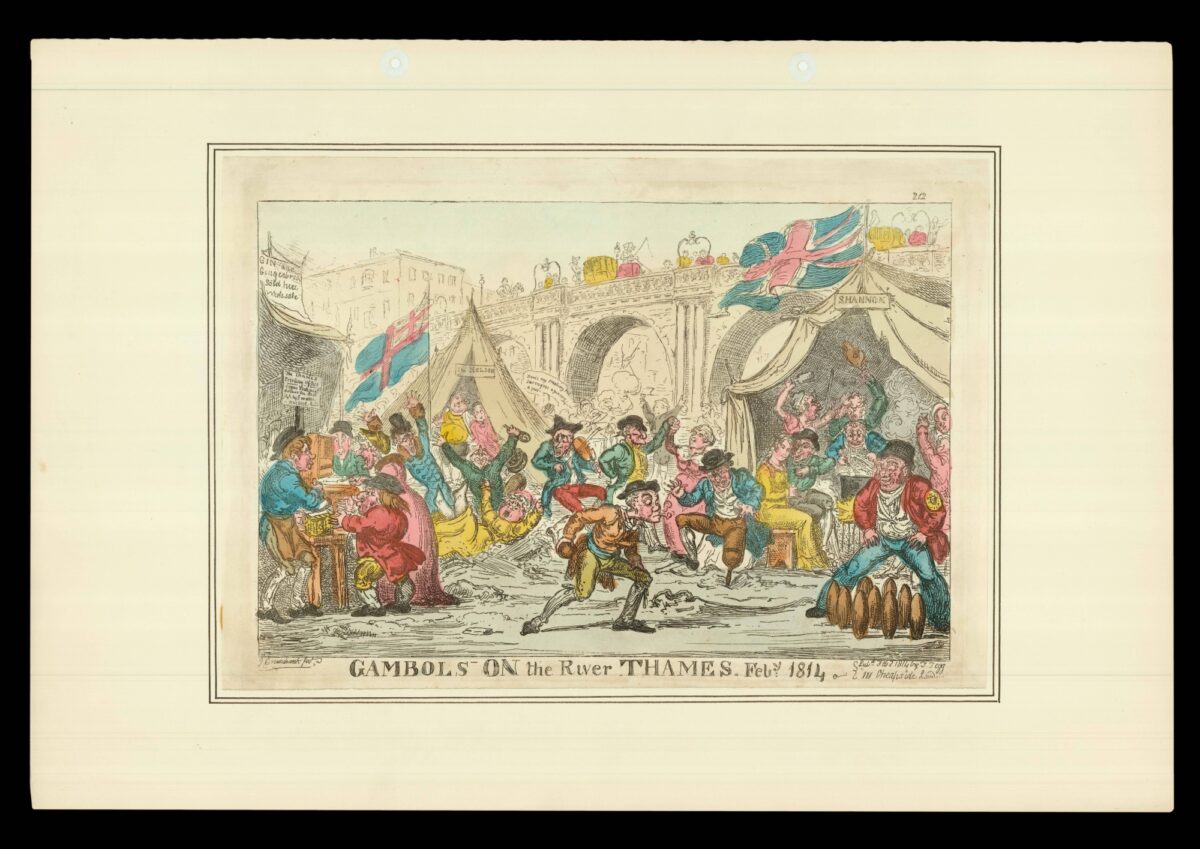 Gambols on the River Thames

During the Frost Fair on the frozen River Thames of 1814, London’s printmakers took advantage of the widespread enthusiasm and excitement generated by producing souvenir prints to commemorate the spectacular event. Reports vary, but anywhere between eight and a dozen printers set up their presses on the ice, printing images and poems for punters there and then. One of these enterprising printmakers was George Davis, who published a short book, ​‘Frostiana; or A History of the River Thames In a Frozen State’, which was actually printed on the frozen Thames.

Bookseller and printer Thomas Tegg, usually based at 111 Cheapside, also took to the ice, producing this print entitled ​‘Gambols on the River Thames’ on the third day of the fair, drawn by the noted caricaturist George Cruikshank. It depicts a range of activities including bowling, dancing, printing and lots of drinking, as several of London’s pubs appear to have set up large tents, with one sign advertising ​“Gin and Gingerbread Sold here Wholesale”. A crowd of well-dressed people appear to be observing the merrymaking below from the bridge.