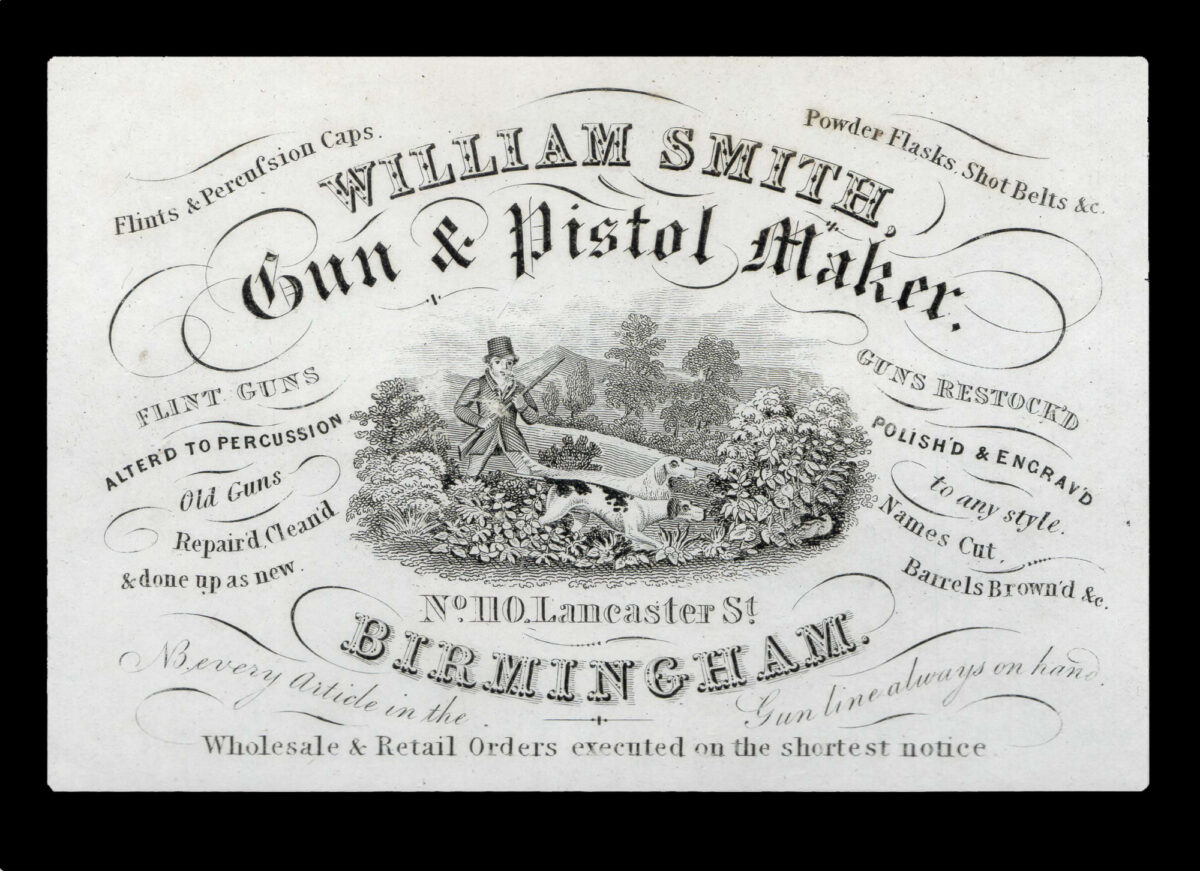 G is for Gunsmith

In ​‘Gunmakers of London 1350–1850’, Howard Blackmore, lists nineteen London gunmakers with the name William Smith, the first operating from 1589–1598. Blackmore’s authoritative work was later supplemented by Brian Godwin whose ​‘List of English and Welsh Provincial Gunsmiths and Gunmakers from 1550 to 1850’ excludes those London gunmakers recorded in the former. Godwin lists one William Smith who worked in Birmingham from 110 Lancaster Street between 1846 and 1886. Unfortunately, the Birmingham Smith’s legacy as a gunmaker has been heavily overshadowed by his earlier namesake who provided guns to George IV, the Emperor of Russia and the King of Bavaria.

Nonetheless, Smith’s trade card announces a host of gun- and shooting-related wares and services, including ​“Flints & Percussion Caps”, ​“Powder Flasks, Shot Belts &c”, ​“Flint Guns alter’d to percussion”, ​“Old Guns repair’d, clean’d & done up as new”, ​“guns restock’d, polish’d & engrav’d to any style, names cut, barrels brown’d &c”. In the centre of the trade card is an engraving showing a hunter out in the countryside with his two hounds. Two notes along the lower edge further reassure the reader that Smith has ​“every article in the. Gun line always on hand” and that he promises ​“wholesale & retail orders executed on the shortest notice”. 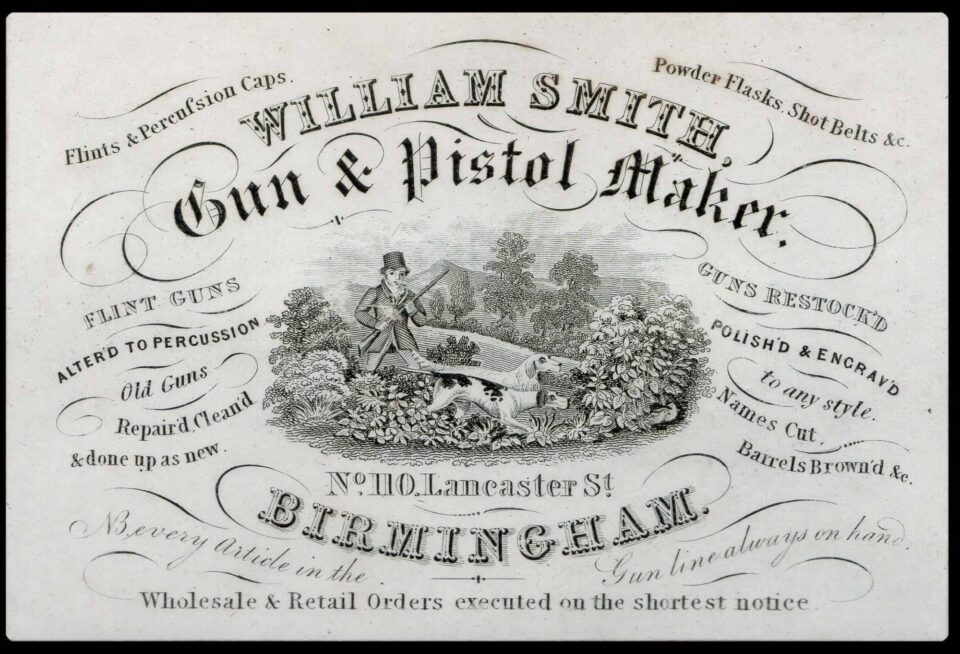