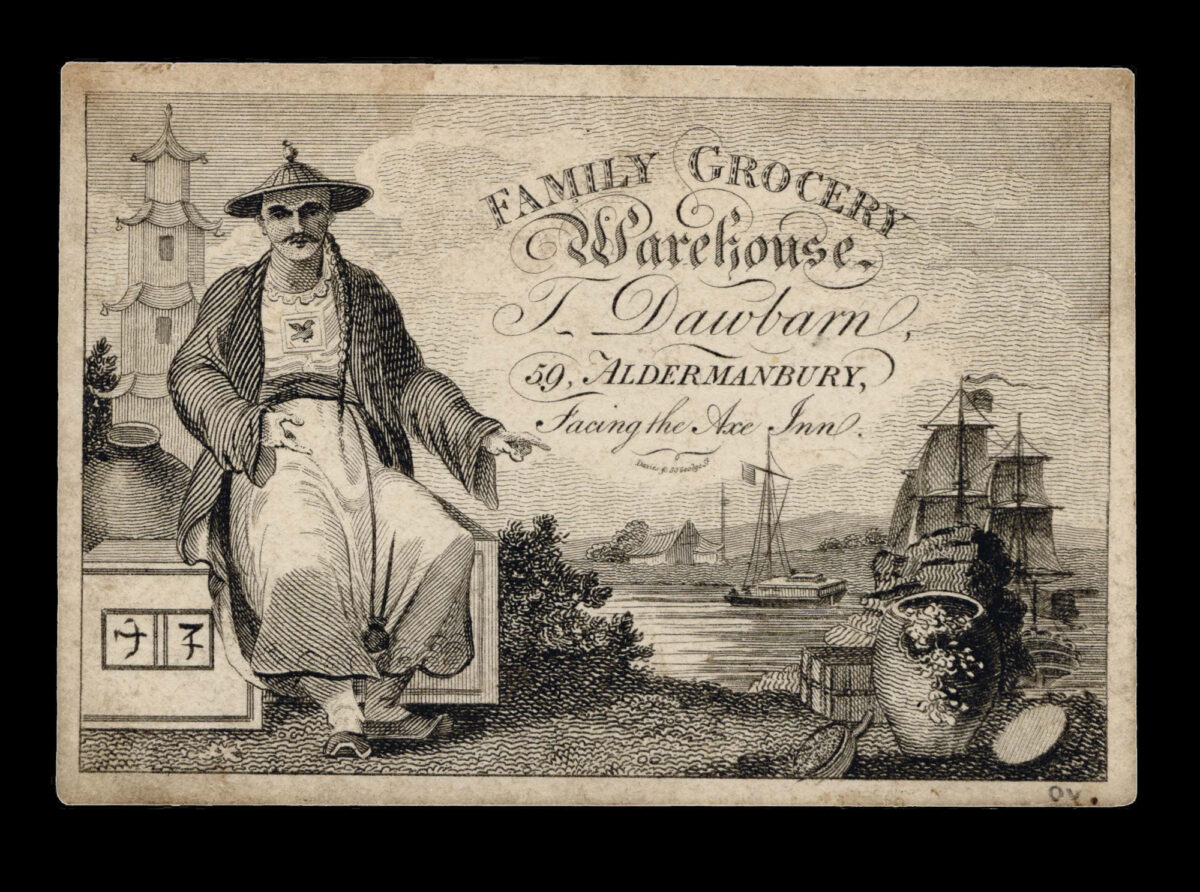 G is for Grocer

Trade card for the Dawbarn family grocery warehouse, situated in Aldermanbury, London. During the 1790s, Richard Bunbury Dawbarn of Wisbeach, Cambridgeshire, created a partnership in a drapery and grocery business with Isaac Jecks, although the latter’s later departure meant that Jecks and Dawbarn soon became Dawbarn & Sons. The family business thrived during the following century, largely due to the versatility of the proprietors.
​‘Pigot’s Cambridgeshire Directory’ of 1823 to 1824 listing Dawbarn as a supplier of coal, corn and seed, groceries, tea, as well as a linen and woollen draper. By 1839 the company had added the role of ​“Hatters and Silk Merchants” to its list of services, and by 1850, ​‘Slater’s Directory’ identified the lines of business as ​“Grocers and Tea Dealers, Hatters, Linen & Woollen Drapers, Silk Merchants, suppliers of Salt, Sack, Wool, and Seed, Ship Owners, Wool Merchants, and Manufacturers of Hall’s Wisbech Cotton”.

From grocers, the Dawbarns had developed into some of the most successful general merchants in their area, with over 150 employees and the 1851 ​‘Cambridgeshire Directory’ naming their Wisbeach warehouse the ​“most extensive, and general house of business in the county… a ​“model” establishment”.

All four of Richard Dawbarn’s sons were grocers and drapers, with the eldest, Thomas, relocating to London around 1810. A notice in the London Gazette of 1816, however, listed ​“Lancaster Saltonstall, Maria Agate, and Thomas Dawbarn, late of Fleet-Street, in the City of London, Linen-Drapers, Copartners, Dealers and Chapmen” as bankrupt. Nonetheless, Thomas remained in the city until at least 1825, finally returning to the family home of Wisbeach as late as 1832.

The Dawbarn’s continued to trade for many decades: in the third generation, eight of the fourteen Dawbarn male descendent were grocers or drapers, and all the way down to the fourth generation, at least half of them remained merchants, until in 1920, Oscar Dawbarn sold their long-held business premises.

The present trade card, which is from Thomas Dawbarn’s time in London during the early nineteenth century, presents a very interesting design. It shows a man wearing typical Chinese dress, sitting on boxes on the banks of a river. Behind him looms a large pagoda and to his right, a box, urn and basket overflow with goods. The authenticity of this image is given away by the failed attempt to replicate Chinese characters on the boxes by his side. The oriental style of the trade card is presumably an effort to entice customers with the promise of exotic and exciting wares. 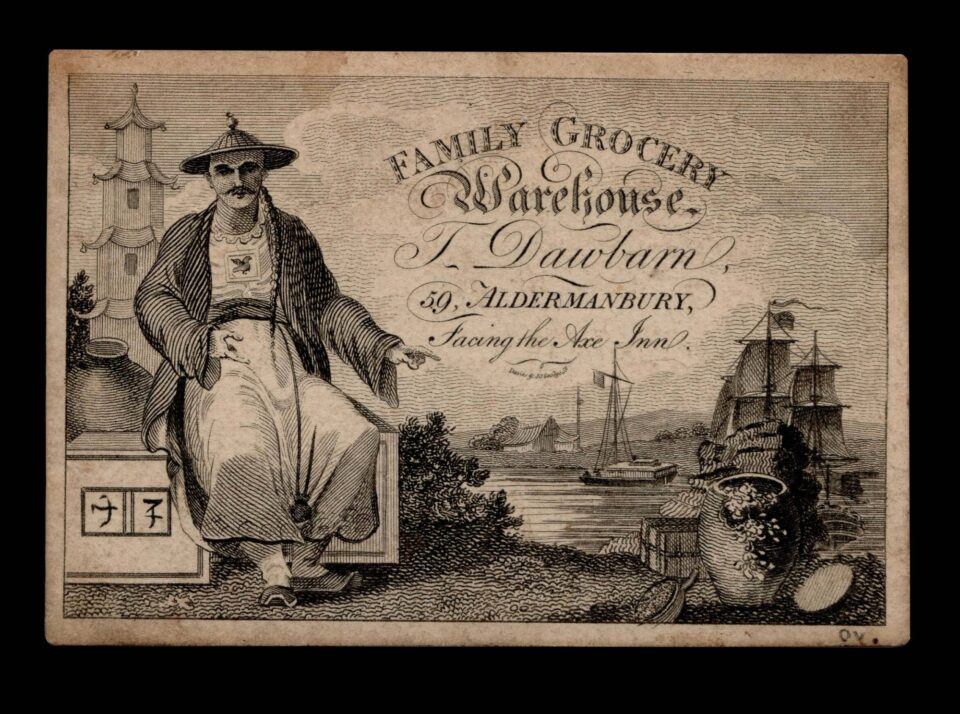