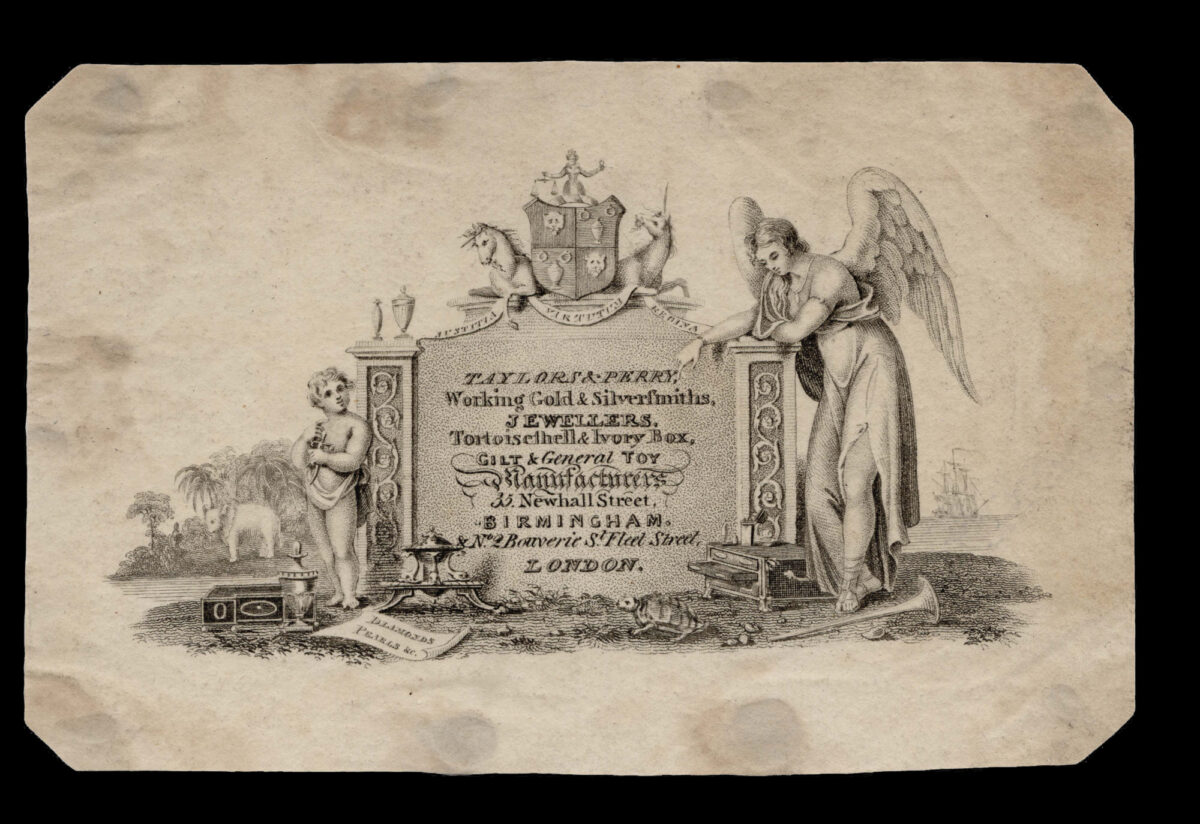 G is for Goldsmith

Trade card for John Taylor and John Perry, who made and sold gold, silver and luxury goods from their shops in Birmingham and London.The 1808 ​‘New Triennial Directory of Birmingham’ and the 1818 ​‘Wrightson’s new triennial directory of Birmingham’ both list Taylor and Perry, including cut glass as one of their specialities, among those announced on the present trade card. The latter also includes a whole page dedicated to the trade card, which the proprietors undoubtedly paid a further fee to ensure.

Taylor and Perry advertised in other directories too, including the ​‘Cornish’s Grand Junction, and the Liverpool and Manchester Railway Companion’, which included an advert listing both their Birmingham and London shops in 1837. It is not entirely clear when the second premises were acquired, since the Birmingham directories on 1808 and 1818 only mentioned the shop on Newhall Street, while ​”The Commercial Directory for 1818–19-20’ includes both. Since Birmingham is always listed before London, however, it is safe to presume that this was their first and main location.

Their trade card offers both addresses along with a list of the luxury goods they stocked, some of which can be seen lying on the ground around the architectural plinth that bears the text. Also flanking it are the angelic figures of a putti and a winged and robed woman. Surmounting the plinth is the royal crest, and in the background can be seen a ship out at sea and an elephant in a forest of palms, reminding any potential clients of the exotic goods imported by Taylor and Perry from overseas. 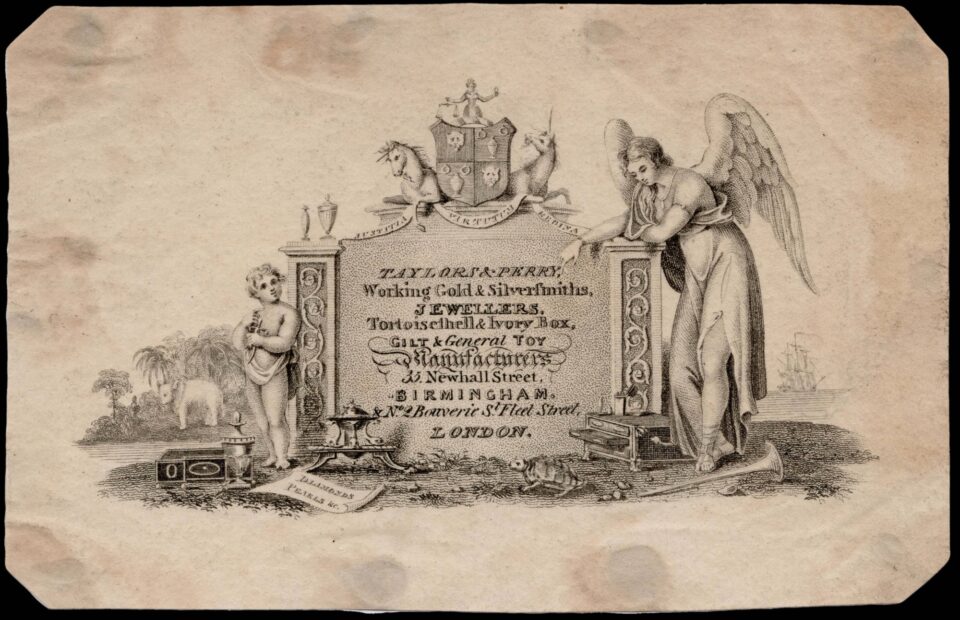