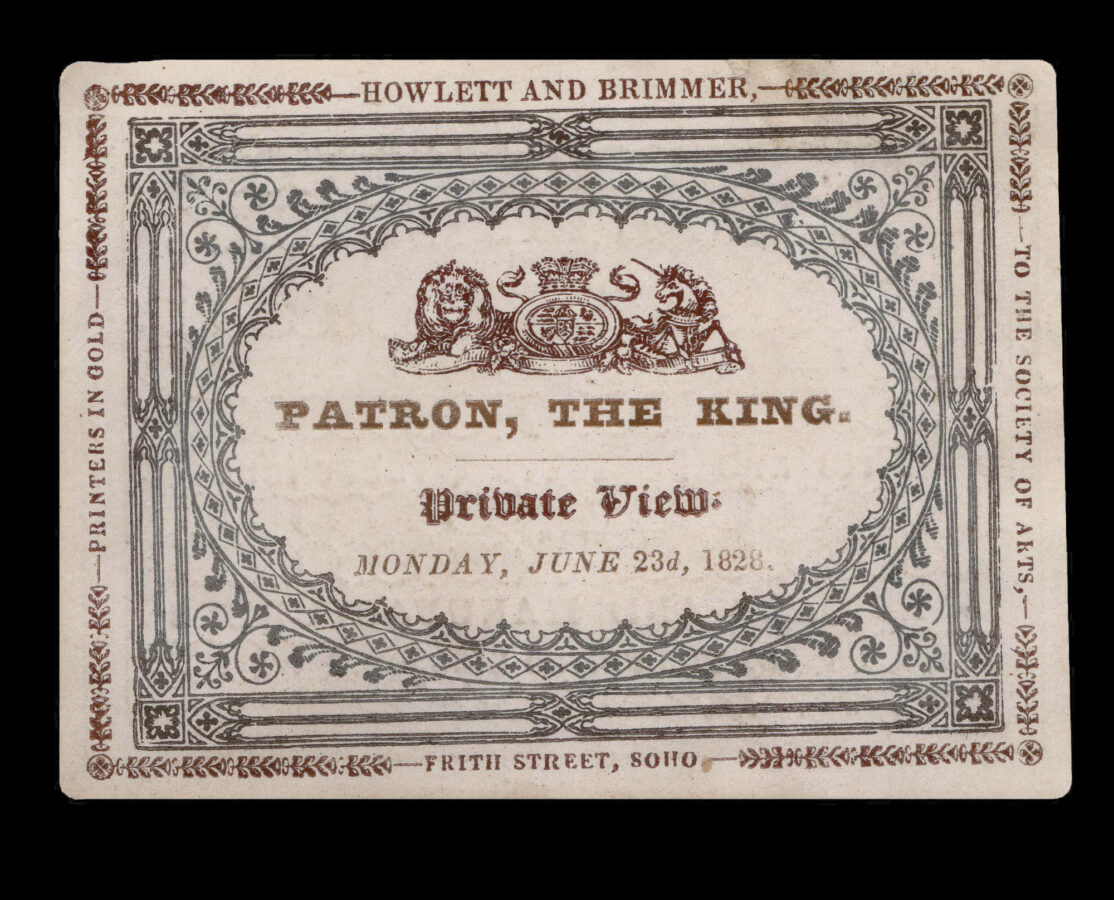 G is for Gold Printers

This elaborate invitation to a private view may well be associated with an exhibition held in 1828 at the ​‘National Repository, Royal Mews, Charing Cross: Of Specimens of New & Improved Productions of the Artisans and Manufacturers of the United Kingdom’, now the National Gallery, for which Howlett and Brimmer had printed the catalogue. The Society of Arts was founded in 1754, and granted a Royal Charter in 1847, and is now better known as the Royal Society of the Arts, or RSA.

Howlett and Brimmer were prolific printers who invented and perfected the art of printing in metallic ink, especially in gold. For their Royal Patron, William IV, they printed unique examples of gilt-heightened documents and books. Howlett ​“established his business in 1805, and for some years produced books and originary printing. In 1820 Mr. Brimmer became a partner, and enabled the firm to take a new departure by the invention of printing in gold.… Opera programmes, printed in 1830 by the firm in real gold, for the use of the King and Queen when they visited Drury Lane Theatre… nearly two hundred pages demy 8vo printed in real gold, and expensive curiosity, which we suppose it would be difficult to meet with elsewhere. About the same date the firm used to print in real gold on silk to be afterwards made up into ladies’ dresses, gentlemen’s waistcoats, &c. The firm celebrated the accession of the Queen by printing the Victoria Golden Almanack, and this brilliant little golden calendar and record of events has been printed every year during the Queen’s reign. The printing of Messrs. Howlett and Son appears now to be of every possible kind: it is in real gold, in gold and silver bronzes, colour, &c. You can see every kind of photographic process applied to printing, and you can see an endless variety of work, from a gold-tipped cigarette to a menu card for the royal table; from a hand-bill to a book of a thousand pages; from a pill-box label to a catalogue in gold and colours” (Cardwell).

The business appears to have been continued by Howlett’s wife or daughter, as the ​‘London Directory’ for 1843 records the firm of Elizabeth Howlett & Son at 10 Frith Street, Soho. 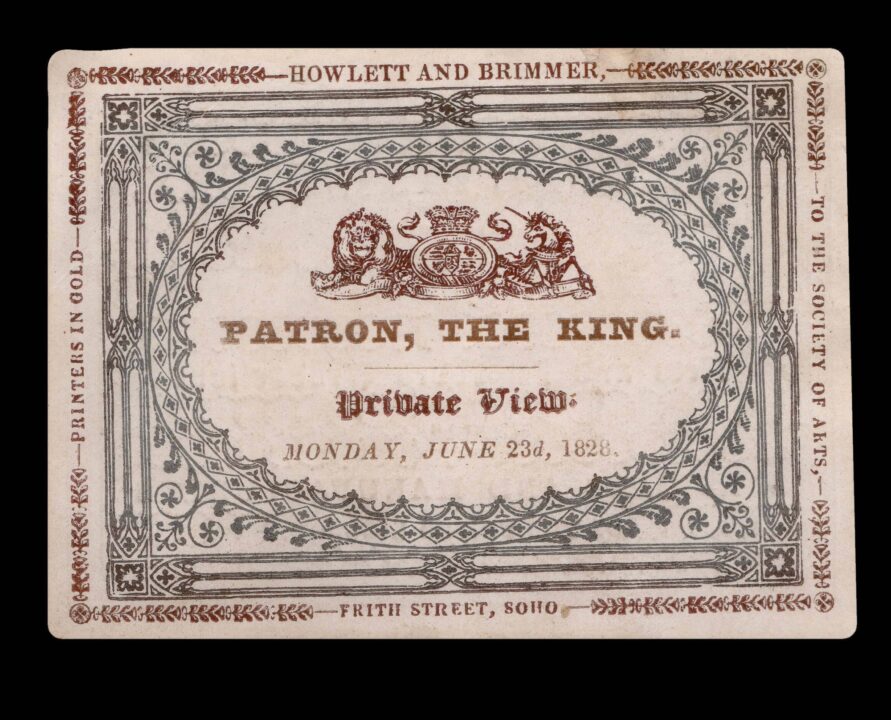