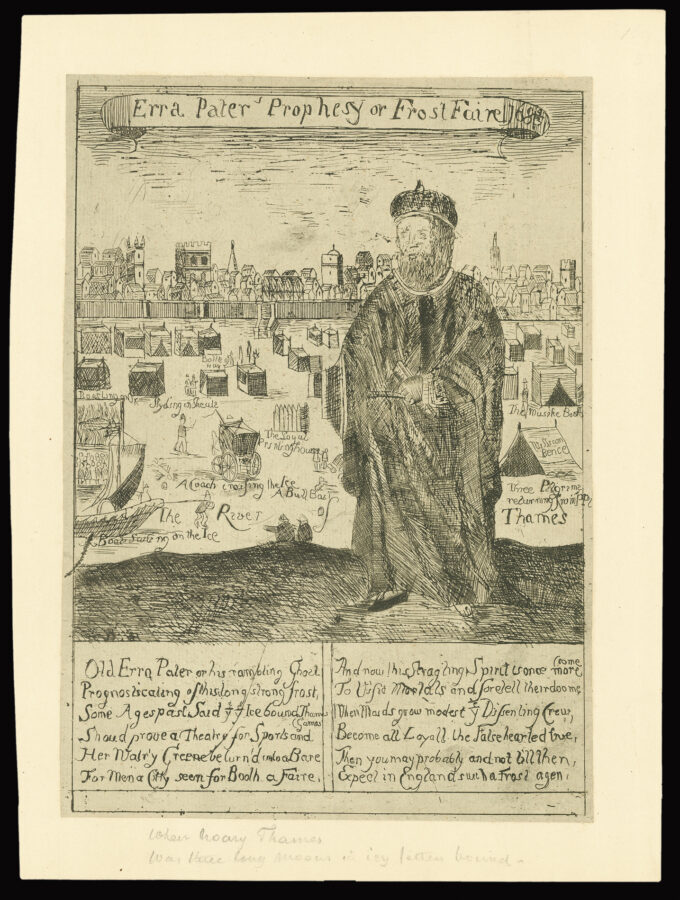 Frost Fair on the Thames

View of a figure called Erra Pater standing in front of a view of a frost fair on the River Thames. Erra Pater was the pseudonym of William Lilly, the almanac maker and Astrologer.

The Thames has known to have frozen on several occasion, however the great freeze of 1683–4 was the longest in London’s history. The diarist John Evelyn recorded that ​“Streetes of Boothes were set upon the Thames… all sorts of Trades and shops furnished, & full of Commodities… Coaches plied from Westminster to the Temple, and from several other stairs too and fro, as in the streets, sleds, sliding with skates, bull-baiting, horse and coach races, puppet plays and interludes, cooks, tippling and other lewd places, so that it seemed to be a bacchanalian triumph, or a carnival on water”.

Casing in on the carnival atmosphere was Croom the printer who sold souvenir cards written with the customer’s name, the date, and the fact that the card was printed on the Thames, all for six pence. Hew was said to be making £5 a day from his venture, which was at least ten times a labourer’s wage. Even King Charles II brought one when he and his family visited.

The present print is after an engraving of the same name. 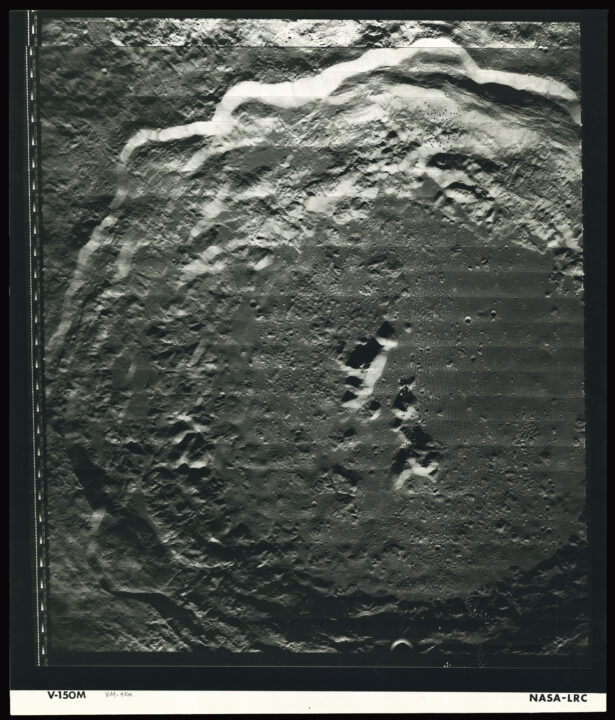