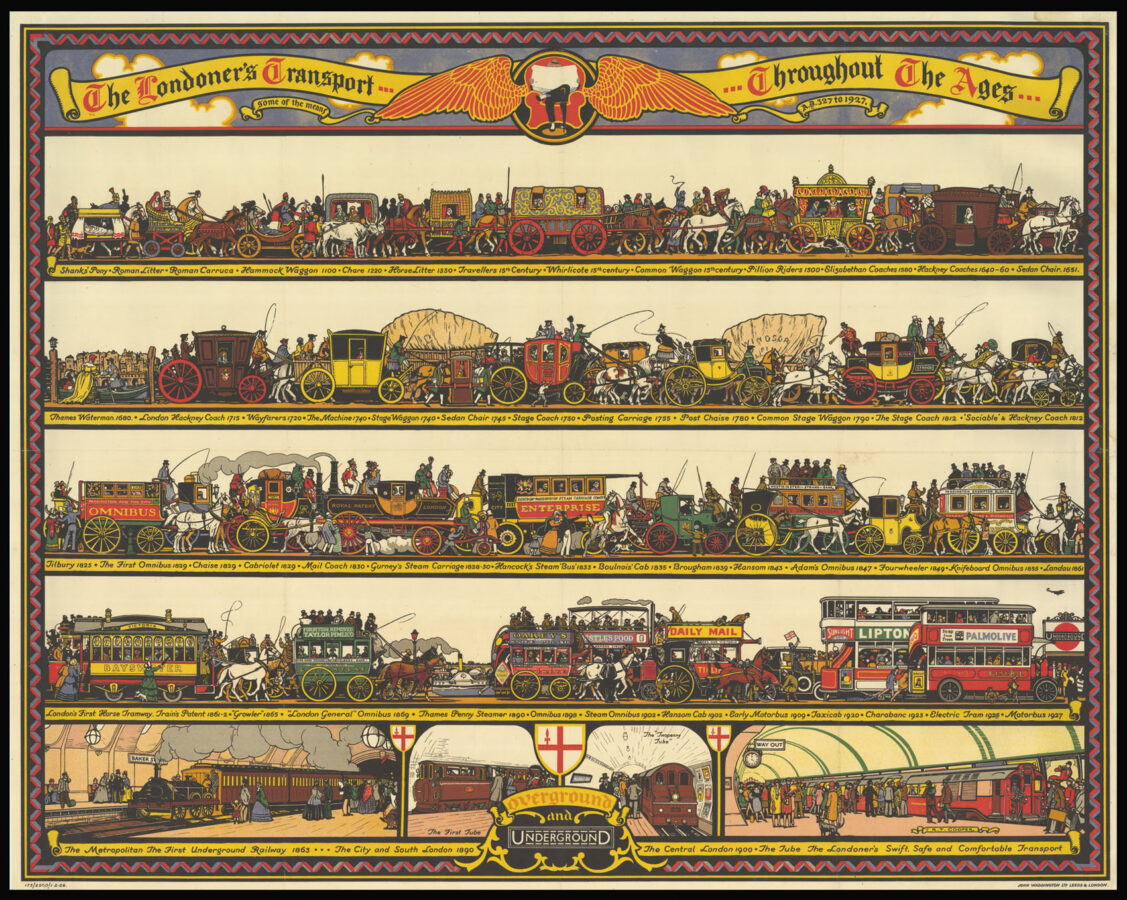 From Sedan Chairs to the Omnibus

The Londoner’s Transport Throughout the Ages.

Richard T. Cooper (1884–1957) was a graphic designer who created material for the London Underground Group from 1924 to 1935. When this poster was created, the Underground Group ran the tube lines, the three tram systems, and the main London bus company, all of which are shown in the poster.

The poster depicts an history of transport in London, from sedan chairs to covered wagons to a modern omnibus. The strip at the bottom has the overground and underground logos flanked by images of the two different types of trains, and each train pulling into a station, providing, as the text below assures the reader, ​“swift, safe and comfortable transport”.