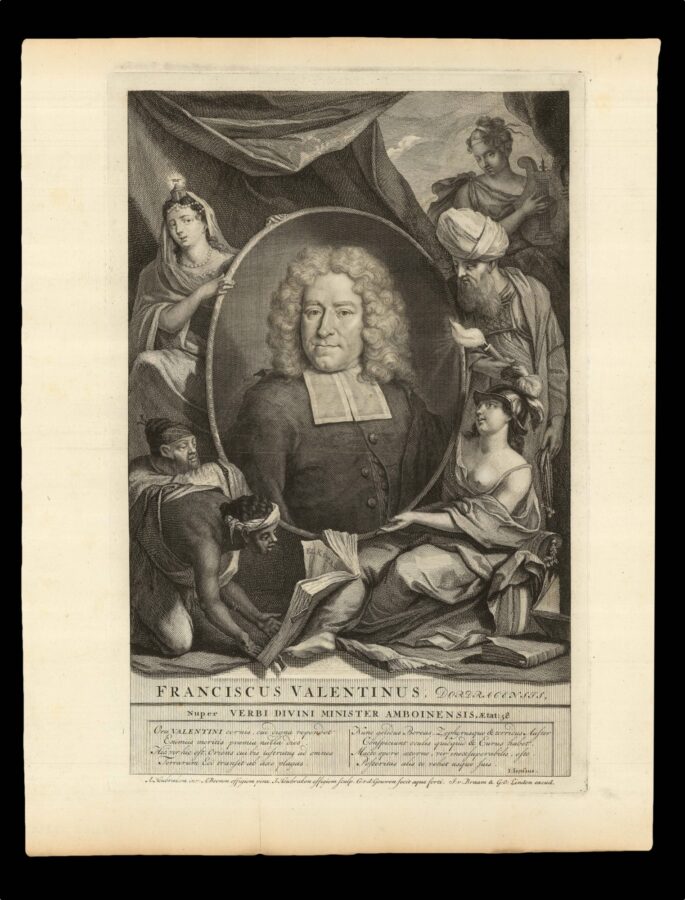 From 1724 to 1726, Dutch minister François Valentijn (1666–1727) published an eight-volume history of the East India Company entitled ​‘Oud en Nieuw Oost-Indiën’. As a resident of the East Indies and an employee of the Company, Valentijn had access to its extensive archives and the opportunity of conducting first-hand research. The encyclopedic work contained over one thousand engraved illustrations and numerous maps, which are generally regarded to be far more accurate than his history.

The frontispiece to the first volume of ​‘Oud en Nieuw Oost-Indiën’ was a portrait of Valentijn wearing a powdered wig, set within an oval supported by four allegorical figures representing the four continents, as well as a Muse and an oriental male figure. Beneath the image is extensive Latin text, the title noting that Valentijn had recently become a ​‘Minister of the Divine word in Indonesia’ (“nuper verbi divini minister amboinensis”). Further text beneath this, penned by J. Jensius, further extols the authors virtues.