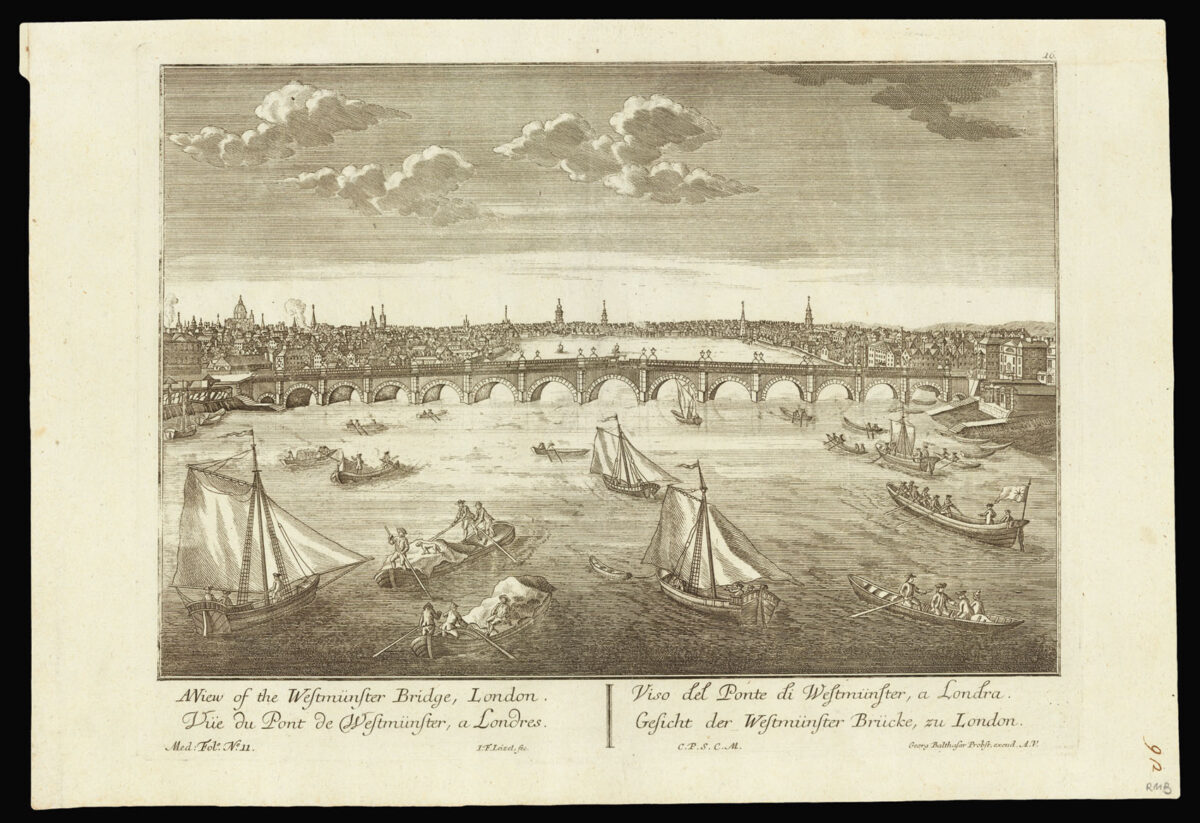 Four views of London by Georg Balthasar Probst, a German engraver who was best known for the optical prints he produced of European cities and landmarks. The prints could be viewed in a special device to give an impression of deepened perspective.

The prints show Westminster Bridge, with St. Pauls in the left background, after a 1753 print by Thomas Boydell; the Royal Exchange from Cornhill; the Monument erected to the victims of the Fire of London, designed by Sir Christopher Wren and Robert Hooke; and the Strand, including Somerset House, which would shortly be demolished and rebuilt by Sir William Chambers in 1775. 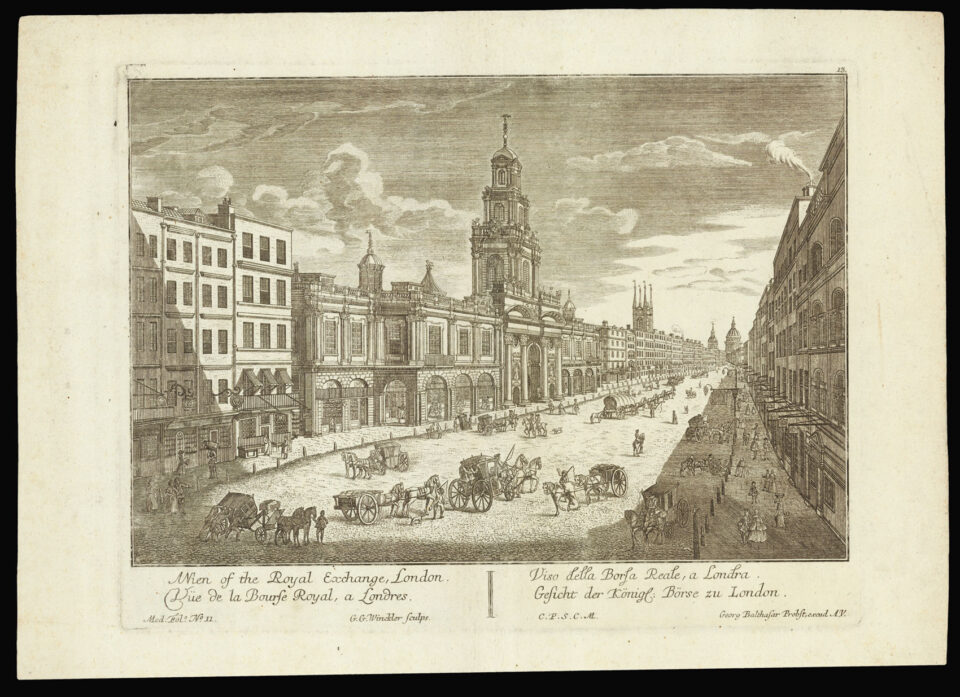 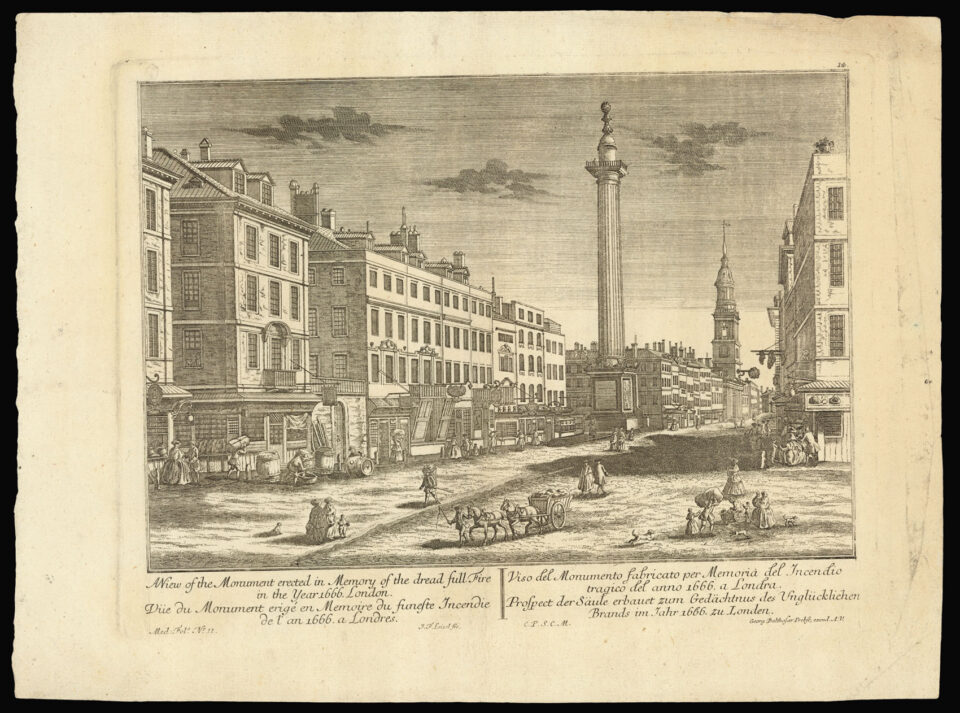 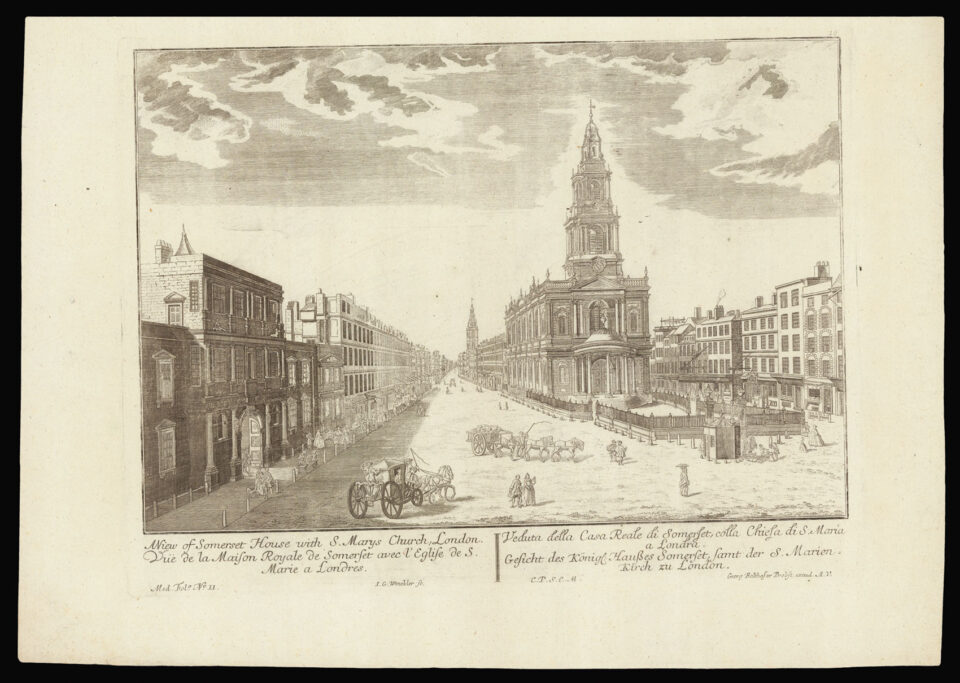