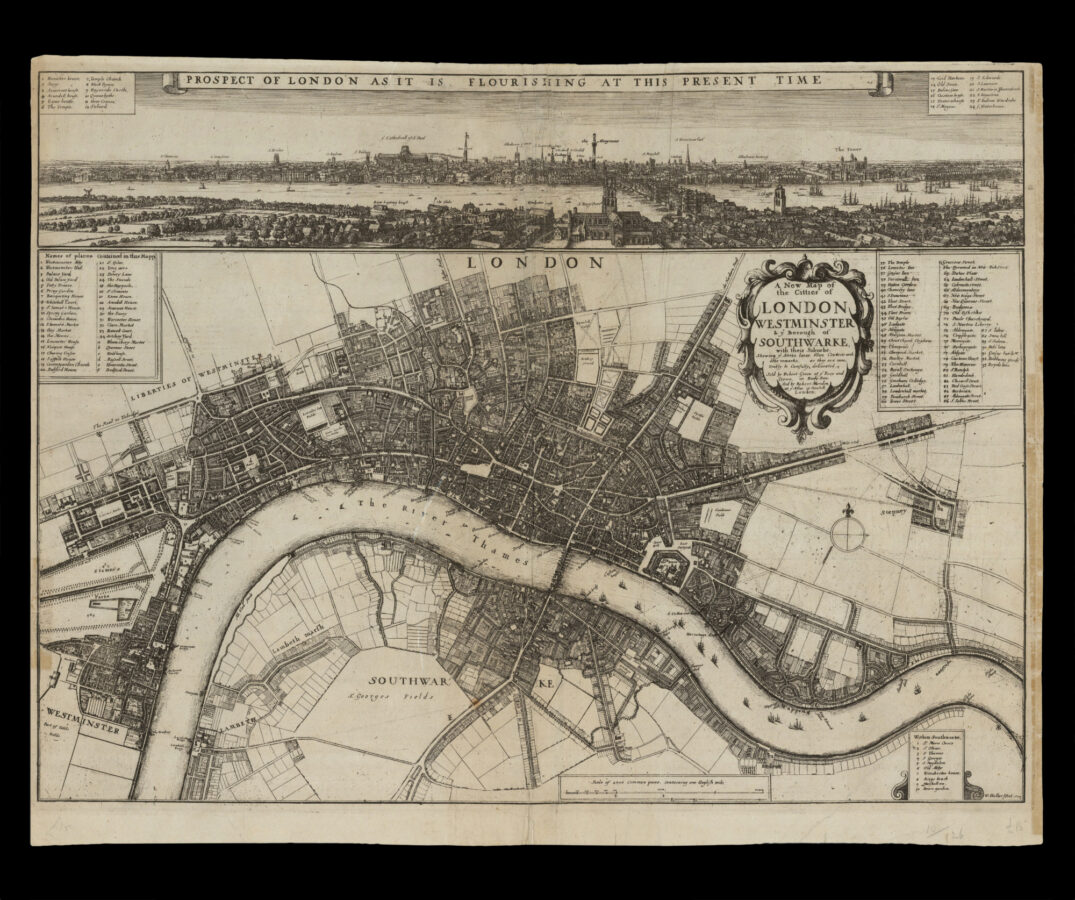 A New Map of the Citties of London Westminster & ye Borough of Southwarke with their Suburbs, Shewing ye. Strets, lanes, ALlies, Courts etc. with othe remarks as they. are now, Truly & Carefully delineated

Spanning central London from St James’s’ Part in the west across to Stepney in the east, and from Lambeth in the south up to Clerkenwell. As indicated in the title, the various geographical and topographical features of the city are shown in great detail, some labelled directly on the map but the majority identified by the 93-point key in the upper right- and left-hand corners of the map. Among these are ​“Westminster Abby”, St James’s House, Hay Market, ​“Charing Crosse”, Drury Lane, ​‘The Strond, the Savoy, ​“Bloemsbury Market”, Russell Street, Cheapside, ​“Mooregate” and ​“Pauls Churchyard”.

Above the map is ​“A Prospect of London as it is Flourishing at this Present Time”. Hollar’s print had originally shown a ​“prospect of London as it was Flourishing before the Destruction by Fire”, and the changes made here do not appear to be by the same hand. These changes include the addition of ​“the Monyment”, a new tall steeple on Bow church, and the alteration of the design of the Royal Exchange. The view still remains largely similar to the original, however, showing the city as seen from St George’s church in Southwark, and extending from the Savoy in the west to Limehouse in the east. Numerous churches and other prominent sites are labelled, including ​“the Globe” and the nearby ​“Beere bayting house”. On the river are several three-masted merchantmen, along with many smaller vessels. 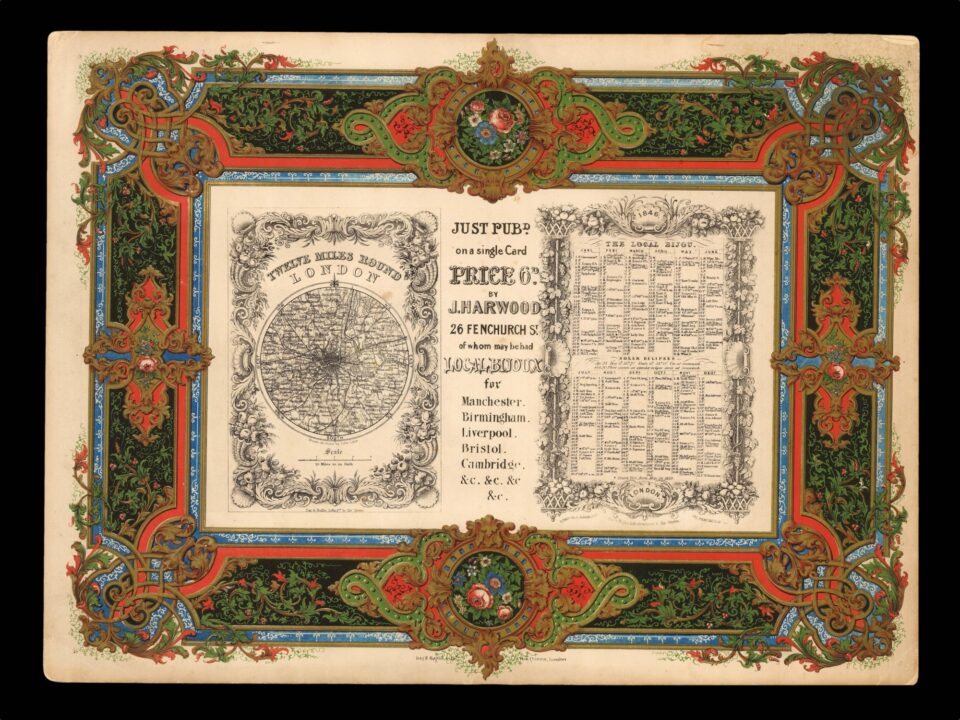 Lavishly lithographed prospectus from the house of Day & Haghe