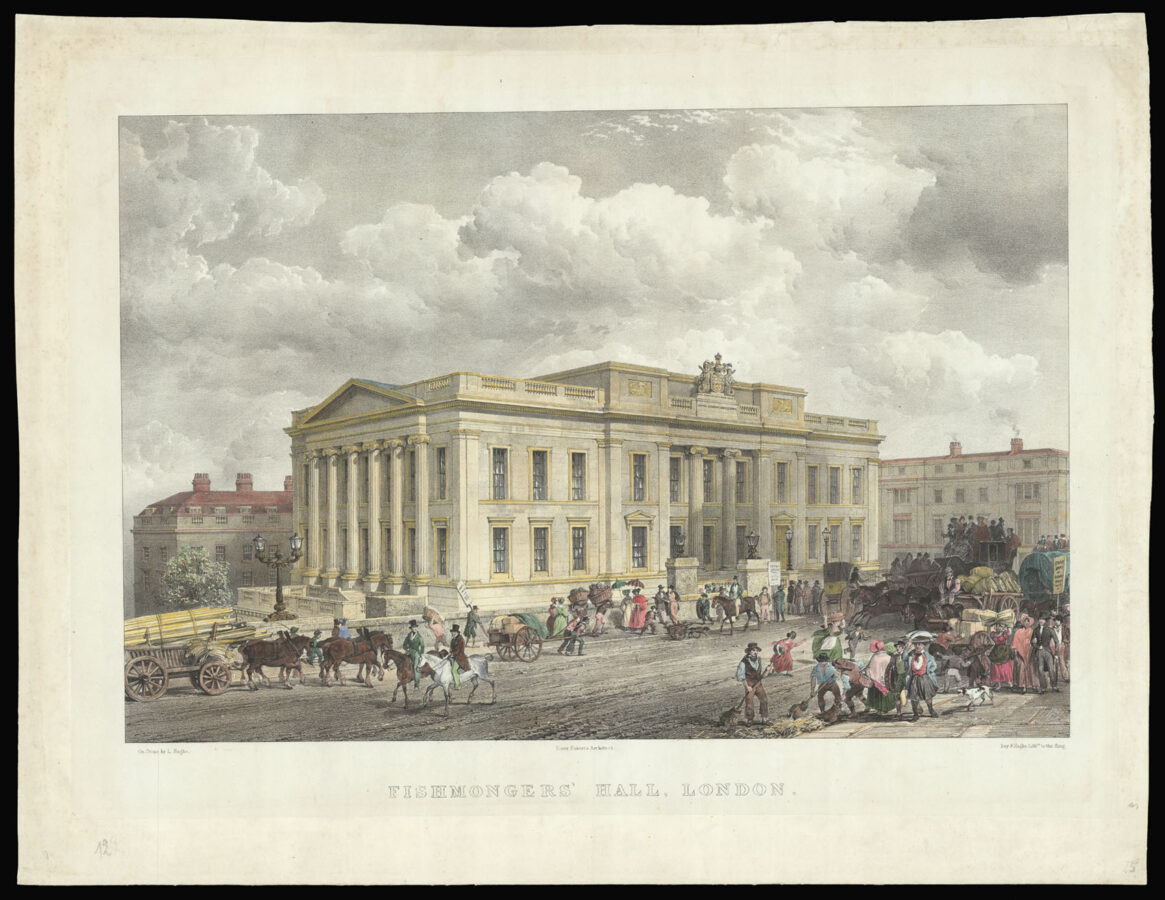 The livery hall of the Fishmongers’ Company was demolished in 1827 to make way for the construction of the new London Bridge. This print was presumably produced to celebrate the impending completion of the construction of the new hall. A competition was announced to find the architect, and 87 entrants applied. The eventual winner was Henry Roberts (1803–76), a British architect who had only set up his own practice two years before. The Fishmongers’ Hall, which stands to this day (albeit damaged during the Second World War), is his best known work.

William Day (1797–1845) and Louis Haghe (1806–85) formed a partnership which became one of the largest British lithographic firms of the nineteenth century, and was successful enough to gain a royal warrant in 1838. After William’s death in 1845 the company was run by his son W.J. Day, and in the early 1850s when Louis Haghe left to concentrate on watercolours the firm became known as Day and Sons.