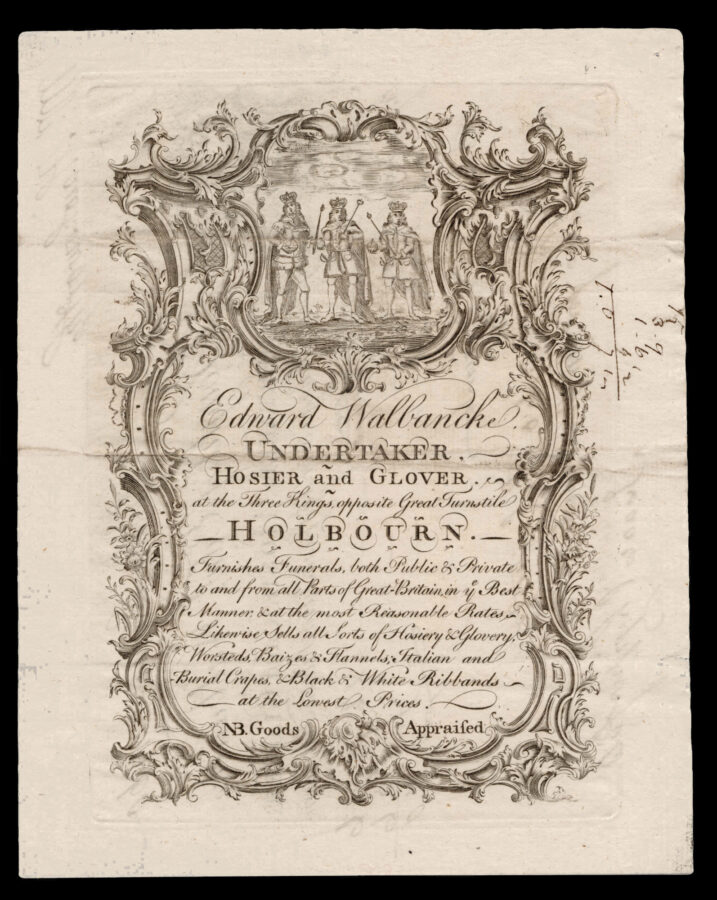 F is for Funeral Furnisher

As an undertaker, Edward Walbancke was undoubtedly aware of his own mortality, as proven by the fact that he was included, in 1778 and 1783, in a ​‘List of the Members of the Corporation of the Amicable Society’, which is considered the first life insurance company in the world. Sadly, Walbancke died at only 51 in 1784, upon which he was laid to rest in the family vault in Edmonton. According to the report in ​‘The Gentleman’s Magazine’, he was buried ​‘in great funeral pomp, six coaches and six following his hearse’.

During the following half-century, there were at least two other Edward Walbanckes working as undertakers in London, and despite sharing the same unusual surname, there is no clear family connection between them. The present trade card was almost certainly that of the first Walbancke, and was likely produced during the mid-eighteenth century, as his address is specified not with a number but by the sign of the Three Kings that hung above his premises and which is illustrated at the top of the card.

The trade card explains that Walbancke ​“furnishes Funerals, both Public & Private to and from all Parts of Great-Britain in ye Best Manner & at the most Reasonable Rates, Likewise Sells all Sorts of Hosiery & Glovery, Worsteds, Baizes & Flannels, Italian and Burial Crapes, & Black & White Ribbands at the Lowest Prices. NB. Goods Appraised”. This text is framed by an ornate border. 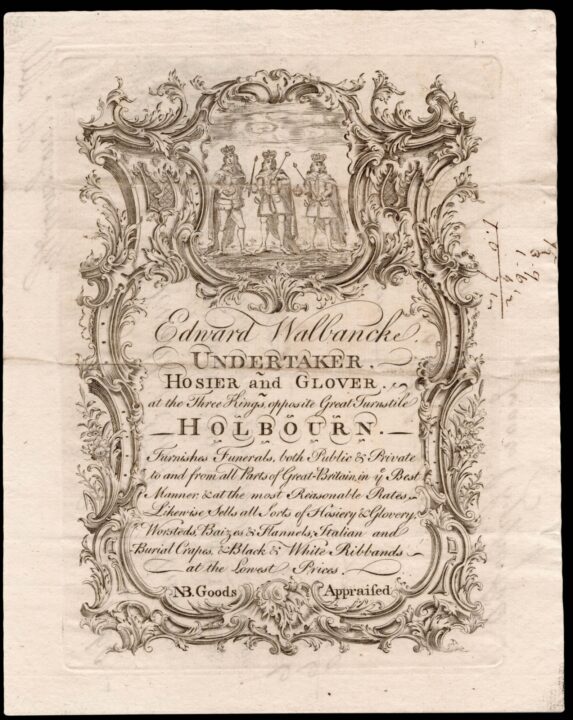