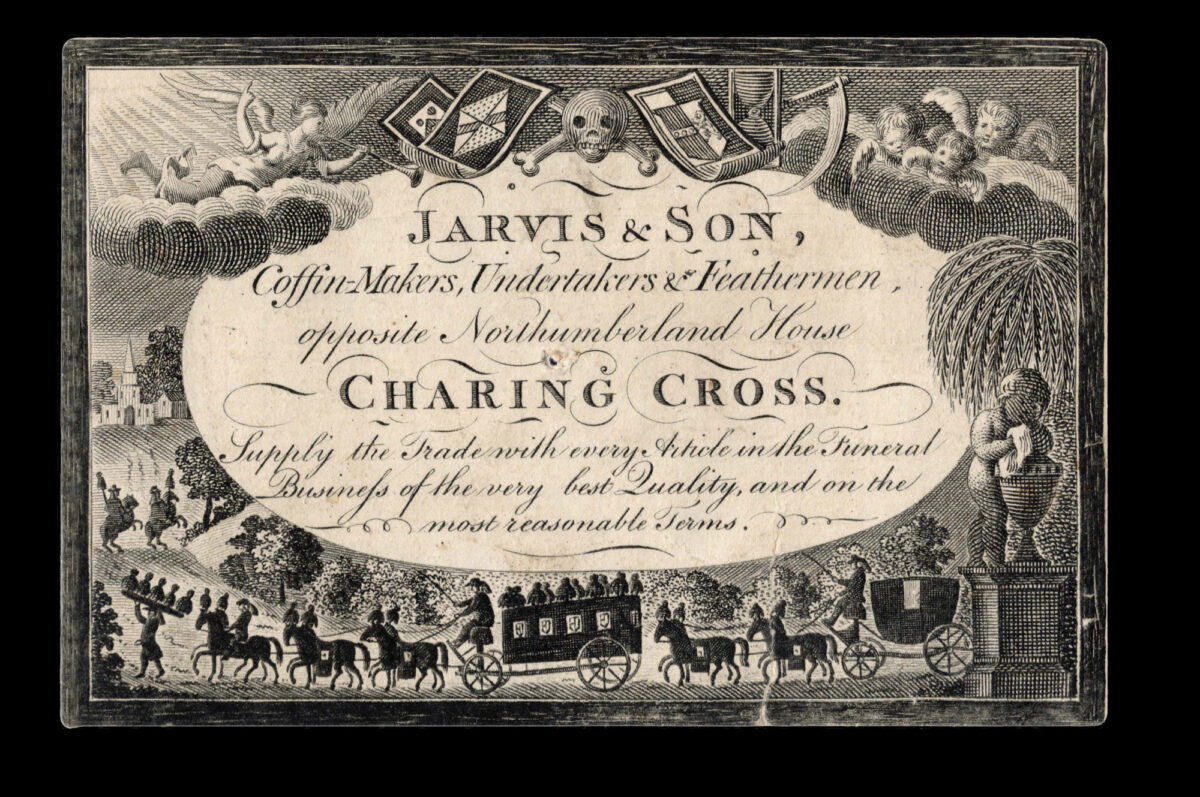 Jarvis & Son, Coffin-Makers, Undertakers & Feathermen opposite Northumberland House Charing Cross. Supply the Trade with every Article in the Funeral Business of the very best Quality, and on the most reasonable Terms.

Resplendent with memento mori, this trade card features the most elaborate and solemn of funeral processions. Striding out ahead of the cortege is the Featherman: a figure traditionally dressed in all-black, but occasionally sporting a skeleton costume, bearing a coffin lid adorned with tall jet-black ostrich feathers.

Richard (1774–1848) and Anne Jarvis (1780–1836) established their funerary business in Charing Cross in the last years of the eighteenth century. They were exceedingly successful, and expanded to include establishments in Marylebone, Long Acre and Piccadilly. From 1810, they held a patent for a design feature for their coffins that prevented grave-robbery. The Jarvis’s had six children that survived to adulthood, including four sons. 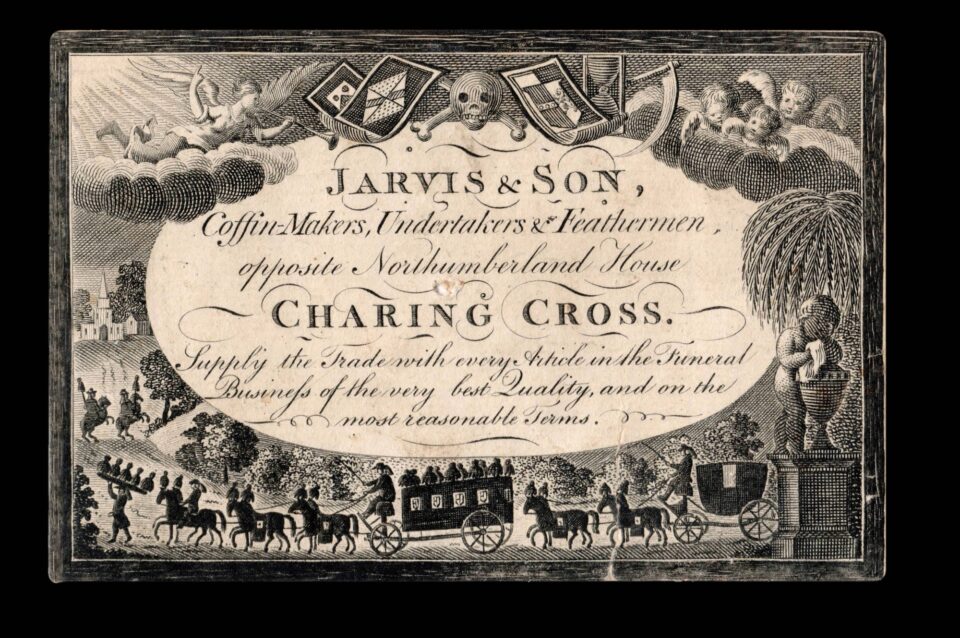