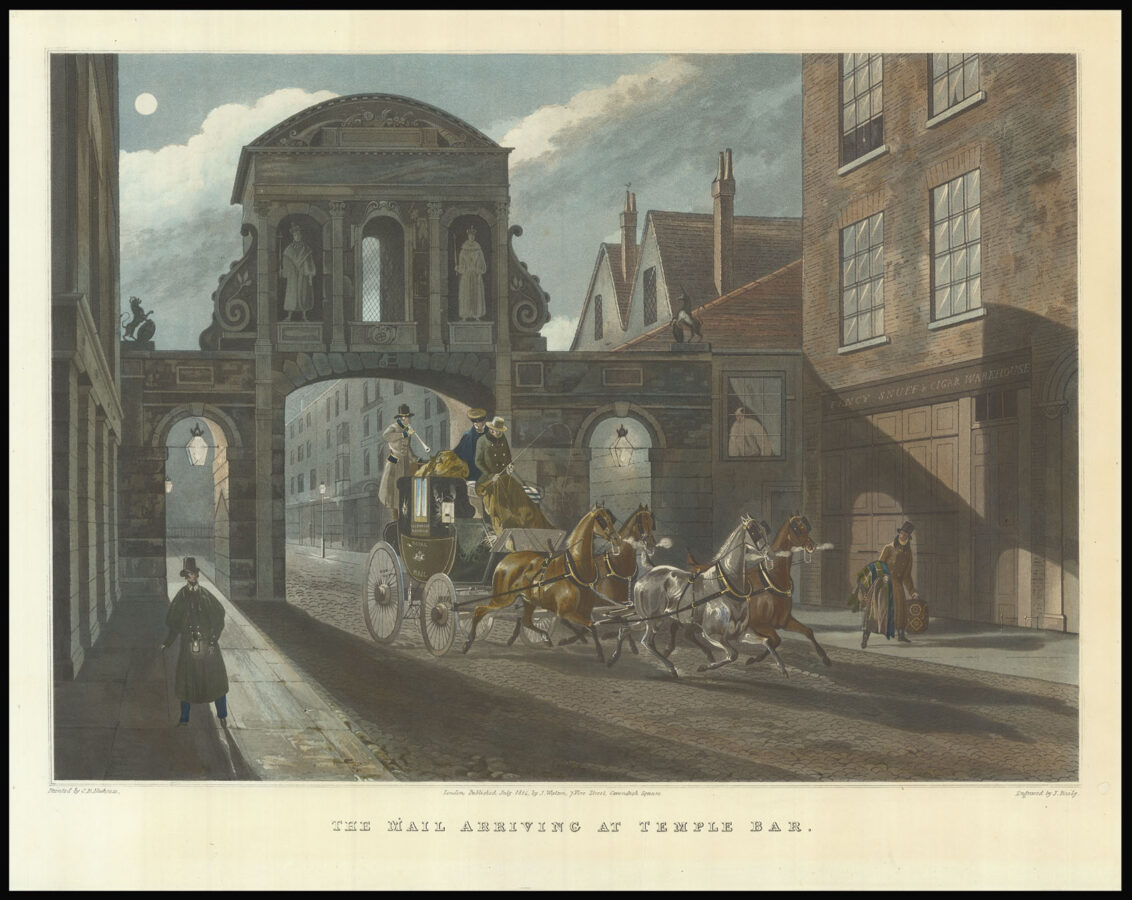 The Mail Arriving at Temple Bar.

A nightime scene showing the Devonport Royal Mail coming in through Temple Bar in the Strand, heading to the Lombard Street Post Office. Temple Bar marks the boundary between the City of London and Westminster; the gate is topped by statues of King James I and his wife, Anne of Denmark, with the lion and unicorn supporters from the royal coat of arms.

The guard at the back of the carriage is blowing a trumpet to warn passengers and the gatekeepers of their arrival, and has awakened a figure in nightcap and gown who peers from the window to the right. The passage of the coach is observed by a traveller with a carpet bag and a night watchman with a torch hanging from his belt, who would patrol the streets and call out the times.