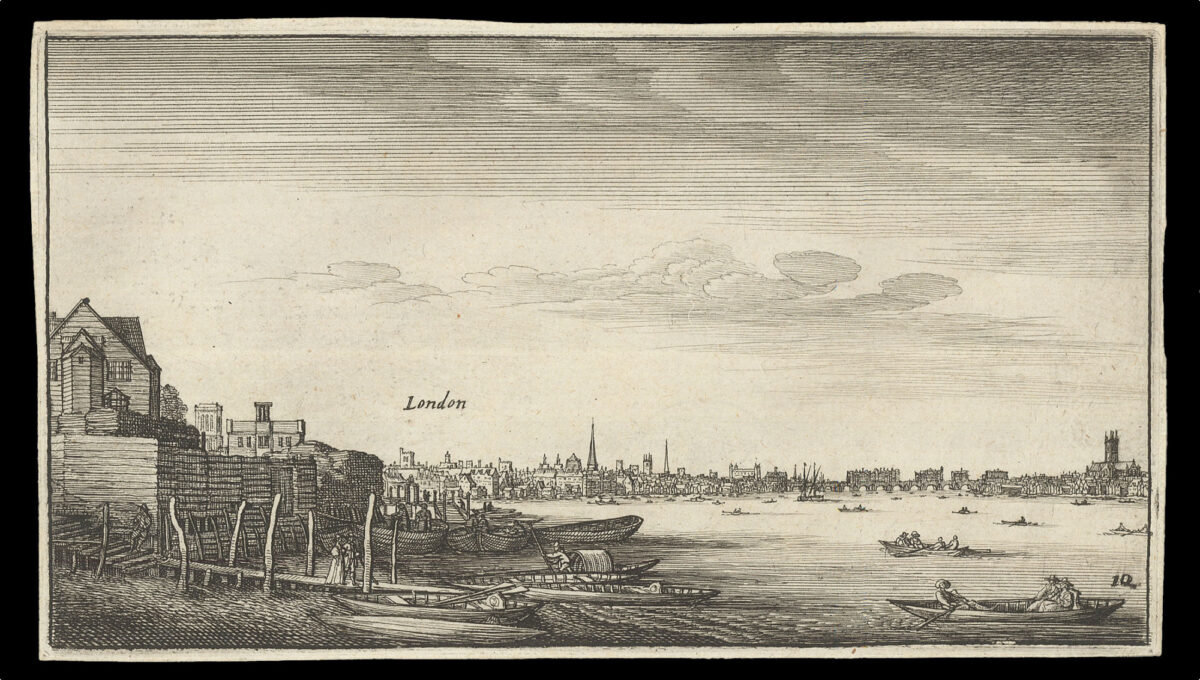 London [and] White Hall [and] Tootehill Fields [and] Windsor

In 1644, Hollar produced a set of four views featuring impressive English buildings. The first of these shows the London skyline as seen from Milford Stairs below Arundel House, where he was then staying with his patron Thomas Howard. In the foreground a couple walk along a wooden landing stage around which small rowing boats are moored. In the background the tower of St Mary Overy, the Tower of London and London Bridge are visible. The title ​“London” seems to be by another hand.

The second view also features the River Thames (“Thames flu.”), looking across the low water to Lambeth Palace. In the foreground the north bank of the Thames is occupied with a range of buildings, some with stairs leading directly down to the water’s edge. A two-storied wing at the centre has a slope leading down to a collection of ferry boats, which passengers could use to cross the Thames, as indeed numerous figures are doing in Hollar’s view. Unlike the Privy Stairs further up river which led directly through a passage to the quarters of the royal pages and royal cooks, Whitehall Stairs was a public landing place.

The third view is from Tothill Fields, an area of Westminster just south of St James’s Park on the northern banks of the Thames. In the centre foreground is a summer house enclosed by bushes but it is the buildings in the distance that are most notable. In the centre ​“St Peter in Westminster” is identified as part of the Abbey, and just to the right ​“St Paul in London”. Figures and horses are also shown wandering the fields of ​“Tootehill”. The final view is further removed from London, showing Windsor Castle from the south east across a large field across which a coach escorted by 11 armed horsemen hurry towards the structure. A few spectators look on while others continue on their walk. 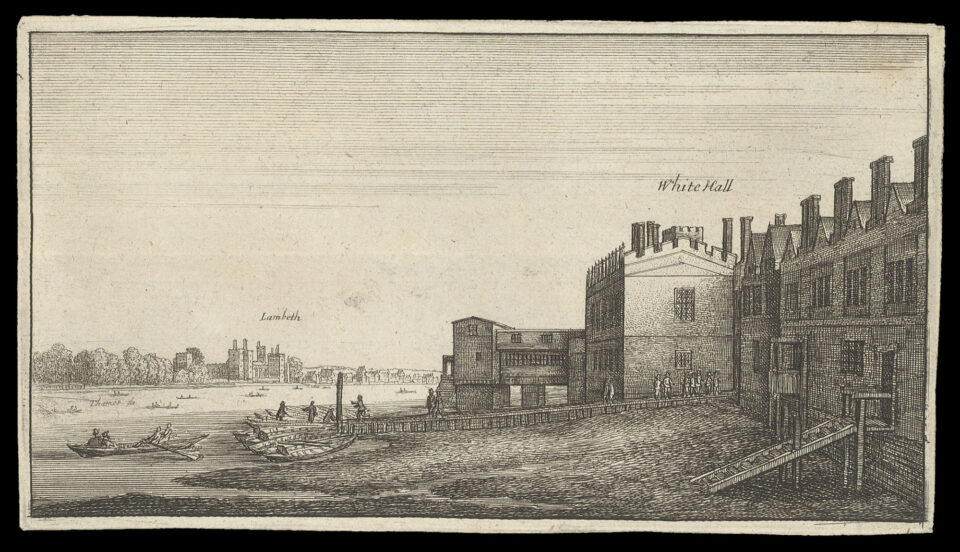 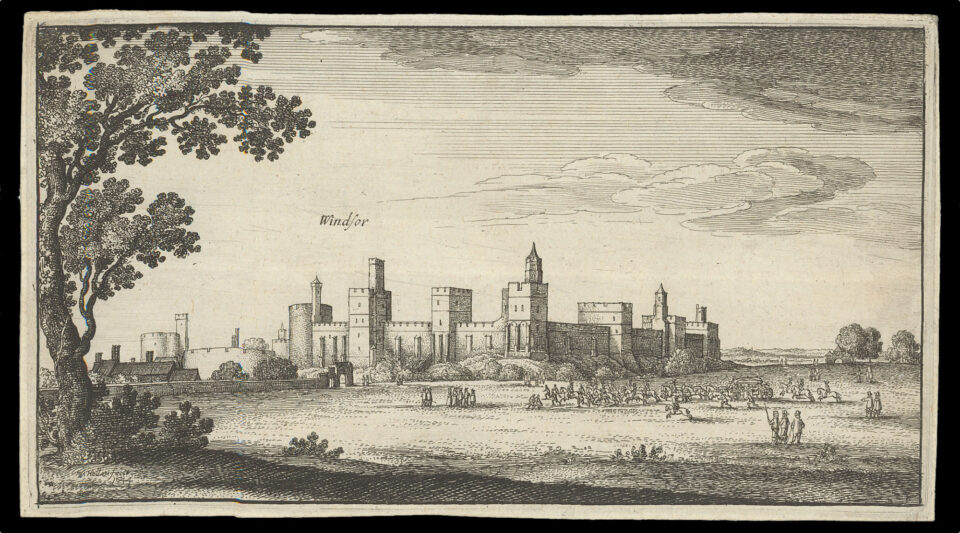