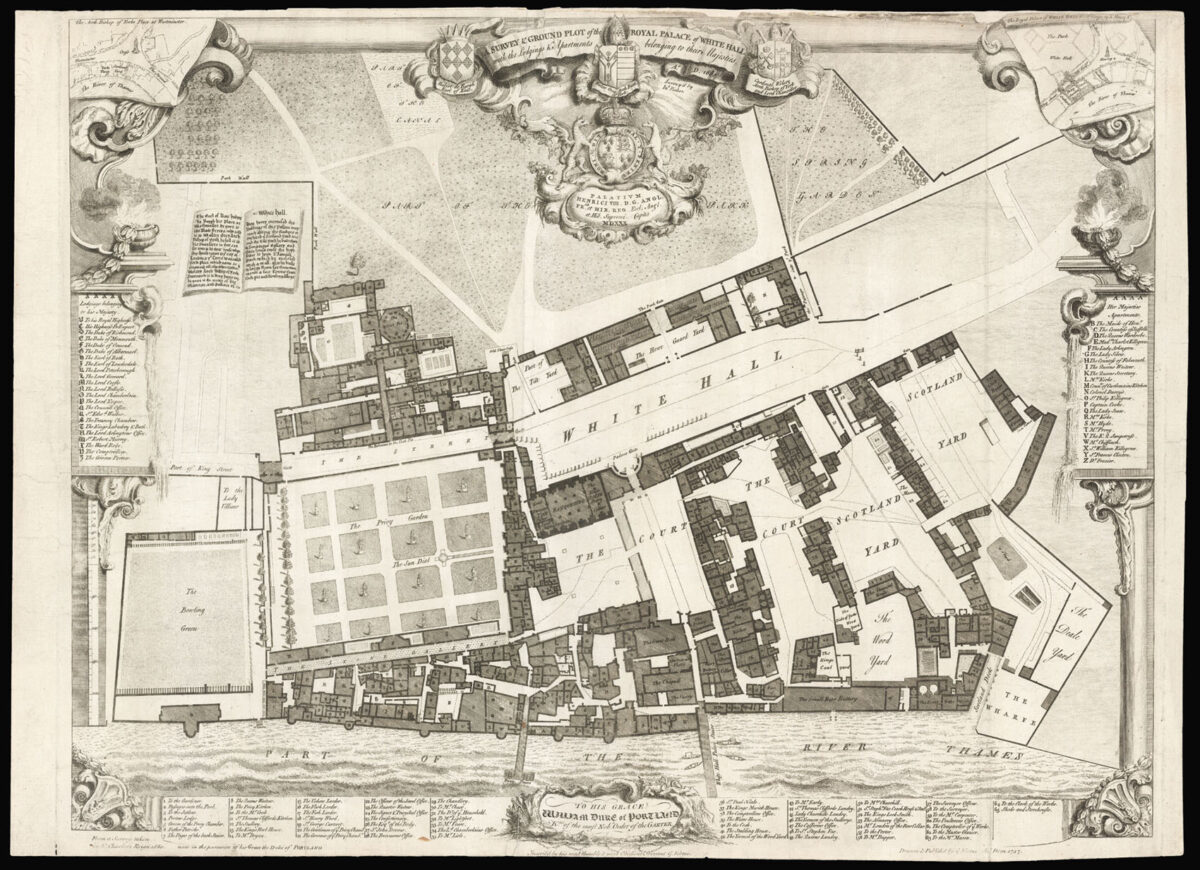 A Survey & Ground Plot of the Royal Palace of White Hall with the Lodgings & Apartments belonging to their Majesties.

A reissue of John Fisher’s 1680 survey of Whitehall, showing Scotland Yard, Horse Guards, and the River Thames. At the upper corners are small plans of the Archbishop of York’s palace at Westminster and the old Palace of Whitehall in 1698. The title cartouche is held up by the crests of Hubert de Burgh, Earl of Kent, Walter Grey, and Cardinal Wolsey, both Archbishops of York. Together, they represent the history of the site before it became Whitehall. Hubert de Burgh was an Angevin nobleman who was one of the guarantors of the Magna Carta, and defeated an invading French fleet at the Battle of Goodwin Sands in 1217. He had a mansion on the site in the 1230s. The land as sold to Walter Grey, possibly to raise money for the Crusades, who in turn made it the official residence of the Archbishops of York, gifting it to the diocese. It remained their seat until Cardinal Wolsey became Archbishop. After his fall, Henry VIII took York Place as his official London residence, renaming it Whitehall. The royal arms are underneath, with an acknowledgement of Henry’s ownership.

In the plan itself, the various apartments are numbered, with a key at the bottom showing who they belong to.

The plan is dedicated to William Bentinck, 2nd Duke of Portland, in whose possession the original survey was, according to an inscription at the lower edge. George Vertue (1684–1756) was an engraver and antiquary, whose patron was Margaret Bentinck, Duchess of Portland, who presumably enabled Vertue to copy the survey.