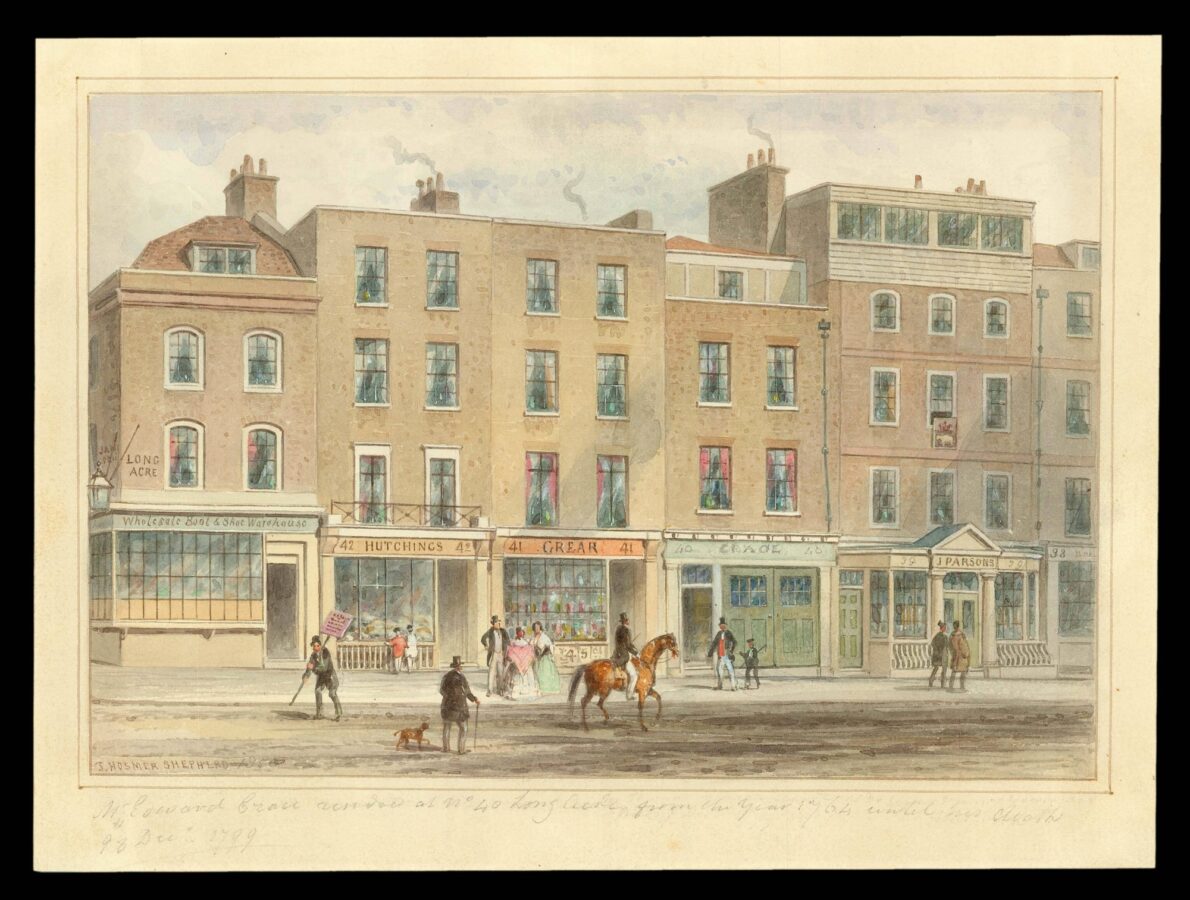 Frederick Crace’s pencilled note beneath the image records that ​“Mr. Edward Crace resided at No. 40 Long Acre from the year 1764 until his death 18th December 1779.

Thomas Hosmer Shepherd (1793 – 1864) came to prominence when in 1826, Jones & Co. commissioned a series of views of London’s newest buildings, streets, and squares from him for inclusion in ​‘Metropolitan Improvements’ (1827). His now familiar images were subsequently reworked and re-issued Charles Frederick Partington’s ​‘Natural History and Views of London’ (1835) and Charles Knight’s ​‘London’ (1841–4). Between 1809 and 1859 Frederick Crace commissioned Shepherd to make watercolours of specific London sites