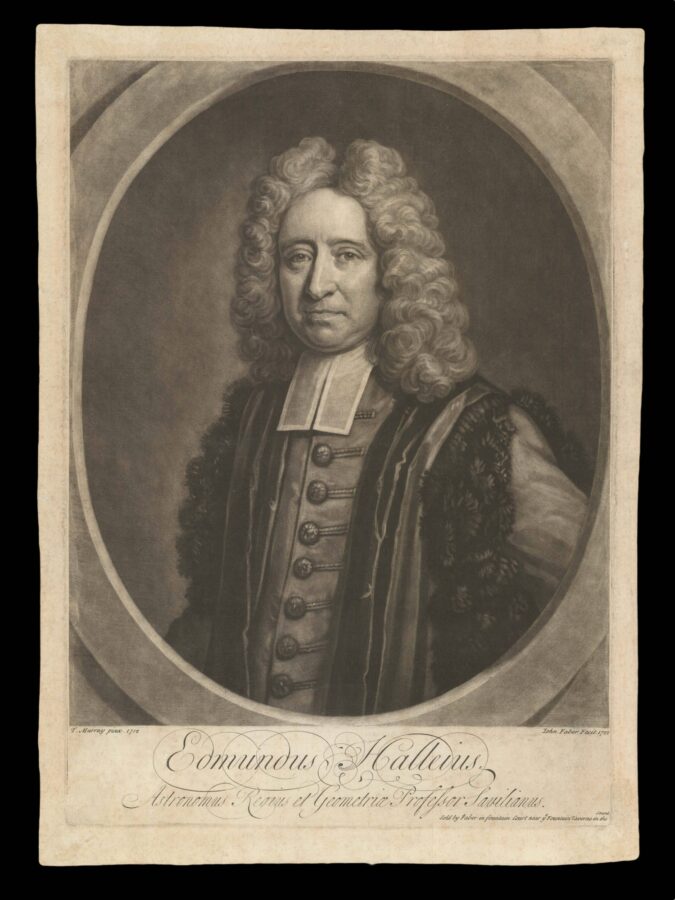 Edmund Halley (1656–1742) is one of the great scientists of any nation, famed as an astronomer and geographer of enormous influence, most importantly on the theories of Isaac Newton. Halley was also a celebrated mapmaker, bringing his scientific training to bear in producing a new generation of maps incorporating the newest scientific data.

The portrait was published by John Faber II (c1684-1756) after a portrait by Thomas Murray (1663–1735). Faber II was the son of John Faber I, born in Amsterdam, he emigrated to England in about 1698. He attended the academy in St. Martin’s Lane, and became the leading mezzotint engraver of his day: engraving two series after Godfrey Kneller — twelve Hampton Court Beauties (1727) and forty-seven portraits of members of the Kit-Cat Club (1735). He also completed forty-two mezzotints after portraits of Thomas Hudson and fifteen after Allan Ramsay; and made mezzotints after Philip Mercier’s paintings.