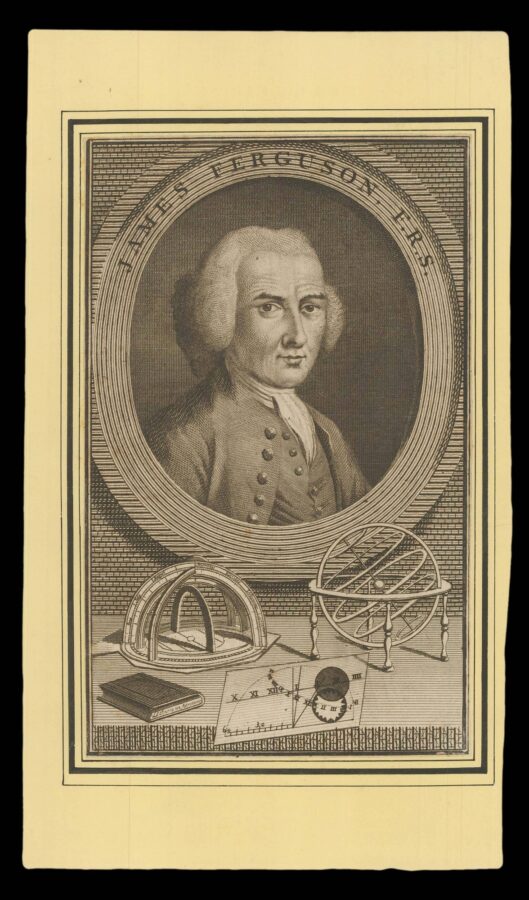 Edmond Halley (1656–1742) is one of the great scientists of any nation, famed as an astronomer and geographer of enormous influence, most importantly on the theories of Isaac Newton. Halley was also a celebrated mapmaker, bringing his scientific training to bear in producing a new generation of maps incorporating the newest scientific data.

Published by John Hinton for his ​‘Universal Magazine’ (1747–1814) after a portrait by Sir Godfrey Kneller (1646–1723). Kneller was originally from Lübeck, trained in Amsterdam, possibly under Rembrandt, but settled in London 1676. He was appointed Principal Painter to William III and Mary in 1688, knighted in 1692, made baronet in 1715, and appointed Governor of the first Academy in England in 1711.