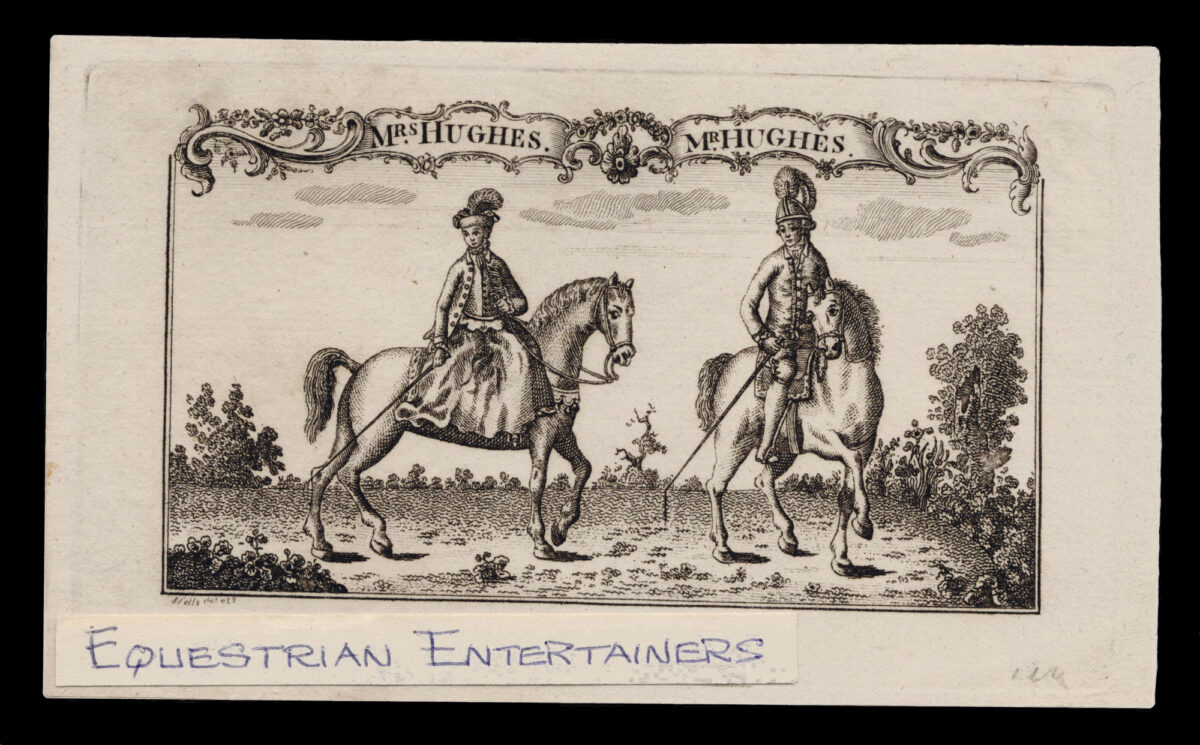 E is for Equestrian

In 1772, equestrian Charles Hughes published ​‘The Compleat Horseman: or, The Art of Riding made Easy’, which he sold at his riding school ​“near Black-friars Bridge” for one shilling. The frontispiece to this specialised work showed an illustration of Mr Hughes and his wife, the latter providing an example of how ladies could ​“fit gracefully, and. ride with Safety”. Three pages of the short book are dedicated to ​“Directions for Ladies to Ride Gracefully”, although no further mention is made of Mrs Hughes in particular.

They had opened their school together on Easter Monday 1772, and soon gained great renown for Hughes’ daring stunts. The following year they toured Hungary and France with their equestrian show, but in 1774 their. company was forced to close because they had no licences for music and dancing. From there travelled throughout Europe to France, Sardinia, Naples, Spain, Portugal and Germany, and also visited Morocco. In the meantime the British government granted Hughes permission to continue performances so that by 1775 the couple were able to reopened their business as the Amphitheatre Riding-House.

In 1782 Hughes opened the Royal Circus and Equestrian Philharmonic Academy at Blackfriars Road, which included a stage as well as the arena. Thus horse-riding was incorporated into the circus, an innovation which proved hugely popular: at the opening on 2 November 1782 more than half the people attempting to enter had to be turned away. After a decade in the circus, Hughes turned to another lucrative trade, that of supplying high-quality horses to wealthy Russians.

In this way, he found favour with Catherine the Great’s courtier Count Orlov, who invited the Hughes to visit St. Petersburg with a troupe of performers and circus horses. Catherine consequently ordered imperial circuses to be built at St Petersburg and Moscow, which Hughes operating the equestrian side of things. When a legal challenge arose in England, he sold his remaining stallions to Catherine and returned to London, where he spent his. remaining years providing horses hunts until his death in 1797. The death of Mrs Hughes, previously Miss Tomlinson, is not recorded. 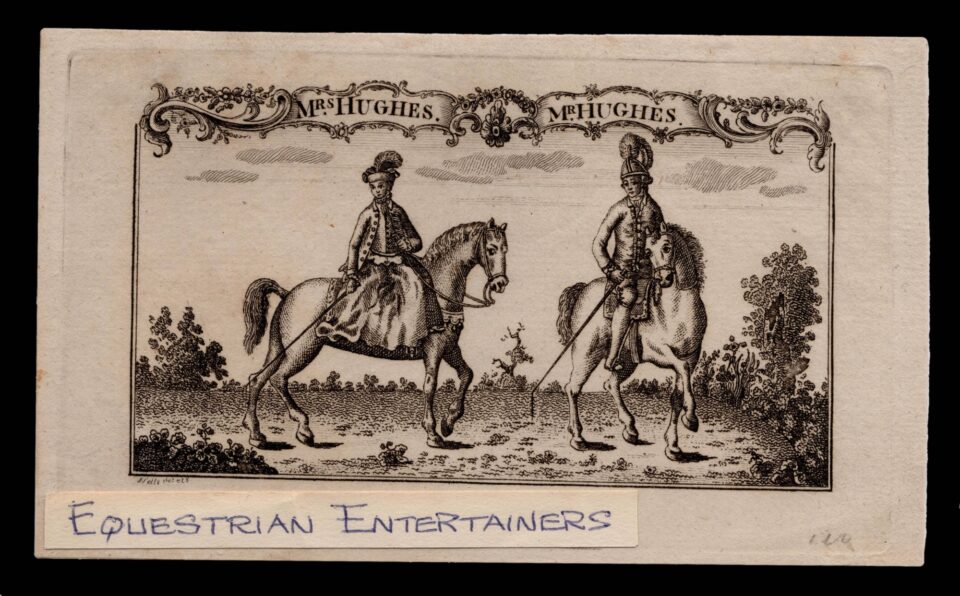